Blog - Latest News
You are here: Home / Newsflash / Ikeys to start with a bang 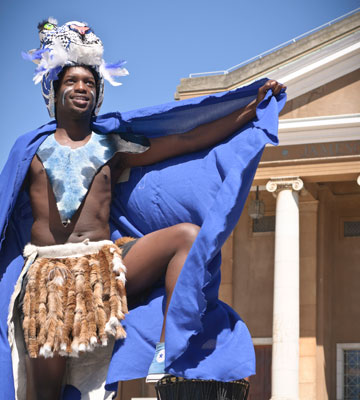 The FNB Ikey Tigers will be out for revenge when they take on the FNB NMMU Madibaz in their Monte Taljaard trophy clash in Cape Town on Monday 19.00 on the Green Mile

The Cape Town students had held the Monte Taljaard trophy – which commemorates a stand out Ikeys flank who hails from PE – ever since its inception. But the Ikeys went down to the Madibaz in heart-breaking fashion last year to surrender the trophy, so they will be determined to put things right at the Green Mile in their opening Varsity Cup clash.

After a rather poor start to their Varsity Cup campaign last year, losing their first game to FNB UFS-Shimlas at the Green Mile, the Tigers are determined to start their 2013 Varsity Cup season off with a massive bang.

With a mix of experienced campaigners from last season, Young Guns being promoted to the senior side and a few new faces to the Ikeys squad, Tigers head coach, Kevin Foote and the rest of his coaching staff will seek to find the perfect combinations to execute a well-structured plan.

They are set to continue with their rich tradition of running rugby going into the 2013 season. In what was seen as a rather gloomy 2012 Varsity Cup season for the Ikey Tigers, and they will be keen to bounce back quickly.

To make sure that things go according to plan new captain Levi Odendaal has his work cut out for him ensuring that the troops know exactly what is expected of them when the Varsity Cup season gets underway in a few days time.

The starting line-up includes a number of exciting players, including Kenyan Sevens ace David Ambunya who takes his place at outside centre and imposing Under-20 loosehead prop Sti Sithole. Josh Katzen the former UCT U20s captain and most promising WP U21 player of 2012 starts at 8th man and will look to link with experienced vice captain Liam Slatem at scrum half.

Monday’s match at UCT is played at 7pm which makes it much easier for supporters to get to Upper Campus and find parking compared to the early kick off.

For all our fans who can’t attend, we have a special dedicated field side radio commentary set up that will give you live updates.

On a computer or laptop via www.loudradio.tv. and click on the GET LOUD button.

On all smartphones or tablets bookmark www.loudradio.tv and click on the GET LOUD button.

For older BlackBerry users – OS5 or lower – download the app from http://www.loudradio.tv/get-loud.html

Listeners can also tune in via Facebook through http://www.loudradio.tv/get-loud.html

About The Monte Taljaard Trophy
Scroll to top