Ikeys to run out one last time

You are here: Home / Ikey Tigers / Ikeys to run out one last time 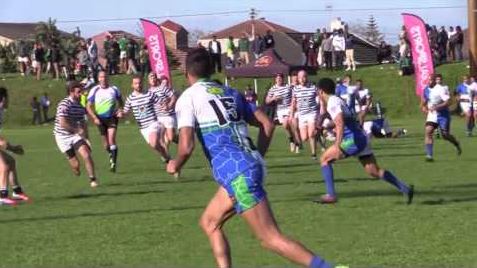 Ikeys to run out one last time

The FNB Ikey Tigers are set to face SK Walmers in the final game of their 2017 WP Super League A campaign. After narrowly missing out on victory against Victorians on Wednesday evening, the team will be hoping for a strong end to their season at the Green Mile.

“It was a very tight game. Unfortunately, we weren’t able to play at the level we were at during our last few matches. We didn’t display that kind of form,” said coach Esterhuizen when speaking about Wednesday’s loss to Victorians.

Wednesday marked the first match day in a significant period of time on which all four teams from the University of Cape Town fell short of victory, with the second, third and u20 teams all losing their respective fixtures.

Attention now turns towards Saturday afternoon, which brings with it the opportunity for the FNB Ikey Tigers to play without any pressure and end their season on a high note.

“We’re going to go out there and have fun because all the pressure is off now. Hopefully we’ll get the result if we run at them and keep the ball,” Esterhuizen said.

The final FNB Ikey Tigers team for the season is:

The match against SK Walmers is set to kick off at 15:30 on Saturday, the 26th of August at Groote Schuur A.