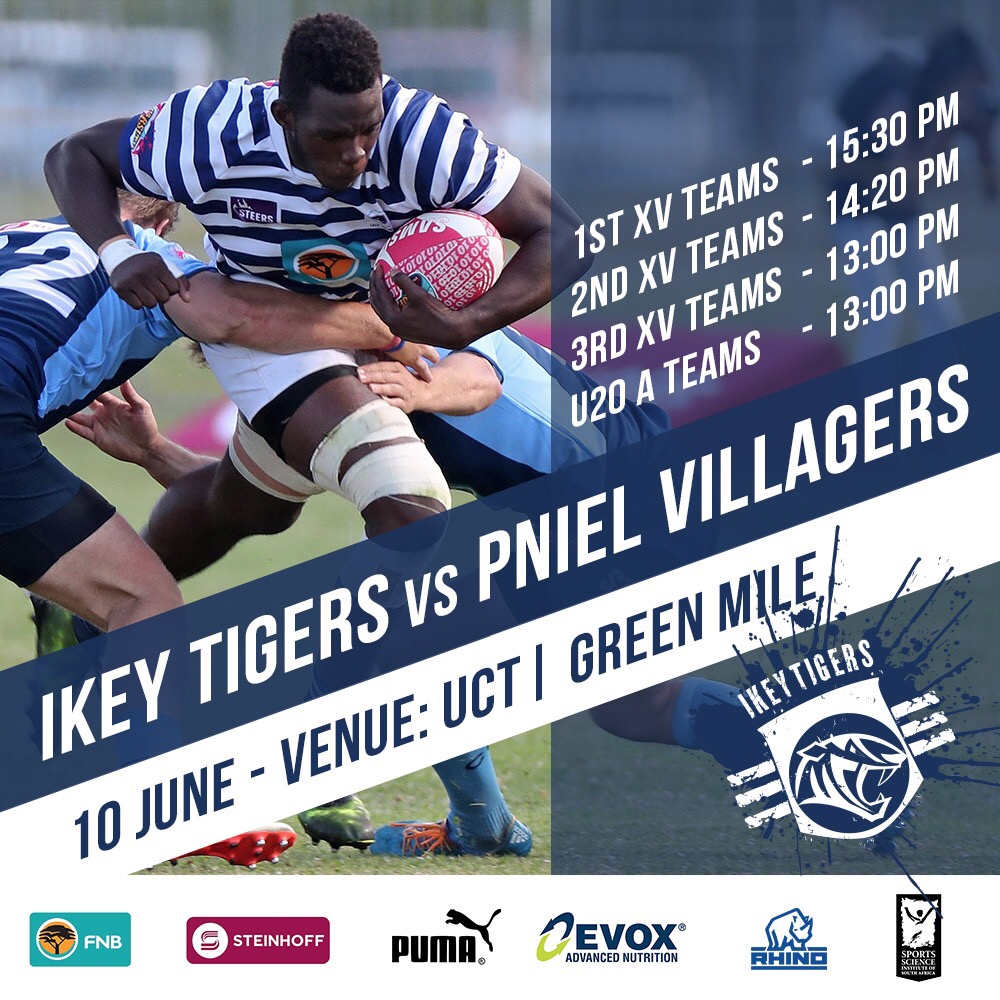 After missing out on victory last time out against Hamiltons, the FNB Ikey Tigers will be hoping to get back on track when they host Pniel Villagers on Saturday afternoon. Pniel Villagers haven’t enjoyed much success this season and are currently at the bottom of the log, but the Ikeys remain wary of the threat they possess.

“Because of their position, we know that they’ll be a desperate and dangerous side. We haven’t played them in a few years because they’ve been in Super League B, but we know they’re a proud team so we definitely won’t make the mistake of writing them off,” said Christiaan Esterhuizen.

“We expect them to contest our ball heavily, similar to a Primrose mentality,” he added.

The FNB Ikey Tigers find themselves only five points away from fourth spot, and breaking into the top four before the first half of the season ends could see the team enjoying a vastly improved campaign this time out. With only four fixtures remaining, the Ikeys have a chance to grab the bull by the horns as they are set to take on third placed Tygerberg after their clash with Pniel Villagers.

“Based on our four previous performances, we’ve got some confidence and momentum going into this game. We’re pretty much unchanged from the Hamiltons game, with just three or four guys coming into the team,” said Esterhuizen.

As stated, the team remains largely unchanged, with FNB Varsity Cup captain Jason Klaasen returning to the match day squad. The team is as follows: