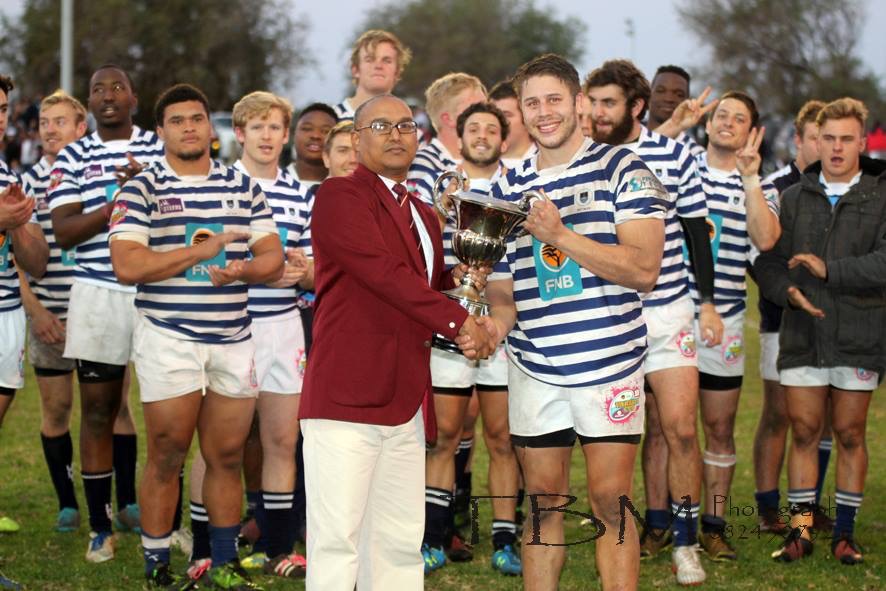 The FNB Ikey Tigers narrowly defeated Tygerberg RFC on Saturday afternoon after leading for the majority of the match and fending off a late comeback from their opponents. The match finished 30-28, with the Ikeys securing all five points available to them.

“The score line was close, but it really shouldn’t have been. We were leading 27-0 and let them back into the game late on, but coming away from Tygerberg with five points is definitely one of our better wins and performances of the season,” said coach Esterhuizen.

The win propelled the FNB Ikey Tigers into second place, albeit after having played two more games than most of the teams below them, and with only two fixtures remaining before the mid-season break, they have the opportunity to finish on a high and come back even stronger. In order to do this, they first have to overcome Brackenfell on Wednesday night.

“They nearly beat Hamiltons and they’ve got a few good wins under their belts this season. They’re a very competitive side, and we know they’re not going to be easy to beat,” said Esterhuizen ahead of Wednesday night’s fixture.

“We won’t take this game lightly, as they’re proper opponents and this game is somewhat of a must-win for us. Out of the last thirty log points available to us, we’ve been able to take twenty-seven of them, so we’re on a good run at the moment. Hopefully we can carry on like that and really turn up tomorrow” Esterhuizen concluded.

The team set to take the field against Brackenfell is as follows:

Ikeys holding on to fourth spot