The FNB Ikey Tigers are still in search of their first Varsity Cup win this season and have made five changes to the team that started their previous match against FNB CUT.  “Team changes are to be expected, it always happens,” said Tigers head coach Hanyani Shimange, “We’re still trusting in the process, and we have the quality to get the results we want.”

“The next match is a crucial one. We’re at home, and I know all the fans want to see us win. We’re determined to turn things around,” Shimange added.

The most noticeable exclusion from the team is captain Guy Alexander, who will not be able to play on Monday because of a concussion he suffered. In steps Jade Kriel, ready to fill the role of captain for the game against NWU-Pukke. “We’ve put everything behind us this week, we still believe that we have the potential to go out there and win,” Kriel said, “Being captain is something new and exciting. It’s great to know that I have the whole team behind me on this.”

The FNB Ikey Tigers team to play FNB NWU-Pukke is as follows:

The FNB Ikey Tigers will host FNB NWU-Pukke at the Green Mile on Monday, the 22nd of February at 18:30. Tickets are available at (www.webtickets.co.za) 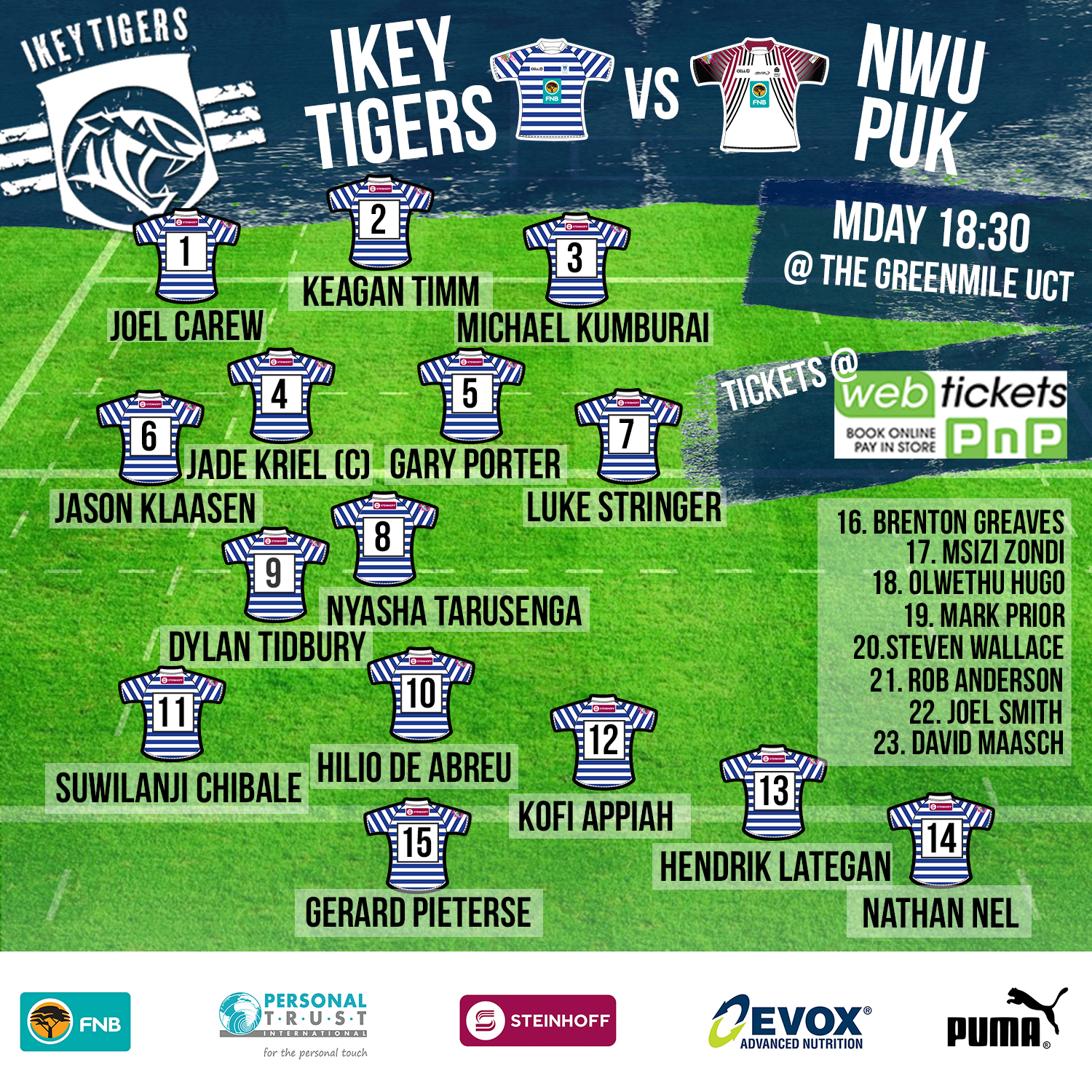 Steinhoff Tornadoes: More than just a team
Scroll to top