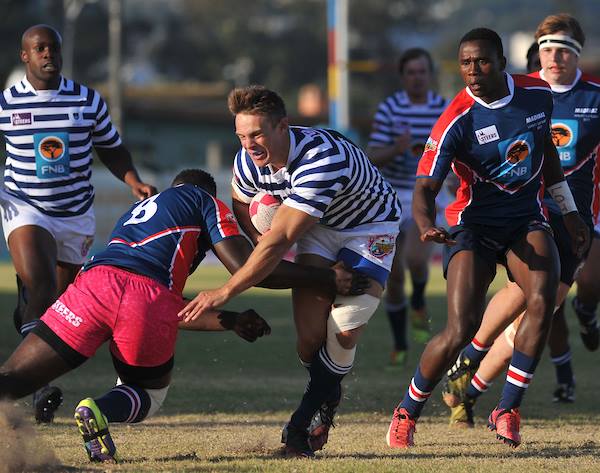 The 10th instalment of the FNB Varsity Cup presented by Steinhoff International kicked off yesterday, with the FNB Ikey Tigers getting off to a disappointing start as they went down 36 – 8 to FNB Madibaz. Despite not getting the result they would have wanted, Monday’s result is just a bump in the road as the team still has an ample amount of time to start picking up victories.

“We dominated for about sixty out of the eighty minutes and had the majority of possession, but we just couldn’t finish. So the match was closer than the score line suggests, and the boys are looking positive because of that,” said coach Christiaan Esterhuizen.

“We have to give them [FNB Madibaz] credit though, because they defended well and capitalized on their opportunities,” he added.

Three tries scored by FNB Madibaz in a period of twenty minutes saw the FNB Ikeys’ first Varsity Cup game slip away from them, but as coach Esterhuizen pointed out, some of the club’s best campaigns have started with a defeat. “If we break the game up into quarters, we won three of them. It was just the last one when they scored three tries where we lost it. But at this level, we know we have to be perfect for the full eighty minutes and not just sixty” said coach Esterhuizen.

“The boys really showed spirit and fight, and the team only missed about seven tackles in the full eighty minutes. They also displayed good body language after conceding a try. We know we have to dig ourselves out, and we will stick together and do so,” he said before going on to note how the new additions to the first team added value to the squad.

The FNB Ikey Tigers play FNB CUT next time out in the Varsity Cup, with the two set to clash at the Green Mile on Monday, the 6th of February at 16:45 (TV).

Varsity Cup Returns to The Green Mile
Scroll to top