We sent our Ikeys recruitment team off to the Independent Schools Festival at Kingswood College at the end of last month to scout the country’s top talent. The primary purpose being to raise an awareness of the Ikeys brand among future varsity students, their parents and high school rugby coaches. This was achieved through presentations, one-on-one meetings and casual conversations over a beer. 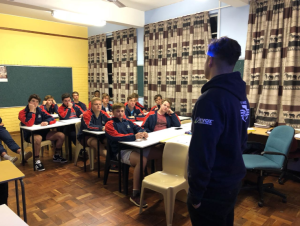 Recruitment and effective networking are key components of any successful rugby club, especially at a grassroots level. Current and future school boy rugby players will be the core of a Varsity Cup Champion team, especially considering the new rules limiting a club’s intake of postgraduate players.

The festival comprised of 3 playing days – Saturday 23 June, Monday 25 June and Wednesday 27 June. The Ikey recruitment team watched over 20 games of rugby, roughly translating into 12 hours of game time. They presented to two schools – Kingswood College and Michaelhouse – and had one-on-one discussions with a number of coaches, parents and players, including: players from Bishops, Michaelhouse, St John’s, and the Sharks Academy; as well as Ikey old boys Kevin Musikanth (Head Coach at St John’s) and Laurence Christie (Strength and Conditioning Coach at St Andrew’s College).

While many outstanding players were either training for Craven Week, ineligible to play because they were under 19 or studying for matric exams, there were plenty of grade 10 and grade 11 players on show who will almost certainly become top provincial players in the future. 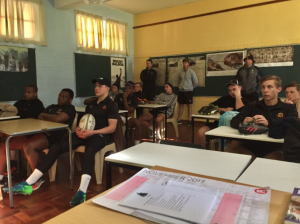 The parents are obsessed with it, the players are surprisingly aware of its importance and many of the coaches are determined for their players to obtain a tertiary education. In fact, many people we engaged with at the festival are cynical about professional rugby and the lack of a long-term financial future in professional rugby.

When we mentioned tutoring and mentoring, and how the Ikeys have partnered with an organisation to ensure that their players are well looked after in this department, parents were blown away. It shows a concern for the individual and his long-term future and not just his ability to win rugby games.

There is a lack of a connection between the Ikeys and the Eastern Cape schools at present, despite so many coaches, managers, teachers being ex-players, etc. of the Ikey Tigers. As such, many players grow up with a lack of awareness surrounding UCT and the fact that its Africa’s best university. 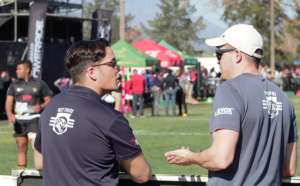 That being said, what became immediately apparent is that financial ambition was certainly not at the top of the priority list for prospective learners and parents. UCT attracts students for very different reasons. Our unique value lies in being a Club that is smaller and functions as a “family” and not a rugby union. Furthermore, we offer our players support on an academic level which is a massive factor for parents. Parents want to know that their child will graduate.

Finally, there is immense value in building the brand of the Ikeys and fostering relationships with schools, rugby unions and parents. Love, care and concern will outperform enormous financial resources in the long run. Everyone wants to feel a part of something.

Exciting Talent in the Pipeline
We can be incredibly excited about the incredible talent, diversity and quality of character of the individuals joining us next year.In particular, we predict that the U20s will be sensational next year, provided we manage and coach them with the utmost care and competence.

Back to Life, Back to The Mile
Scroll to top