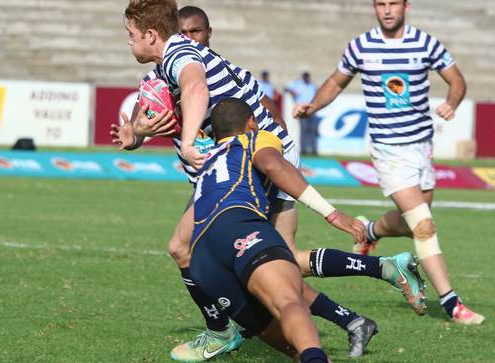 After nearly two weeks off of the field, the FNB Ikey Tigers went down 58-7 to False Bay on Saturday afternoon, but have been gifted the opportunity for a quick turnaround when they face off against in-form FNB UCW on Wednesday night.

The FNB Ikey Tigers have lost a few players for the next game, as both Gary Porter and Tristan Mouton have been ruled out while Alva Sendryani has to sit the game out after receiving a red card. In the other fixtures of the day, the FNB Ikey Tigers u20A side won their match by a comfortable score line of 38-12, with the second and third teams losing 24-14 and 16-6 respectively.

However, the team has the opportunity to make amends for Saturday’s loss as they take on FNB UWC on Wednesday night. This won’t be an easy task, because although the FNB Ikey Tigers convincingly won in last year’s FNB Varsity Cup promotion/relegation playoff, FNB UWC have enjoyed an outstanding season as they won the FNB Varsity Shield and have two of their players (Aidynn Cupido and Herschel Jantjies) in the 2017 Varsity Dream Team.

“UWC definitely have their tails up after winning the Varsity Shield. They’re full of confidence and they’ve recruited well this season, and we know that they want to perform well against the universities that are in the Varsity Cup. They’ll definitely back themselves against us and really go for us in this match, so we’ll need to be playing at 100% in order to get the result,” said coach Esterhuizen.

The FNB Ikey Tigers that will take the field:

Ikeys back in action!