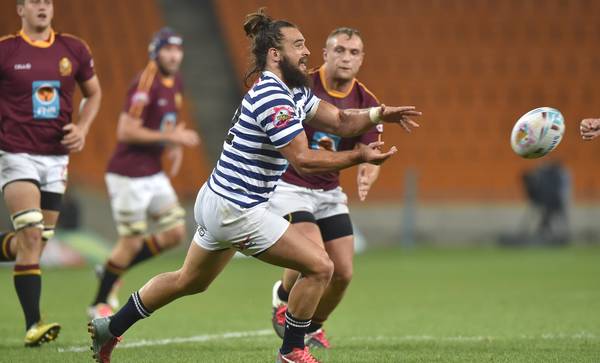 The long fought rivalry returns to the Green Mile on Monday afternoon as the FNB Ikey Tigers prepare themselves to take on FNB Maties in the fifth round of the 2017 season of the FNB Varsity Cup presented by Steinhoff International.

The FNB Ikey Tigers have won two and lost two so far this season, most noticeably picking up an away win against FNB Shimlas, and a win against FNB Maties could set them on just the right track going into the last five game weeks. After going down in their last match to FNB Pukke, Monday’s clash brings with it an exciting opportunity to bounce back.

“They boys are ready for a tough challenge. We know it’s not going to be easy but we are up for the fight. Our loss to Pukke was a minor setback but we fully intend on setting the record straight against Maties. After all, it is intervarsity, so it’s bound to be a good game,” said Jason Klaasen, captain of the FNB Ikey Tigers.

For FNB Maties, this season has seen them getting stronger every game after their opening round loss to FNB Tuks. The FNB Ikey Tigers know that they will have to be focused for the entirety of the game if they are to prevent FNB Maties from returning home with all the points. Anybody who watched the last match between FNB Maties and FNB Madibas would have seen what a big role the wind played in that game, and with UCT’s notoriously windy fields, the Ikeys could have big smiles on their faces by the end of the match.

“In terms of our prep for Maties, we know it’s vital not to make any silly mistakes, and we learnt that the hard way in our preseason game against them. They feed off of mistakes and turn them into points, so we’ll have to be clinical for the full eighty [minutes],” the captain concluded.

The game is set to kick off at 16:45 at the Green Mile on Monday, the 27th of February (TV). Team announcement to follow.

Intervarsity History Series: A Matie Perspective on the Varsity Rival