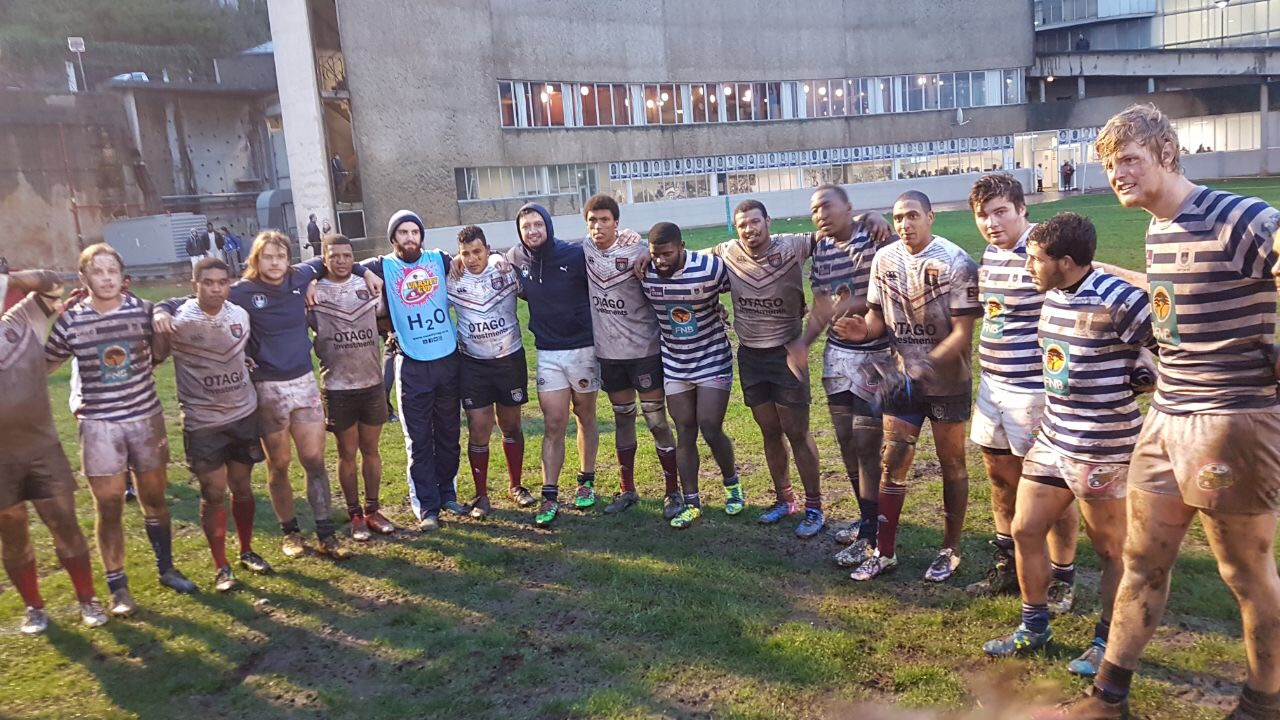 Despite the less than ideal conditions on the notoriously windy Green Mile, the FNB Ikey Tigers ended Saturday afternoon off with a convincing win over a newly promoted Pniel Villagers side. The match ended 42-3 as the FNB Ikey Tigers scored six tries while conceding only via a solitary penalty.

“The conditions were tough. There was heavy rain and wind, so the game was very stop-start and there were quite a few handling errors,” Esterhuizen explained. The match came only a few days after Cape Town experienced one of the biggest storms to hit the Cape in the past thirty years.

Nonetheless, the FNB Ikey Tigers showed up and produced another defensively sound performance. “We dominated for the full eighty minutes. We only managed to score two tries in the first half, but we were camping on their try line throughout. In the second half, we managed to open the game up and go on to score the rest of our six tries,” said coach Esterhuizen.

The FNB Ikey Tigers were up 21-0 after fifty minutes, and doubled their tally by the full time whistle with tries from the likes of Rob Anderson and Damien Rawstone. “It wasn’t the greatest performance, but we’re definitely happy with the win,” he added.

This win could prove to be very important as the season progresses, as it keeps the FNB Ikey Tigers on the heels of the top four, and making it into the top four is the next logical step in the team’s continued improvement. However, they will need to rely on their strength in depth as a number of concussions and the sheer number of games played could catch up to them.

Elsewhere, the Ikeys’ second, third and u20 teams all impressed as they conceded no points and scored eleven, eight and seven tries respectively. The FNB Ikey Tigers are set to take on Tygerberg next, a team who have only lost one match so far this season.

Ikeys holding on to fourth spot
Scroll to top