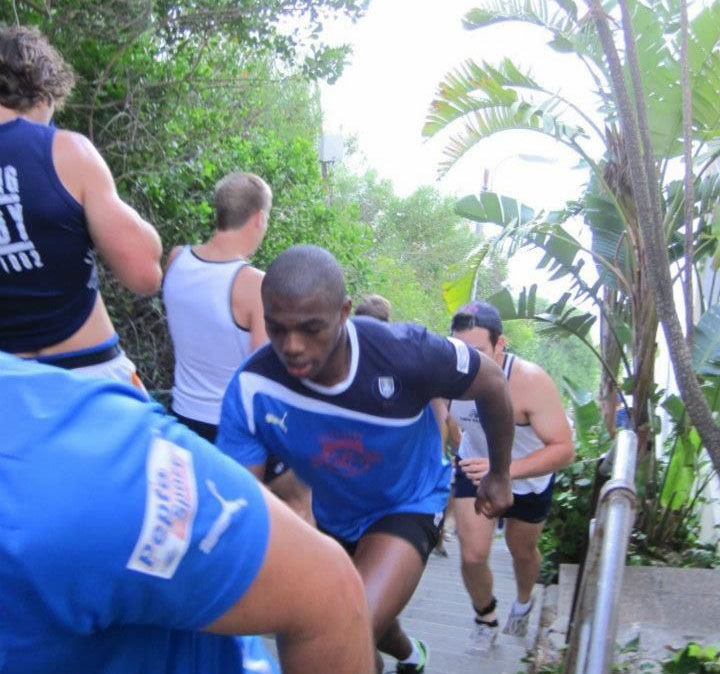 Ntsolo Setlaba, Levi Odendaal, Tiger Bax and the rest of the Ikey Tigers hard at work

The Ikeys Tigers training squad for the 2013 Varsity Cup has been hard at work for the last few weeks and in UCT rugby tradition a lot of the hard yards happebn away from the Green Mile, where the team will spend many hours in the new year.

The team could be seen conquering the Clifton steps last week – with additional challenges thrown in, such as looking after raw eggs during the gruelling stair sprints. Team manager Lisa Brown confirmed: “We have a confident, settled squad for 2013 with a few exciting new faces, as well as some players returning from long term injury.”

The christmas break will be well deserved before the sweating continues in January ahead of the friendly matches against SA U20 and others.