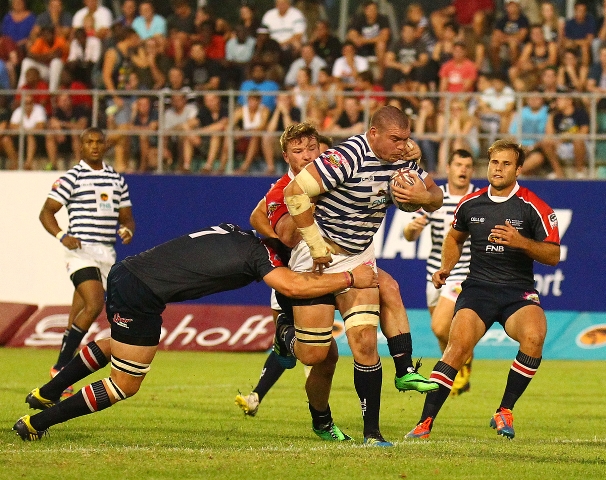 The Ikey Tigers gear up to take on Wits in the seventh round match of the Varsity Cup which takes place in Johannesburg on Monday.

The team announcement was made for the game this morning and coach Kevin Musikanth explains the various changes made. Should the side win, not only would they extend their winning streak to three consecutive games, but the side would also be guaranteed a home semi-final.

Should they lose, however, they face moving down into 5th place on the log and missing out on the semis. With their relegation already decided Wits will want to go out with a bang. Therefore, this is bound to be one for the books.

The starting line-up reveals few changes made from the team that successfully took on Shimlas in Round Six. Martin Sauls takes his place as the starting fullback, while Ross Jones-Davies starts from the bench this time round. The same sort of switch has been made between UCT captain and vice-captain as James Alexander once again has his chance to start and skipper Liam Slatem, who is on the bench. Eightman Guy Alexander also has his chance to start this week, with Michael Botha moving to flank and powerhouse Jason Klaasen getting some rest from the side-line.

Speaking about the rotations, the coach says that it’s not about who’s the better player, but rather about “giving all the players equal game time and looking to put other guys on the park.”

Musikanth explains that Chad Solomon has recently been picked up for the Vodacom Cup, which means that Msizi Zondi gets his chance to play, starting as replacement hooker. We last saw Zondi sitting on the bench for the UJ game, but the hooker unfortunately didn’t get any game time.

From the start of the competition, the coach says that they have used only 32 or 33 players, preferring to rotate players rather than bringing in ones. He justifies this saying, “from the beginning we’ve always said that it was going to be the squad that was successful, not the 15 guys that we picked each week.”

Going into the game, UCT find themselves in 2nd place on the log, while Wits sit at the bottom of the table without a win to their name.  With this in mind, it is looking positive for the boys in blue and white.

Jones-Davies is looking forward to the game, and the opportunity it presents, and explains this saying, “Wits is another opportunity for us to get better and build. Last week’s win proved how good we can be when we have the ball in hand, and play instinctively with true Varsity spirit.”

The game kicks off at 19:00 on Monday in Johannesburg, and will not be broadcast on Supersport.

Tigers Take Back the Green Mile