Former FNB Ikey Tigers lock and Varsity Cup winner James Kilroe has been selected to respresent the light blue of Cambridge in their Varsity Match against rivals Oxford at Twickenham this Thursday.

Cambridge is captained by former Matie Donald Stevens and features Welsh international center Jamie Roberts, just back from the RWC.

There are 12 returning Blues in the matchday squad, yet only back row newcomer James Kilroe has experience victory against Oxford. Kilroe was part of the University of Cape Town side that won the World University Cup at Oxford, beating the Dark Blues on the way to a final triumph over Trinity College, Dublin. 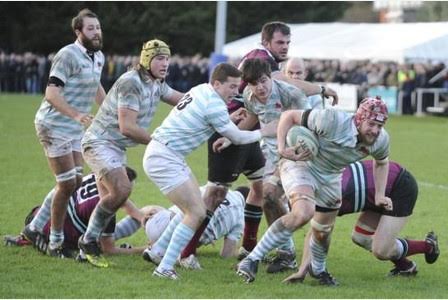 Kilroe says "I have been Cambridge, in the beginning of the Michaelmas term this year, which is the beginning of October, so I arrived straight after the Oxford / World University Rugby Cup tour."

The uncompromising forward studies an MPhil in Technology Policy at the Judge Business School, as a member of Robinson College and has played a few games for the ligh blues since his arrival. 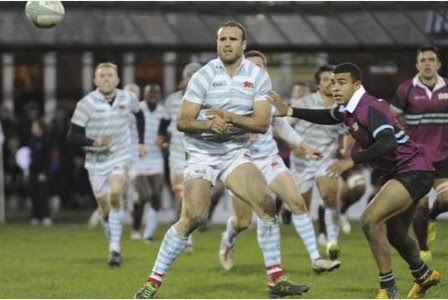 "My best game for Cambridge so far would have to be against the Steele-Bodgers XV. It is an invitational team, which is selected by Micky Steele-Bodger  (https://en.m.wikipedia.org/wiki/Micky_Steele-Bodger) It was a wonderful occasion and about 5000 people came to watch, it was a close game and we managed to win 36-33. The dinner afterwards was particularly fun!" explains the former Ikey.

The Varsity Match at Twickenham will be a different kettle of fish of course, but Kilroe is looking forward to the challenge.
"The traditions that surrounds the varsity match are all very interesting. Each side has different traditions, for example, our captain, Don Stevens, cycled around last Sunday to each member of the squad to tell them whether they were in or not.  I am looking forward to all the other traditions that are happening this week and of course, the match itself! Cambridge hasn’t won in 5 years and we have to stop Oxford from winning 6 in a row, which would be the most consecutive wins in Varsity Match history."

There have been a number of former Ikeys who have represented both varsities in recent years which have helped Kilroe settle in the new environment.  "Zandy MacDonald was the last Ikey player to go to Oxford and I did talk to him prior to applying. I think James Richards was the last Cambridge Ikey player and we played together in the World University Barbarians match in Sydney in 2013. One of the Cambridge guys I met there is playing with me in the Varsity Match now."