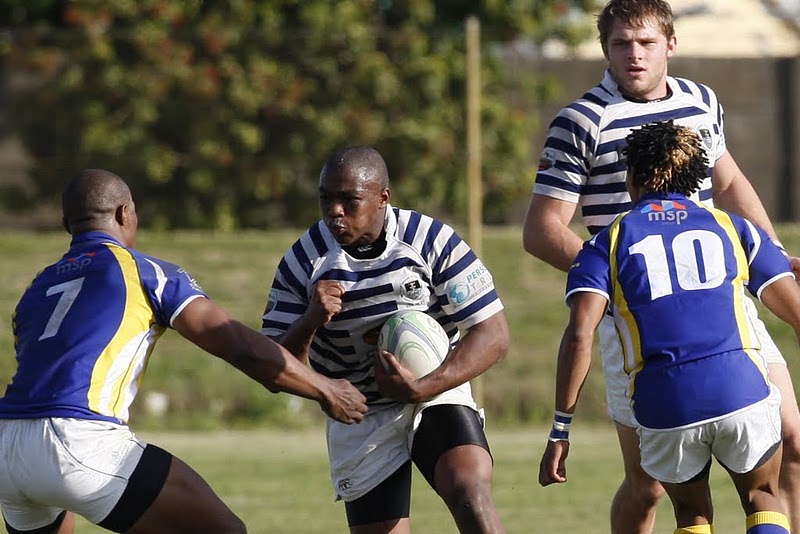 The Varsity Cup 2012 is history  as the UCT teams prepare for the important Super League league kick off against old rivals Tygerberg on Saturday.

Tygerberg, once a force in the Super League got relegated to the Super League B following a poor 2009 season, but the club have turned around their fortunes in only two years to be back in the A division in 2012.

All UCT RFC teams will finally be in action, with the 4th kicking off the weekend's rugby on the Green Mile this evening against Brackenfell and the 5th playing away at Milnerton. The playing fields by the way have been expertly restored after the 2 Oceans Marathon and rain induced damage last weekend.

First team coach Kevin Foote – who is a much relieved man following Monday's 60:21 win – has to do without a number of his stars with Dilyn Leyds having joined the SA U20s, Damian de Allende being called up to SA7s and Don Armand and Rayn Smid back with Western Province, so there are a few reshuffles and some injury related personell changes.

Paul Cohen starts at fullback with Kenyan Sevens star David Ambunya slotting in at center. Veteran prop Chris Heiberg is back in the front row and will make his first start after a long injury break. The rest of the starting team are all familiar faces of the recent weeks.

The teams will go through and intense 4 matches in two weeks schedule to  catch up on their late start. The UCT U20s, the Eagles 2nd team and the Dramat XV, the 3rds are also in action tomorrow and rearing to go after a long pre-season.

Tomorrow's matches on the Green Mile kick off at 1.30 pm, with the first team taking the field at 4pm.