On Saturday, the FNB Ikey Tigers will be hoping to repeat what they did back in May by beating SK Walmers again. The result was marginal the last time the teams met, with the difference between the teams being only three points as the Ikeys left Green Point with a win.

“First and foremost, we know that SK Walmers are a formidable team. I’m not just giving them lip service, because on the field they always ask questions of you, and it’s more often than not a close game against them,” said Mike van Rheede.

However, the FNB Ikey Tigers will draw confidence from the momentum they’ve built up of late while growing ever more fluid in attack and working through areas in which they fell short earlier on in the season.

“We’re going to stick to our rotation policy for this game. We’re going to bring in Damian Rawston and start him on the wing. He’s been doing really well for the second team, so he deserves a chance on Saturday. We’re also bringing in Joel Smith, who’s been in great form as well this season. It’s nice to have Matt Andrews back as well,” van Rheede mentioned when discussing the team.

The team to face SK Walmers:

Another set of fixtures worth noting are the finals of the internal league taking place next Wednesday, the 21st of September at the University of Cape Town. The Steinhoff CVU Vikings will take on Steinhoff Kopano in the bowl final, while Steinhoff Smuts and Steinhoff Knights face off in the plate final before Steinhoff Nadoes defend their title against Steinhoff Cobras in the cup final. Kick-off is at 17:30, 18:30 and 19:30 respectively. 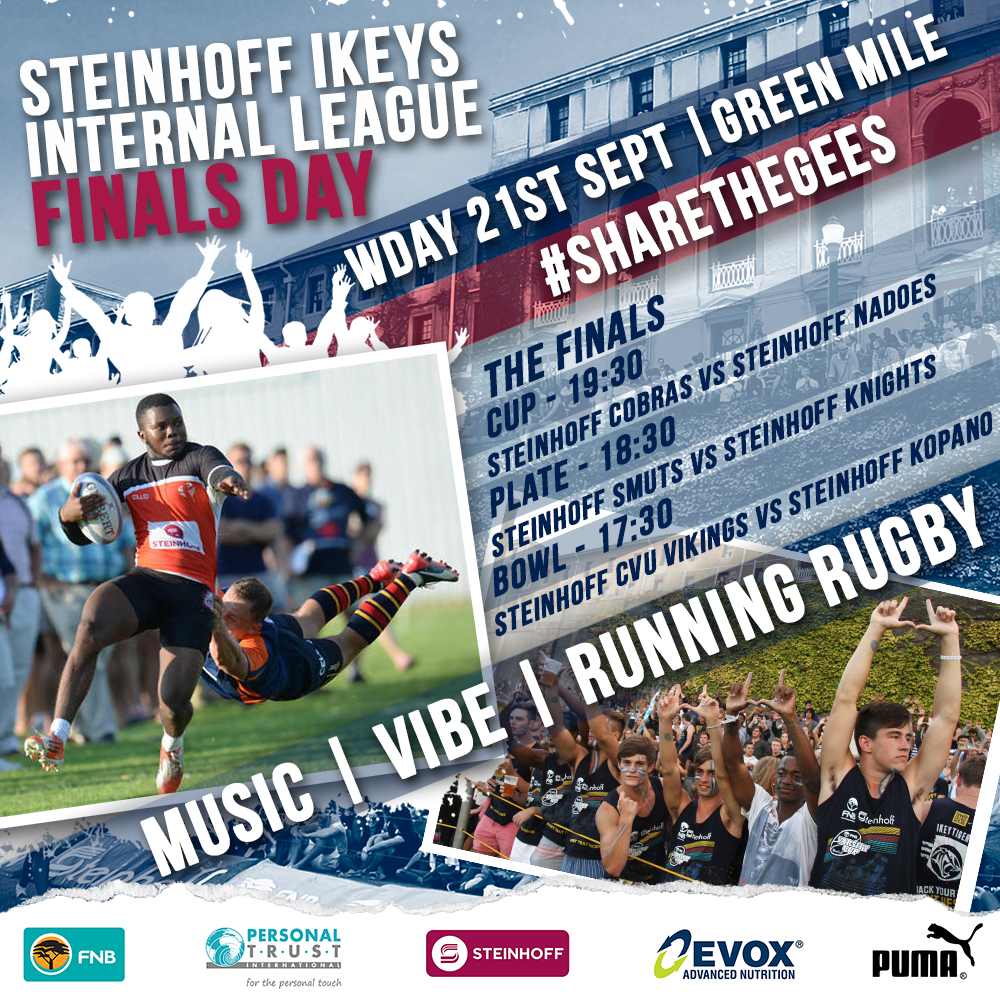 2016 Season comes to an end
Scroll to top