Blog - Latest News
You are here: Home / Newsflash / Ikeys have too much bite for The Bay 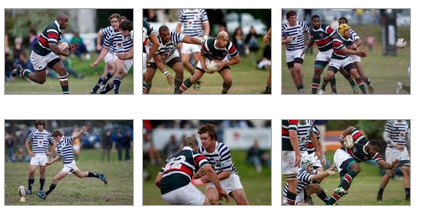 UCT have reclaimed the Mark Jordaan  Memorial trophy against their old rivals.

It was a scrappy, evenly matched first half, with inside centre Nick Holton scoring the only try in the opening fourty – crucially before half time to make it a 16-12 lead at the break.

In the second half UCT managed to be a bit more consistent and as the game wore on the students looked more and more dangerous out wide.

The pressure begand to show with winger Paul Cohen and fullback Ricky Rijs weighing in with tries, with Cohen converting two of UCT’s five-pointers and adding four valuable penalties. Nick Holton capped off a strong showing with a second try, making sure the Ikeys left the Bay with a valuable bonus point.

Whilst the 2011 Super League title is still within UCT’s grasp, FNB Maties’ win over Hamilton’s on Saturday means that the Men from Stellenbosch look set to compete in the National Club Championships as Western Province’s representatives.

Hamilton’s, however, can still catch the Maties as they have four fixtures in hand in the first round – UCT have one clash left, the Souther Suburbs derbey against Villager on Saturday.