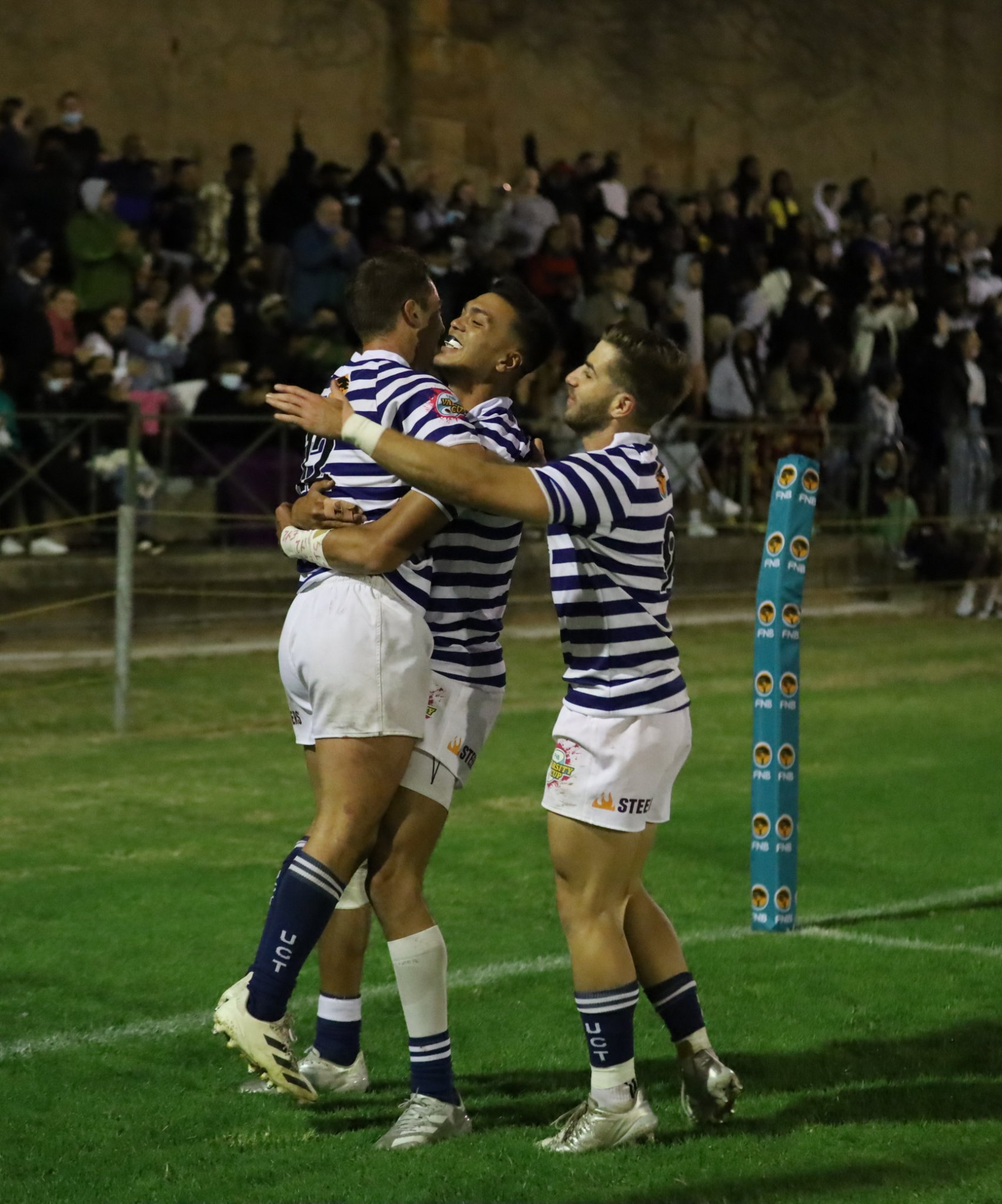 The Madibaz had raced into a 16-0 lead after nine minutes thanks to converted tries from fullback Kyle Cyster (point-of-origin) and No 8 Siyamthanda Jwacu with a classic Cape Town wind in their backs.

But the Ikey Tigers hit back with two tries of their own, which saw them trailing 19-14 at half-time, and then scored a third at the end of the third quarter to take the lead.

The second half saw the Madibaz pinned in their 22m area for extended stretches as kicks to release pressure were ineffective in the gale. 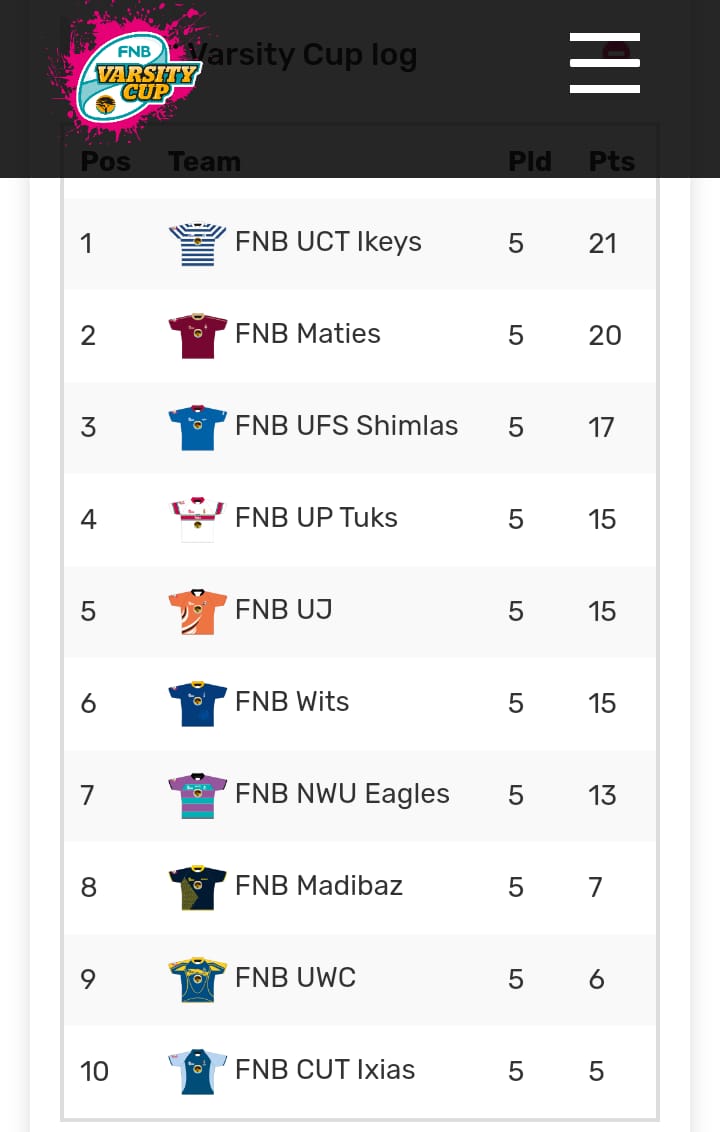 While the Ikeys were down to 13 men following yellow cards, the FNB Madibaz’s third try made it 26-26 with 10 minutes remaining, but it was FNB UCT who finished the game strongly to secure a hard-fought bonus-point win to top the table after round 5.

The match doubles as the annual Monte Taljaard trophy match.

Taljaard, a UCT First XV flanker and Grey PE rugby star, tragically passed away in a car accident in September 2008.

Since then, and given his roots in both Cape Town and Port Elizabeth, since then, fixtures between the Ikeys and the Madibaz double up as a celebration of Taljaard’s life – hence the awarding of the Monte Taljaard Trophy on an annual basis.

Monte was an incredibly popular player at the University of Cape Town, having captained his club’s Under-21 team with distinction in 2007, before stepping up to the FNB Varsity Cup presented by Steinhoff International in 2008 – where he even captained the Capetonians in a match against NMMU.

John Dobson, the former Ikey Tigers head coach who now coaches the Stormers and, coached Taljaard at Under-20 and senior level at UCT.

According to Dobson, Taljaard was set to play a big role for the Ikeys in 2009 – having earned his stripes as a young gun player in the inaugural Varsity Cup competition the season before.

“Monte remains one of the most outstanding leaders and young men that I have ever met, let alone coached. We still miss him and Monday must contribute to ensure that he is never forgotten and is a stark, brutal reminder to the players of Monday and of now that they must seize every moment, for things can be taken away from you cruelly and quickly.” said Dobson.

A Monte Taljaard Bursary has been established at UCT in Monte’s honour which is awarded – on an annual basis – to a deserving UCT (and rugby-playing) student.

Dobson: “I am reminded of the quote from Chariots of Fire, slightly paraphrased, ‘Out of tragic necessity, his dreams have become ours’.

Monte’s sister Beth was there last night to hand over the memorial trophy to UCT captain Luthando Woji in memory of her brother Monte.

TRIBUTES TO MONTE TALJAARD OVER THE YEARS:

“Monts was a true legend in PE – as a person and a rugby player. Of course, we all loved him dearly at UCT and it’s a huge honour for everyone involved to play for the inaugural Monte Taljaard Trophy.”
– Robbie Fleck (2009)

“Monte was a once-in-a-generation guy and player. He is still missed at the club to this day and will never be forgotten by anybody who was lucky enough to come into contact with him.”
– John Dobson (2009)

“When UCT asked us about the prospect of playing for a trophy we had no hesitation in saying yes. It’s a big honour for us to be involved in this match, but it’s also a great way to honour a young man like Monte.”
– Kolie Brandt (2009)