Ikeys Back to Winning Ways

You are here: Home1 / Comments2 / Ikeys Back to Winning Ways 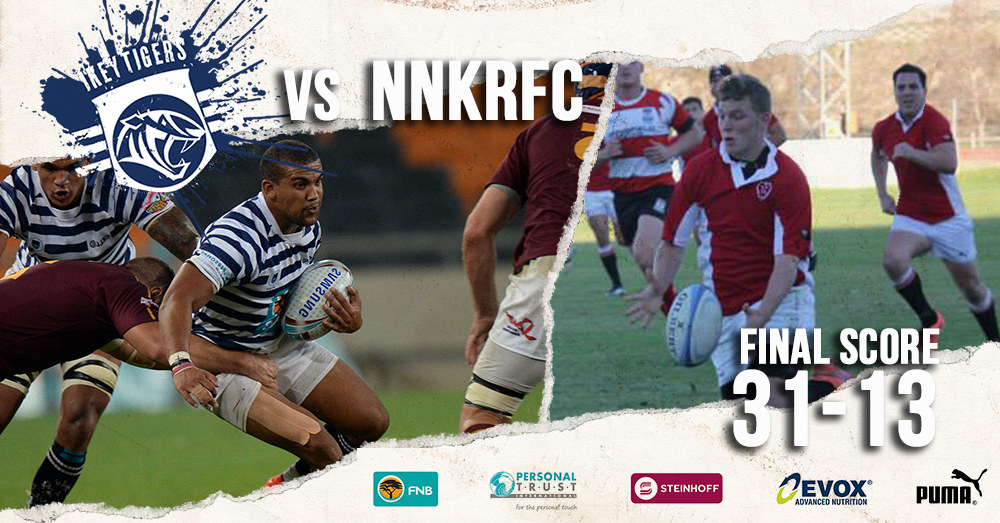 After a disappointing draw against Victorians last time out, the FNB Ikey Tigers bounced back with a 31-13 win against NNK. While the result looks impressive on paper, coach Esterhuizen has said that the team needs to improve and will look to do better for their last three matches.

“Getting a win and a bonus point is always a good thing,” said Esterhuizen, “But we were a bit complacent and perhaps guilty of taking the opposition for granted. We should’ve been better.”

“We started a bit slowly and went into the break behind. They had the wind behind them during the first half and they used it well, but we woke up after halftime and scored the tries. Five tries to one is convincing, but we can be better,” explained Esterhuizen.

With only three league games left for the season, Esterhuizen has next year’s Varsity Cup in the back of his mind. However, his current situation is somewhat of a catch 22. “We do want to look at all the youngsters, but at the same time we want to put our strongest team out there and win. At least I know what I have in the youngsters that I’ve seen play at this level,” he explained.

“I rotate the squad, especially the backline, to give the younger guys who could feature in next year’s Varsity Cup a taste of what it’s like to play at this level. So if they do feature next season, they’re used to it by then.”

The team that took the field this past Saturday: