Ikey Tigers Hit Another Bump On The Road 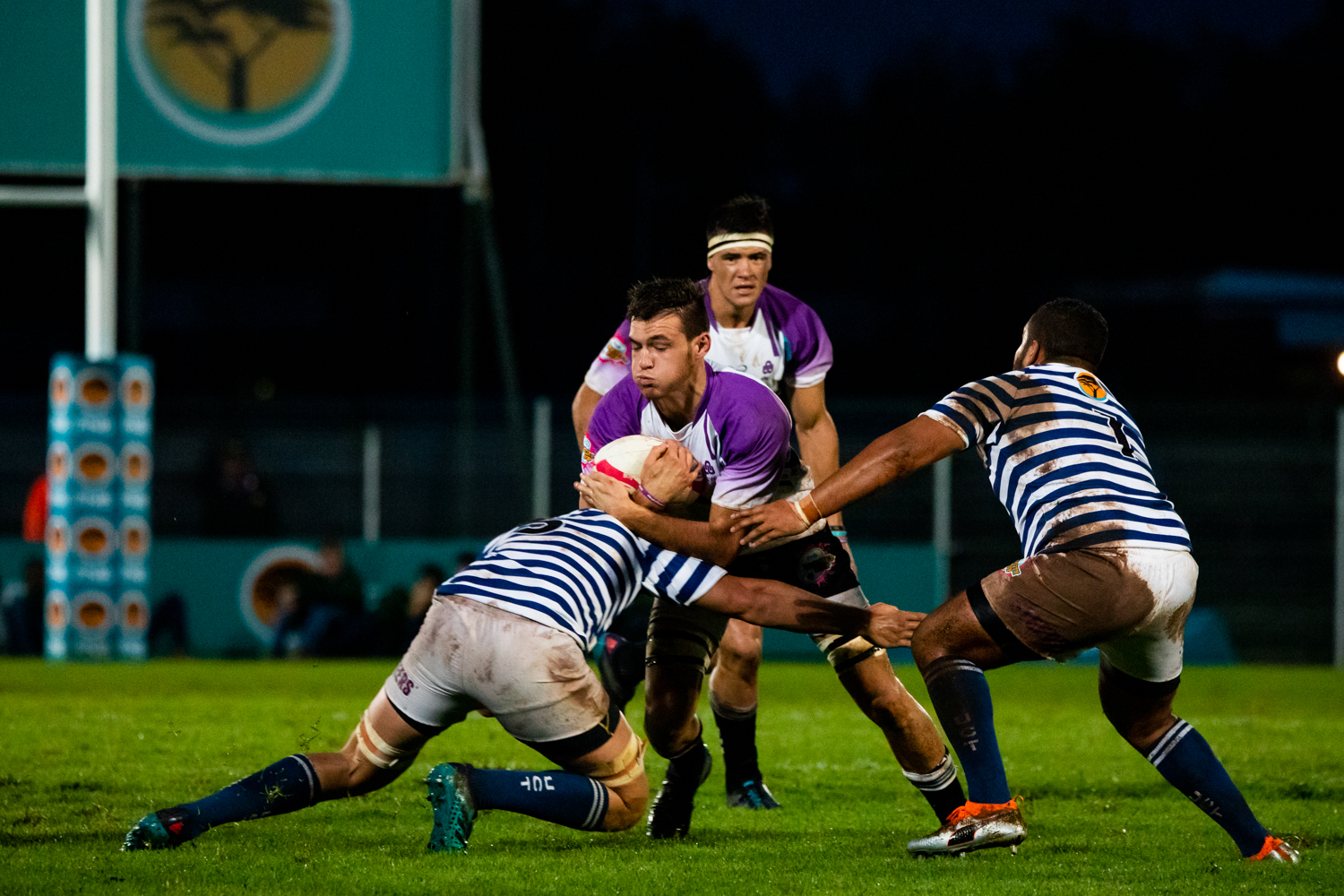 Ikey Tigers Hit Another Bump On The Road

The FNB Ikey Tigers took another knock on the road on Monday evening as they suffered defeat at the hands of FNB NWU-Pukke down in Potchefstroom.

The men from Cape Town were the first to trouble the scorers with a Darian Hock penalty early on giving them a 3 point lead. The Pukke responded almost immediately with a brace of tries by Reuben Du Plooy taking the score line out to 12-3 after the first quarter of an hour.

Pukke then extended their lead with another try and a penalty before ill-discipline let them down. At one stage the men from Potchefstroom were down to 13 men as Eugene Hare received a yellow card and Gideon van der Merwe received a red card on top of that. FNB UCT struck back with a try by Joshua van Vuuren which Darian Hock converted taking the score to 22-10 at halftime to the home side.

The second half opened with another yellow card, this time to the Ikey Tigers’ Brandon Salomo. The Pukke capitalised on this as debutant Edmund Rheeder crossed over the line to extend the score to 29-10.

The Ikey Tigers struck back through a Gary Porter try which Hock made no mistake converting taking the score to 29-17 but at this point they were chasing the game. Another penalty for the Pukke and a yellow card for Ikey Tigers captain Josh Moon put the nail in the coffin as the final score read 32-17 to the NWU Pukke.

In a match marred by ill-discipline and tough weather conditions the Ikey Tigers will be disappointed to walk away with their second loss on the road. Vice-captain Nyasha Tarusenga had this to say about the game.

“I think poor execution let us down, just errors we shouldn’t have made. We will have a look at how to minimize those errors and keep possession going forward. The guys are still very positive, but also focused and realize that we have a tough job to take care of in the next few weeks to get us into a playoff spot.”

The Ikey Tigers have a crucial clash against FNB Wits next week up in Johannesburg.

FNB UCT Travel Back To Potch