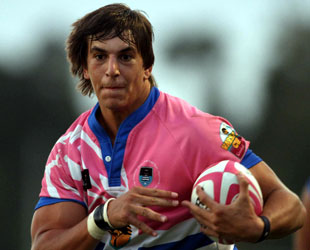 UCT Rugby players did the club proud at the annual DHL WP Rugby Trophy Presentation which was held at Kelvin Grove on Wednesday, October 17, with the Western Province Rugby Football Union recognising all club performances within the union and also rewarding the players who have performed well this season.

The powerful second rower, who still qualifies to play Under-21 rugby this season, made his Bok debut after just 13 Super Rugby matches for the DHL Stormers and has already played in eight Tests for his country – all before playing his first Absa Currie Cup match for DHL Western Province.

UCT’s Francois van Wyk  the WP U21 Vice captain was rewarded for his consistency up front as the DHL WP U21 Forward of the Year.

Hooker Scarra Ntubeni, despite also still being eligible for the WP Under-21 team, was awarded the prize as the union’s Most Promising Senior Player. Scarra, as well as Siya Kolisi are registered players at the UCT rugby club and regular supporters at our games – the talented forwards are yet to don the Ikeys stripes in a game for varsity.

Former Ikeys U20 captain and flank Josh Katzen who has played for the Ikey Tigers during the league got a late look in at WP U21 level and made enough of an impact to walk off with the DHL WP U21 Most Promising Player Award.

Congratulations to all award winners!

All the Individual Awards Winners: