Anyone interested in rugby in the Western cape in the sixties, seventies and eighties would remember the name Allan Danker well. Allan was a respected referee and coach in the Western Cape from 1959 to 1990. Allan has a strong bond with Ikeys rugby and coached at UCT from 1966 to 1980.

Allan shared some of his Ikey coaching memories below:

In 1965 I started coaching the 3rds and 4ths with Owen Tudor who was a former first team scrum-half for varsity. We immediately, for the next 2 years, won trophies but it was more the talent at our disposal than the coaching. Most of our players would have made the first teams of other clubs. 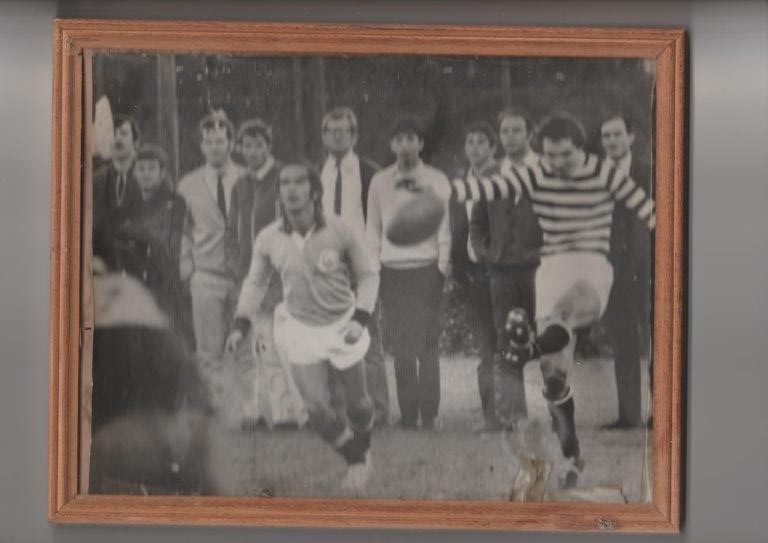 In 1968 and 1969 the under 20 side won the Hedley Atkins shield and in 1970 when I coached the second team, we won the junior challenge competition. The other coach for the under 20 side was Robin Marais who eventually landed up at the appeal court as a judge and a wonderful man to be associated with.

Because I was a ref as well, I handled all the appointments for referees in our friendlies and in this regard used 2 of my very good friends who were two excellent referees, Gordon Joffe and Frank Greenblatt. We also gave Stellenbosch our panel when we were the hosts for intervarsity.

I was very fortunate to be involved for most of my 14-year stint at UCT as coach with Doc Cecil Moss.

On one occasion for our Hedley Atkins shield at Newlands as curtain raiser to an international side I gave Stellenbosch the 3-man panel and arranged it by submitting 2 names who were only average wanting to get the remaining name. They did not fall for it and chose the average ref. I appointed myself as the one touch judge but the average ref insisted I wear a blazer. I refused to and he said I cannot go out. I replied that I then will not allow my team out the dressing room. Doc craven was full of praise for the UCT under 20 side after they had successfully retained the Hedley Atkins trophy. He was particularly impressed by the power display of the UCT forwards and couldn’t remember when last an Ikey team had such controlled possession up front particularly in a match against Stellenbosch. 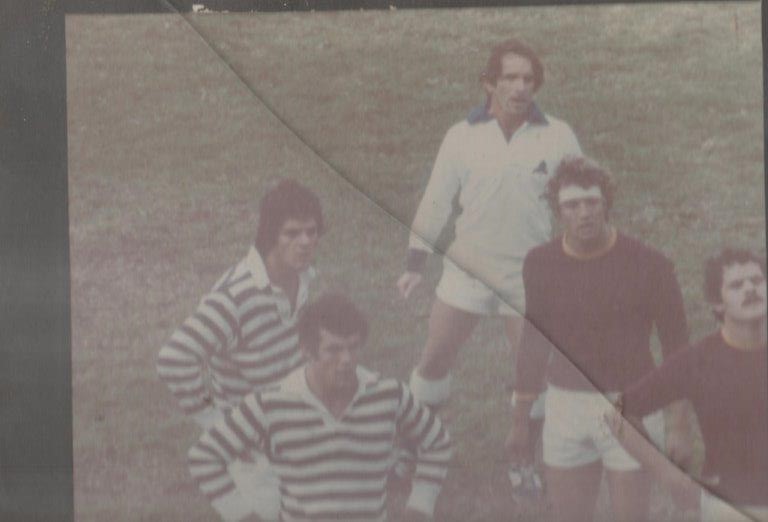 Talking of Doc Craven, we became very good friends and I had conversations with him once a week. That was until the Stellenbosch 4th team played an intervarsity at our home ground one Saturday morning at 10. The full contingent of Maties was present including the good doctor. Ikeys were leading 6-5 and a scrum under our post with time up the Maties scored when the flank picked up the ball from the scrum with their 8th man still bound. Instead off awarding the try I awarded a penalty for offside to Ikeys as the Maties 8th man was still bound to the scrum.

Doc craven eventually forgave me and chose me as one of his 3 referees for the opening of the craven stadium.

We asked Allan some question about his life in rugby and his thoughts on the modern game.

Where did you grow up and what drew you to rugby?

Grew up and have lived in Cape Town my whole life.

What was your involvement with rugby as a player and coach?

I refereed from 1959 to 1990 and coached at UCT from 1966 to 1980. I refereed most provincial under 20 sides including the SA Defence side. I also participated in many Western Province trial games and helped out in a refereeing capacity with the Western Province senior team.

As a SACS old boy I was heavily involved with the school’s rugby sides. I did many Bishops/Rondebosch games and other schools such as Paarl Gym and Paarl Boys High. Had four consecutive years refereeing their inter-schools at Paarl in the under 16 division.

In a game at the Markotter Stadium between the hosts Paul Roos and Bishops, I had to warn the Paul Roos coach after he attended to an injured player and remarked “manne julle speel teen 16 spelers”. After the game he entered my change room and told me I am not welcome anymore. Yet only 2 weeks later with them hosting the Cape School’s Week he called me and invited me to a midweek game and also the final on Saturday.

After the Paul Roos/Bishops game I was due to ref at Paarl in a game between the Paarl Whites and the Paarl Coloureds. Before proceeding to Paarl, I went to watch Villagers and Stellenbosch play and as the ref did not arrive on time for the second team encounter, I refed that until half time. When arriving at Paarl the outside of the ground was surrounded by police Caspirs. After 5 minutes play there was a massive free for all in front of the Grandstand which did not have a seat open. Pandemonium broke out amongst the coloured spectators and this was one incident where the penalty went for the Paarl Coloureds team.

Coached for 14 years at UCT and only in June vacations did I help the Police side.

What inspired you to take up refereeing?

In 1949 at the age of 10 I was outside the Metropole Hotel in Long street getting autographs from the Springboks who were playing the All Blacks. Hennie Muller, possibly the world’s best no 8, walked out and we became friends from that day so much so that during my 3 weeks holidays I visited him at his sports shop in Parow. He invited me at a later stage to referee the province practices as he was the coach after retirement.

Started reffing when I was due to play in a SACS old boys’ team and the ref did not pitch.

Training as a referee in my days was very different from today. The only tests we ever did was a law exam and irrespective of how much promise one showed there was a minimum of 10 years to referee in the reserves.

Who are the referees you have looked up to the most?

Referees who I looked up to were Ralph Burmeister, Max Baise and Justus Potgieter

The funniest thing you have ever heard on a rugby pitch?

Did not have many funny things on the rugby pitch but on one occasion at SACS, I awarded a try when the player mistakenly took the 25 as the try line.

As an aside the funniest thing that happened at a practice was when the firsts were playing the seconds at a muddy Groote Schuur and the first team only had 6 backs. Dave Zietsman the WP scrum half was injured and a spectator along the touch line. The ball was fed to the first team backs and the next thing as it came to the wing, Dave had entered the field fully clothed to take the pass.

How do you view the current level of officiating compared to when you were officiating?

Although rugby is a most simple game the laws are too complicated and often not applied correctly. Once a ref has a feel for the game everything falls into place. The advantage law is the most important in the game. However, these days the ref does take too long before calling advantage over and disrupts the free flow of the game. When I was officiating, the game was more exciting and faster when compared to today when it is far too predictable.

What is your take on having neutral referees?

Always a good idea to have neutral refs but refs never cheat, they could be not as competent as required.

What are your thoughts about coaches complaining about decisions?

Coaches seldom look upon themselves for the reason of defeat but take the easy way out and blame the ref.

Could you select a best XV of players you have refereed?

My side of the best players I have refereed have a number of players in more than one position with whom there is very little difference. For example, as loose forwards there are Andy Donovan, Nick Mallet, Boland Coetzee, Dugald MacDonald, Morne Du Plessis and Rob Louw.