HO one of the greatest – a Tribute

You are here: Home1 / Ikey Tigers2 / HO one of the greatest – a Tribute 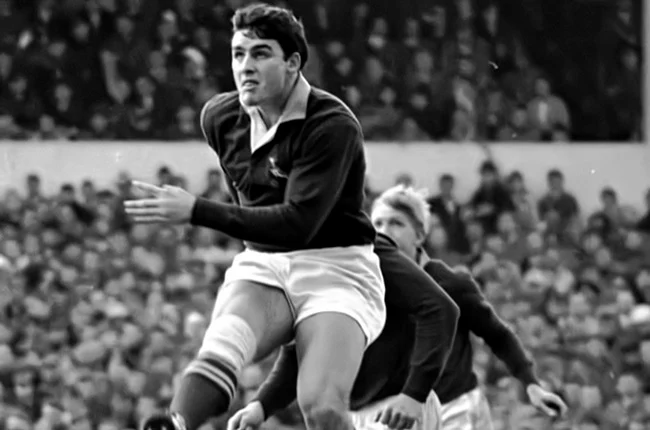 When Henry Oswald De Villiers, better known as ‘HO’ to his thousands of fans and hundreds of friends around the world, peacefully passed away aged 76 on Sunday, February 20, 2022, after a brave fight of many months, he not only left behind a grieving and loving family that included his wife Sandra, always his rock, and his son Michael and daughter Shirley and their respective families, he also left us some still very distinct memories of true rugby greatness.

As a sports reporter who spent some of his happiest and most inspired moments writing about HO’s exploits, I wish to pay him this tribute helped by extracts from my 1977 book, ‘HO – A Biography Of Courage’. 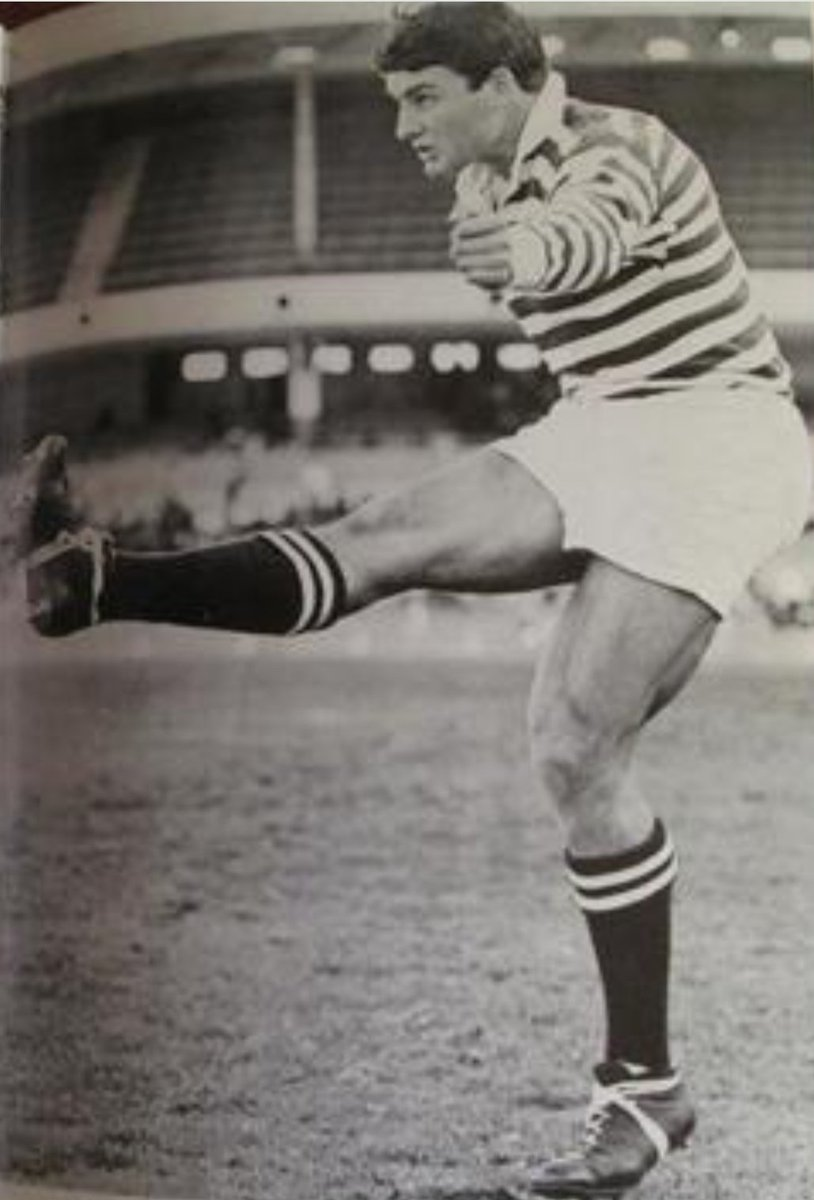 On the front inside of the book’s dustcover I wrote, ‘Handsome, charismatic, brave and daring; these were some of the qualities that made HO de Villiers the World’s most exciting fullback in the late 1960s, but above all, if there was one special quality that made him one of South Africa’s most talked about rugby player of his generation, it was his genius for succeeding and, indeed, succeeding gloriously by defying the traditionalists and doing precisely what they said he shouldn’t be doing.

‘It took tremendous courage and self belief to shrug away the early controversy that raged around his young head when he first hit the headlines with his unconventional play. But his natural brilliance, his total commitment to attack and his unquestionable faith in mentors who believed in him at Dale College,  UCT and Western Province not only enabled him to become a great international, but to become a revolutionary who turned fullback play on its head and inspired a whole new breed of No 15s.’

The great tragedy of his rugby life was the string of cruel injury problems that cut him down in his prime when he was still in his mid-20s with so much more to do. Starting with torn hamstrings and worsened by inept surgery when his injuries spread to his knees, it stopped him dead in his tracks and too quickly ended his dazzling international career.

HO was never a quitter. The late John Gainsford, one of South Africa’s greatest ever centres, talked about that in no uncertain terms. Shortly after returning from New Zealand with the 1965 Springboks, ‘Big John’ found himself being marked at centre by a young UCT whipper-snapper named De Villiers from Dale College in a club match at Newlands. But let’s hear about it in John’s own words from HO’s biography.

John was hoping for a brief break from club rugby after the NZ tour, but was persuaded to play against UCT by Dave Stewart “because UCT were fielding this outstanding new centre called HO de Villiers.”

“I eventual went into the game and beat him twice early on, but what really impressed me about him was the way he never gave up and kept coming back at me. Eventually he beat me too. He was like a boxer you can’t knock out. You could put him down, but he kept getting up and coming back at you.

Before his injuries, HO was that all-too-rare phenomenon; the sporting genius with the precocious ability of being able to achieve the seemingly impossible; the magician who could mesmerize the opposition and enthrall the crowds with his inexhaustible penchant for doing the wrong things at the right time and succeeding magnificently. He played his rugby the way D’artagnan and his Musketeers fought their duels – in deadly earnest, but always with a twinkle in his eye and a mischievous trick up his sleeve.

Sadly his golden reign at international level lasted less than four years.  When he was still 24 but already ranked among the best fullbacks in the world having played in only 14 tests between his first four against France in 1967 and his last four against England, Ireland, Scotland and Wales on the demo tour of Great Britain in 1969-70, his international and provincial career was brought to a shuddering halt by damaged knees that were never fully corrected.

HO never wore the Bok jersey again; he never played against South Africa’s greatest rival, the All Backs, but his story certainly wasn’t finished. ‘A glorious chapter had ended, yes, but a new one, a more heroic one of quiet courage and enormous endurance was only beginning. ‘

He came back to play some magnificent club rugby for Villagers over the next couple of years, but he was never again called up for Western Province or South Africa on the grounds that he was  “dragging his leg”.

It was during this time that I discovered as the Cape Times rugby writer that the laughing Musketeer, who as a Bok had made everything look so easy and effortless, had another face; ‘that his dynamism sprung not only from natural flair and talent, but also from dedication, concentration, determination, introspection and good old fashioned perspiration; that his other face was the face of a fighter.’

And this once more became abundantly apparent during his recent valiant but ultimately vain battle against cancer.

I salute this great man and hope the University of Cape Town will never forget him. He was a true rugby legend in his own time able to think out of the box like no other player I have ever known and as such he should always be remembered as one of the Ikeys’ all-time greats.