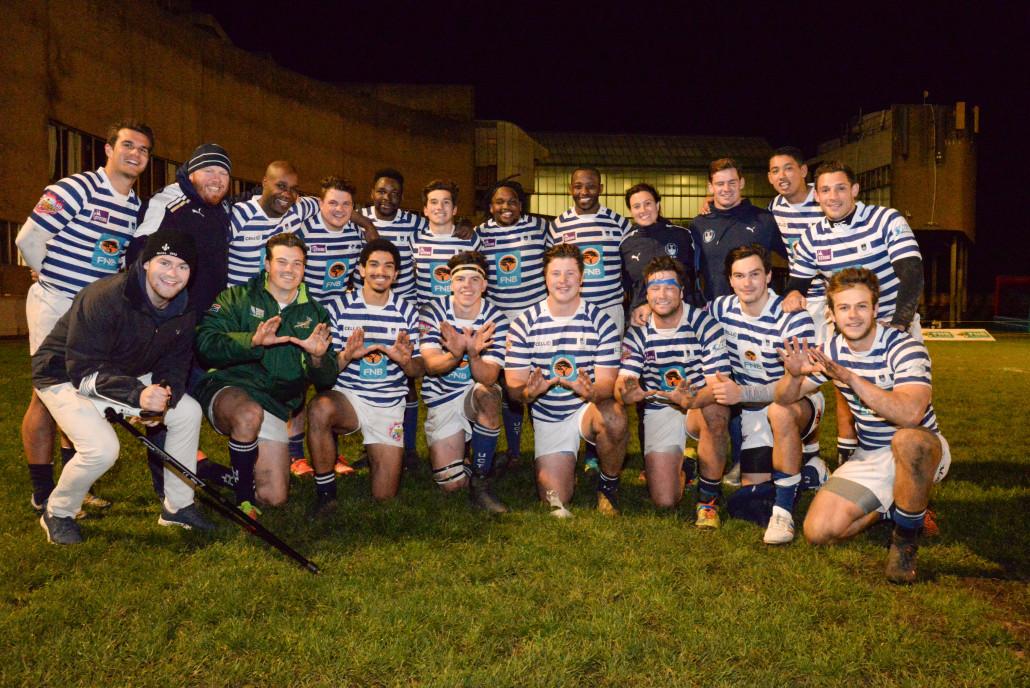 As they say in Kansas, “There’s no place like home” and that was most certainly the case for the Ikey Tigers on the Green Mile on Super Wednesday.

The night kicked off with the Ikeys Pub & Grind booming with the sounds of The Voodoo Cats.

It’s fair to say that the fiery atmosphere spread out onto the pitch as all the UCT teams won their fixtures against Belhar.

The first XV won their match 69-24 in what was truly an epic display of running rugby from both sides.

The U20 Trojans maintained their unbeaten record and are now only a few short steps away from clinching the cup in a season that will forever go down in history.

The Internal League Championship showed the massive rugby depth within UCT as all 5 fixtures took place in and amongst the Ikey Tiger festivities.

A glance at the league table after these fixtures means that we’re in for a real exciting final week of round robin play before the playoffs in round 5 coming up next week.

All in all super Wednesday was a great a success for the UCT Rugby club which could not have been an accomplished without all of your help. So to all the fans, players and support staff alike we applaud you for keeping the spirit of the Ikey Tiger alive.

Back To Winning Ways
Scroll to top