You are here: Home1 / Ikey Tigers2 / Going For Gold 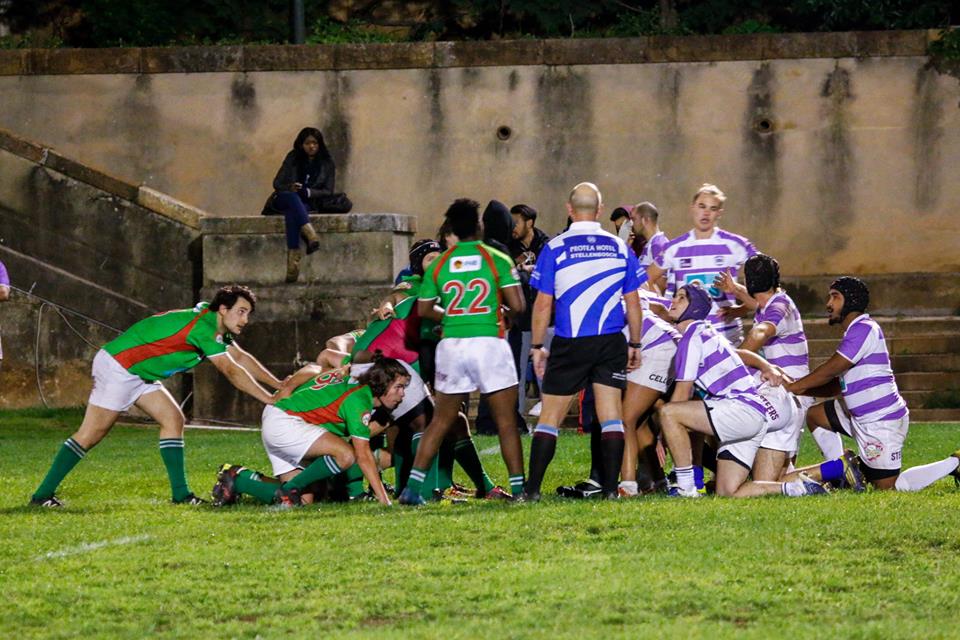 The 2018 Internal League Championship has reached its finals stage of the competition and not many would have predicted what was to come.

Proceedings initially went to script with Ubumbo conceding to the Saints while U20B side knocked over the UCT 3rd XV side to set up a Saints v U20B Bowl Final.

After the disappointment of so narrowly losing out on a cup semi-final spot the Saints will be hungry to defend their title. That game kicks off at 6pm.

The other game kicking off at 6pm is the 7/8th place playoff which will feature the 3rd XV up against Ubumbo.

In an unexpected twist the 3rd and 4th place playoff this year will be contested between the Cobras and the Nadoes, two teams which have dominated the tournament over the last 10 years after both were defeated in their respective semi-finals. That game kicks off at 7pm.

The 2018 Internal League Championship Cup Final will this year feature two side that have never won the competition before when the Turtles take on the Knights at 8pm on the main field of the Green Mile.

The Knights kicked a last minute penalty in an epic 15-12 victory over the Nadoes to earn themselves a spot in the final. This is a team with a strong pack and a flyhalf with exceptional vision making them a threat if they get momentum going forward.

The Turtles made history by being the first team in 10 years to deny the Cobras a spot in the final with a hard fought 18-7 win and will be really impressed with their performance this season. After a shaky start to the season it has been their structure and solid defensive record that have blown teams away this season.

Both teams will be certain to deliver a cracking game on the night and I’m certain you won’t want to miss this incredible rugby spectacle. The Ikeys Pub & Grind will be open to serve drinks and food, as we urge you to come out and support as we close out what has been a very successful 2018 rugby season on the Green Mile.