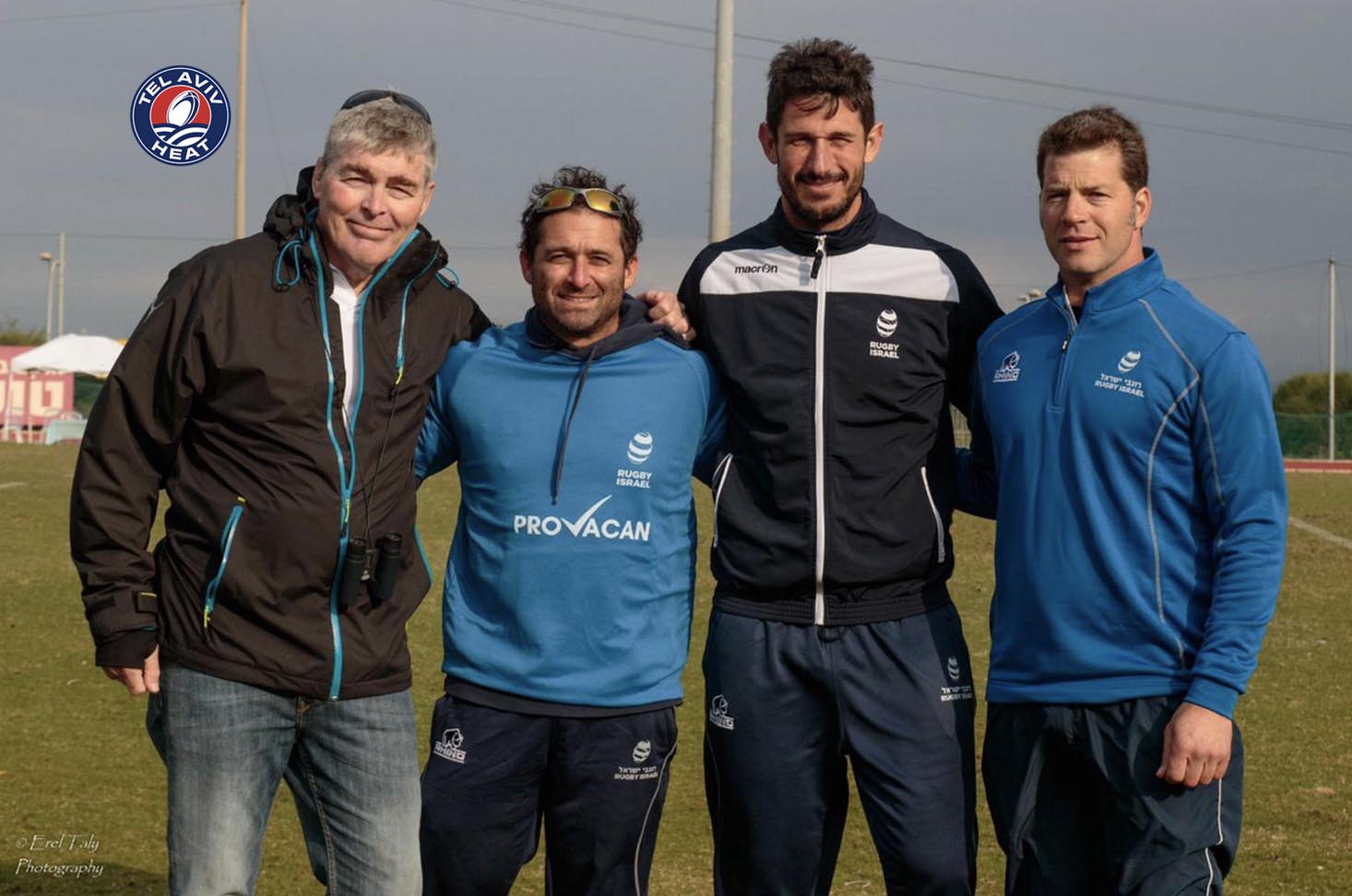 Not one, not two, but three formed Ikey Tigers are building a new rugby team in Tel Aviv Israel under the brand of Tel Aviv Heat, the side will compete in a new Rugby Europe Super Cup. Former UCT coach Kevin Musikanth, ex UCT scrum coach Paul Day and Varsity Cup winning flyhalf Demitri Catrakilis have joined the set-up.

Recently retired from Pro rugby Catrakilis says: “I am most looking forward to creating an environment for players to enjoy themselves and play with freedom. However, that being said I’m really excited about the tactical side of the game and putting some good plans together too. I managed to gather a lot of information throughout my years playing rugby, and I look forward to putting my ideas to the test!”

Former Ikeys prop Paul Day as we know excelled on the pitch as a top prop, first at world famous rugby school Bishops in Cape Town, then over 150 games for University of Cape Town (UCT IKEY TIGERS), and another 50-plus games for Villager, South Africa’s second oldest rugby club. In between, Day played for SA Universities, the SA Navy, WP Defence Force, and Western Province B during the WP glory years.

After finally hanging up his boots, Day has emerged as one of the world’s leading scrum coaches, developing unique insights and instructional approaches over the last 20 years, starting at UCT, where he still serves as scrum coach, before taking on similar roles at WP Currie Cup, Israel’s National Team, Villager RFC, and numerous schools, including Bishops, Wynberg, St Johns and King David. Day has also been called upon as a consultant to the Springboks.

Day is one of the most experienced Varsity Cup coaches, having seen UCT’s pack to six semi-finals and four appearances in the finals. Twice, UCT beat the odds to win the Varsity Cup title, including the famous comeback of 2014 where the IKEY TIGERS clawed back a 18 point deficit in the space of 7 minutes to beat PUKKE (University of Potchefstroom) in a game labelled as one of the greatest rugby comebacks of all time.

“I am looking forward to the challenge of the Super Cup. I like the Tel Aviv Heat rugby model – I think rugby is evolving and the philosophy of the club seems sound. I am relishing the challenge of constructing an efficient scrumming unit, from players from many different countries in a short time frame and seeing how they perform in unfamiliar conditions. Most front rowers will tell you that they are experts up front, I have realized that despite many years in the scrumming game, you still learn with every scrum. I am thrilled to be involved in such an exciting venture…” says Day.

“I am going into my 9th year of involvement with The Godfather. Paulie is without a shadow of a doubt one of the best scrum coaches globally. He absolutely lives for the scrum. Most of the teams he has been involved in have been successful and have started out with packs that were under dogs, ending with packs that not only hold their own but in many instances are dominant. The Tel Aviv Heat will be the 7th team that Paul and I will coach as a partnership. We have done many matches together and have forged a tight coaching partnership and friendship over the years. The Journey of Rugby does this. I have no doubt that Paul will be a standout coach in the Super Cup…”

This coaching team will ensure their squad will “Always believe in Magic” as they go head to head with the top teams from Spain, Portugal, Belgium, Russia, Georgia etc.

All the best to you all, from the Green Mile!

Ikeys win the Ohlsson’s Challenge Shield in 1980 under Giles White’s...