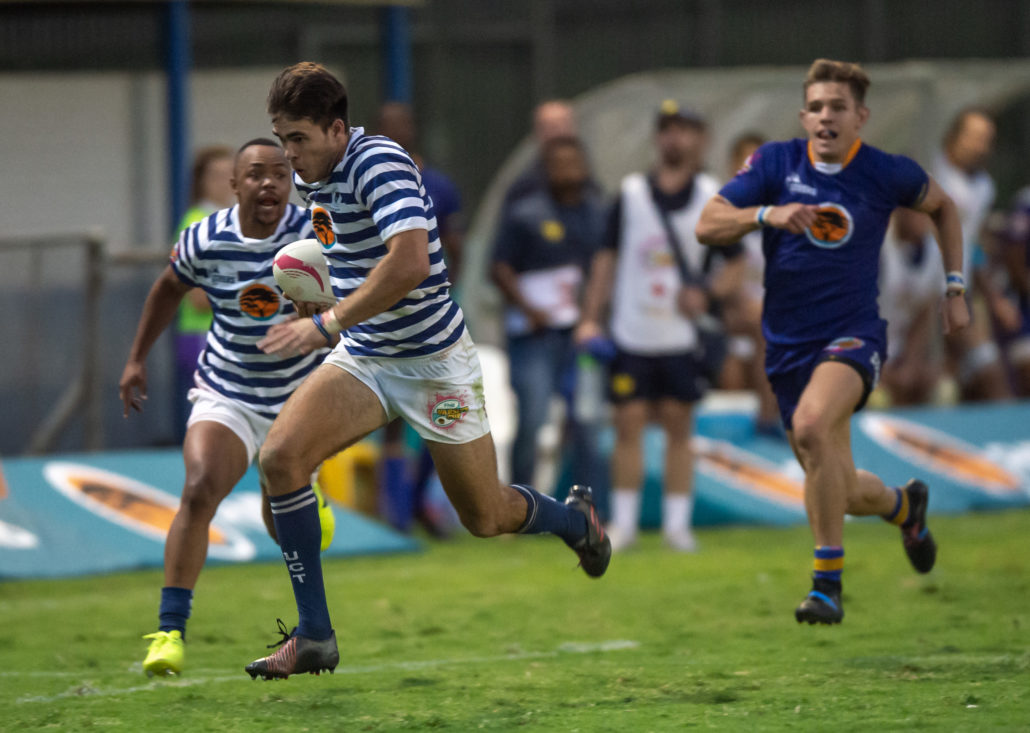 FNB Wits hosted FNB UCT in a must win clash for the men from Cape Town if they looked to make it into the playoffs in 2019. Although languishing in 8th place the Clever Boys had it all to play for on Monday as they looked to complete their perfect record over the Ikey Tigers since their re-introduction to the Varsity Cup in 2017.

The match also had an emotional edge to it as Witsies opened the game with a moment of silence to honour former Young Guns player Hendrik Wehmeyer who sadly passed away in a motorcycle accident.

FNB Wits opened the scoring with a seven point try through AJ van Blerk followed by another seven point try by his centre partner Sicelo Champion. Flyhalf Chris Humphries made no mistake adding the extras to take the score out to 18 – 0.

FNB UCT fought their way back into the match with a try through lock Gary Porter, converted by fullback Darian Hock. Josh van Vuuren then peeled off the back of a maul to socre his side’s second try of the match. Captain Josh Moon then cut his way through their defence, virtually untouched after running a brilliant line, to score under the posts and for the first time in the match the Ikey Tigers lead the match 18 – 19 going into halftime.

Darian Hock scored his side another penalty after the break to extend the lead to 18 – 22 before the men from Johannesburg completed a spirited comeback led by their inspirational captain Constant Beckerling.

AJ van Blerk scored his second try of the match, Wits’ third seven pointer, which Humphries converted to take the score line out to 27 – 22. Humphries added another penalty to his personal tally to take an unassailable eight point lead. The Ikey Tigers fought hard to score a try at the death but it wasn’t enough as the final score read 30 – 29 to the men from Johannesburg.

FNB Wits maintain their perfect record over the men from Cape Town and dash the Ikey Tigers dreams of making the playoffs in 2019.