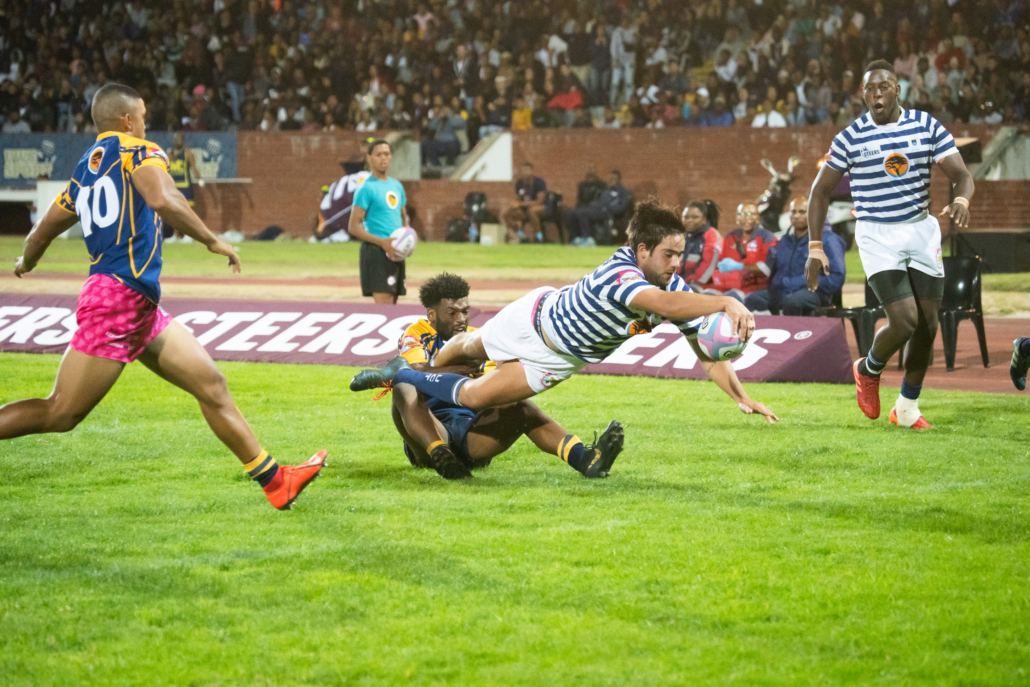 The Ikey Tigers survived a spirited late comeback by FNB UWC to claim their third victory of the season in their 100th FNB Varsity Cup fixture.

In round three of the FNB Varsity Cup FNB UWC played host to FNB UCT in the first Cape Derby of the season.

It was the home side who opened the scoring early on through a superb point of origin try by fullback Gilroy Philander, converted by Keagan Fortuin.

FNB UCT struck back soon after with a try of their own through winger Rayno Mapoe who celebrated his 50th FNB Varsity Cup cap.

Keagan Fortune then kicked over an excellent penalty to extend the home sides lead to 12-5 after the first quarter of an hour.

Thereafter it was all FNB UCT as the Ikey Tigers mauled their opponents with three tries before the halftime break from lock David Meihuizen, flyhalf James McDonald and hooker Cuan Hablutzel.

After the break the away side continued their rampant scoring spree with a point of origin try of their own, wonderfully finished off by Michael Brink and converted by James Tedder.

The men from the southern suburbs were brutal upfront as their forward pack dominated the collisions and set pieces giving them full control of the match.

The home side, however, refused to give up and two spectacular point of origin tries by winger Lundi Msenge brought them within three points of the visitors.

Unfortunately for the home fans it was not to be, as the Ikey Tigers clung onto the lead to win the game 28-31 and claim their third successive victory of their 2020 campaign.

Why did the Chicken cross the mile? – To play for the UCT Young Guns!
Scroll to top