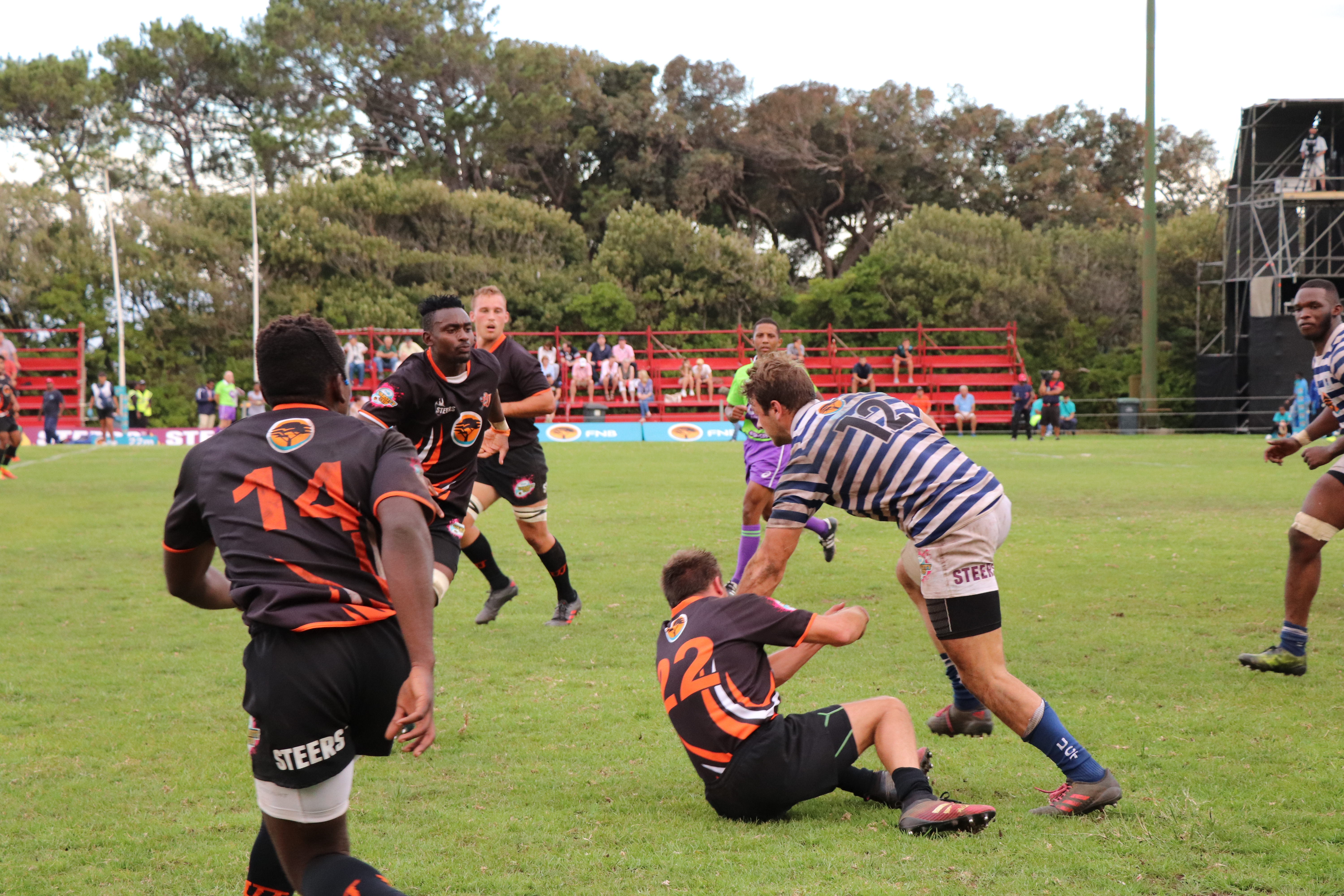 The first game of week four in the FNB Varsity Cup saw FNB UCT play host to FNB UJ, with the home side delivering one of their most dominant home performances the fans have seen in a while. FNB UJ put up a good fight but the home side were too strong and came out on top with a well-deserved 42 – 23 win over the men from Johannesburg.

The Ikey Tigers started strong with a try as early as the 6th minute when captain fantastic Josh Moon crossed over for a wonderful try, set up beautifully with a great dummy run by Duncan Saffy which allowed Moon to go over under the poles untouched. Darian Hock made no mistake with the conversion.

Saffy was next to cross the line, with a bolstering pick and go drive that Bakkies Botha would have been proud of. Darian Hock again adding the extras to take FNB UCT out to a 14-0 lead after 13 minutes.

FNB UJ then fought their way back into the match and a strong run by Taariq February who got his side’s first points of the match with flyhalf Mashudu Raphungu adding the extras. This was soon followed by an excellent intercept try by speedy winger Tatenda Mujawa who ran 70 metres of the field to score his side a 7 point try and ensure that FNB UJ went ahead for the first time in the game.

But that was to be the last time they went ahead in the game as the Ikey Tigers roared back to respond with 2 quick tries before halftime. The first being scored by Kyle Bowman with a brilliant show and go 5 metres from the line and the second, arguably the best try of the game, was scored by eventual FNB Player That Rocks Nyasha Tarusenga. His brilliant take from a Rayno Mapoe offload followed by a silky sidestep to complete a 50m try untouched may even be a contender for try of the season. Darian Hock slotted both conversions to take the Ikey Tigers out to a 30-16 lead at halftime.

After halftime the home side rushed out of the blocks to extend their lead as early as the 43rd minute after a dominant scrum saw Tarusenga go over for his second try. Eight minutes later he completed his hat-trick and really put the nail in the coffin for FNB UJ.

In the 63rd minute Wynand Botha scored a 7 point try for the side from Johannesburg which Raphunga converted but that was the last time the scorers were bothered in the match.

An overall dominant performance by the Ikey Tigers which saw them dominant in the set piece and allowed players like Robbie Ball and Rayno Mapoe to hurt the opposition out wide ensured that they took a bonus point victory and great momentum going forward as they prepare for a series of tough away fixtures from here.

The final score read, 42-23 to the home side and moved them up to 5th on the log before what way may turn out to be a playoff deciding match up against FNB Shimlas away at Shimla Park.