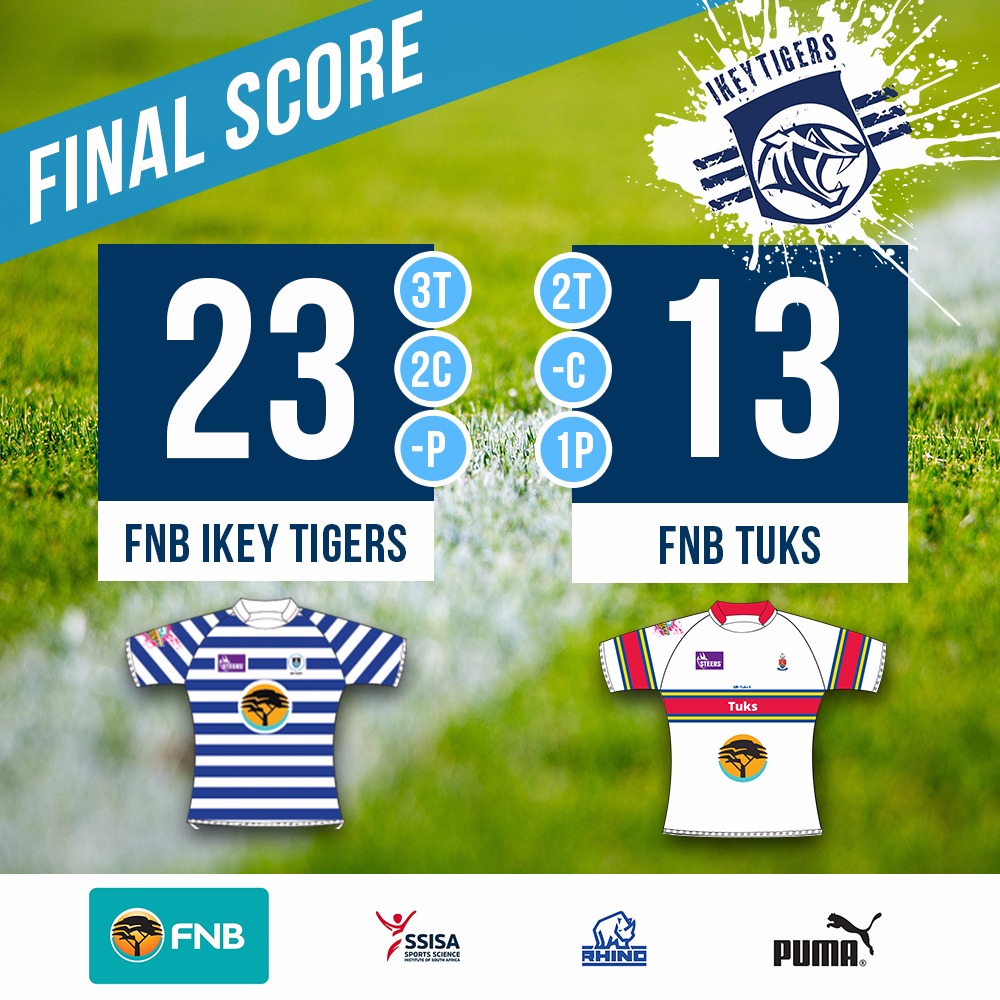 Round 5 of the FNB Varsity Cup saw a true battle of attrition on the Green Mile down in Cape Town. FNB UCT and FNB UP Tuks locked horns in a fierce battle on the dusty fields which saw the home side come out on top to claim their second scalp at home.

The away side struck first through the boot of Junior Springbok Thinus de Beer. The home side then found themselves in unfamiliar territory as the men from Pretoria dominated the set piece. This led to their first try in the corner by fullback Christo Hamman, de Beer unable to add the extras.

From there the away side continued to physically dominate every aspect of the game, including the scrum which has been the backbone of UCT’s game in the 2018 season. Tukkies won another lineout and Adrian Seerane finished off the set move to cross the white wash for his sides’ second try, taking the score up to 0-13.

But the boys in blue and white refused to lie down and clawed their way back into the fixture through a try from the talismanic hooker Cuan Halbutzel. Karl Martin added the extras which reduced the deficit to 7-13 at halftime.

The Ikey Tigers came into the second half a team on a mission and began to regain their set piece dominance as they’ve done all season. Their second try came after a beautiful scrum turnover in the UP Tuks half and Nama Xaba, the eventual Player That Rocks, scored in the corner. Karl Martin added the extras and the home side went ahead for the first time in the match with the score at 14-13.

What followed next was almost 20 minutes of absolute tenacious defence from the home side. Captain Josh Moon spoke early on in the season about the camaraderie within the squad and this was clearly evident in the way that they defended. Every player put their body on the line for the player next to them.

Even with their powerplay the side from Pretoria could not break the home sides’ resolute defence and the pressure on them to score began to mount. This led to a loose pass being intercepted by outside centre Liam Furniss, who could hardly believe his luck, to score the only 7 point try of the match. Lubbe went on to add the extras and take the game out of the Tukkies reach with the score at 22-13.

The final hooter went off seconds later and the home fans erupted having seen their side beat the defending champions for the first time in almost 7 years. The win keeps FNB UCT up in third place on the log and leaves FNP UP Tuks languishing at the bottom of the table.

After 4 straight losses from 4 matches, in a season thus far dubbed as: “Tuks wen niks”, the defending champions will find it difficult to defend their title from this position. The Ikey Tigers though have put themselves in a good position to see them replicate the heights of 2014 which saw them lift the FNB Varsity Cup trophy.

FNB UCT & UP Tuks Looking To Get Back On Track