You are here: Home1 / Ikey Tigers2 / FNB UCT Make It Two From Two With A Famous Victory Over FNB Pukke 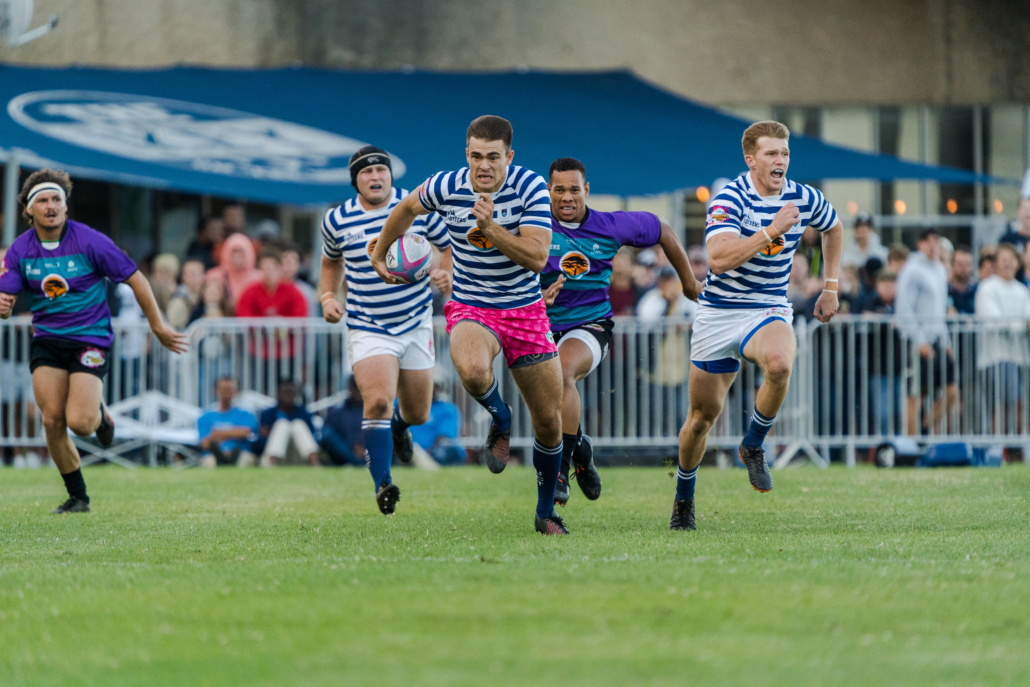 FNB UCT defied all odds as they defeated FNB NWU 31-22 to claim their second successive victory of their 2020 FNB Varsity Cup campaign and gave their home fans something to cheer about!

The Ikey Tigers kicked off the home leg of their FNB Varsity Cup tournament against a very determined FNB NWU side.

Despite starting the match playing against the unforgiving winds of the Green Mile it was the home side who struck first with a phenomenal point of origin try from flyhalf James Tedder, which he converted, to give his side a 9-point lead.

The Eagles from Potchefstroom back soon after with a try of their own through inside centre, Khulu Mcuma. Unfortunately, scrumhalf Riaan Genis couldn’t add the extras.

Although FNB Pukke dominated at scrum time, they struggled to string the phases together against a defiant FNB UCT defence.

Defiant as they were, the home side couldn’t keep the men in purple out forever and a pair of tries from left winger Lincoln Daniels gave FNB Pukke an 8-point lead as they headed towards halftime.

Rayno Mapoe scored deep into the second half for the Ikey Tigers to reduce the deficit to 14-17 at the break.

With the wind at their backs in the second half it was the home the side that came out the gates flying, as two tries in two minutes, from Gary Porter and Liam Furniss, gave FNB UCT a commanding lead going into the final quarter of the game.

A further penalty from Tedder took the game out of the visitors’ reach and despite two late yellow cards for the Ikey Tigers, and a late try from Ruan Swiegers for NWU, it’s the men in blue and white who left the field victorious on the day.

On a night where the whole team put in an impressive performance it was Busanda Mabena who stood up above the rest to earn himself the FNB Player That Rocks. He had this to say after the match:

“It was a great feeling to win our first match at home. After the game against UJ we were looking forward to playing in front of our home crowd. To see everyone applauding a huge effort by the team and singing with the crowd sent chills down my back, it was a special moment.”

FNB UCT take on FNB UWC next in a Western Cape Derby that is sure to draw in the crowds as the Ikey Tigers look to make it three from three.