You are here: Home1 / Ikey Tigers2 / FNB UCT Living On A Prayer 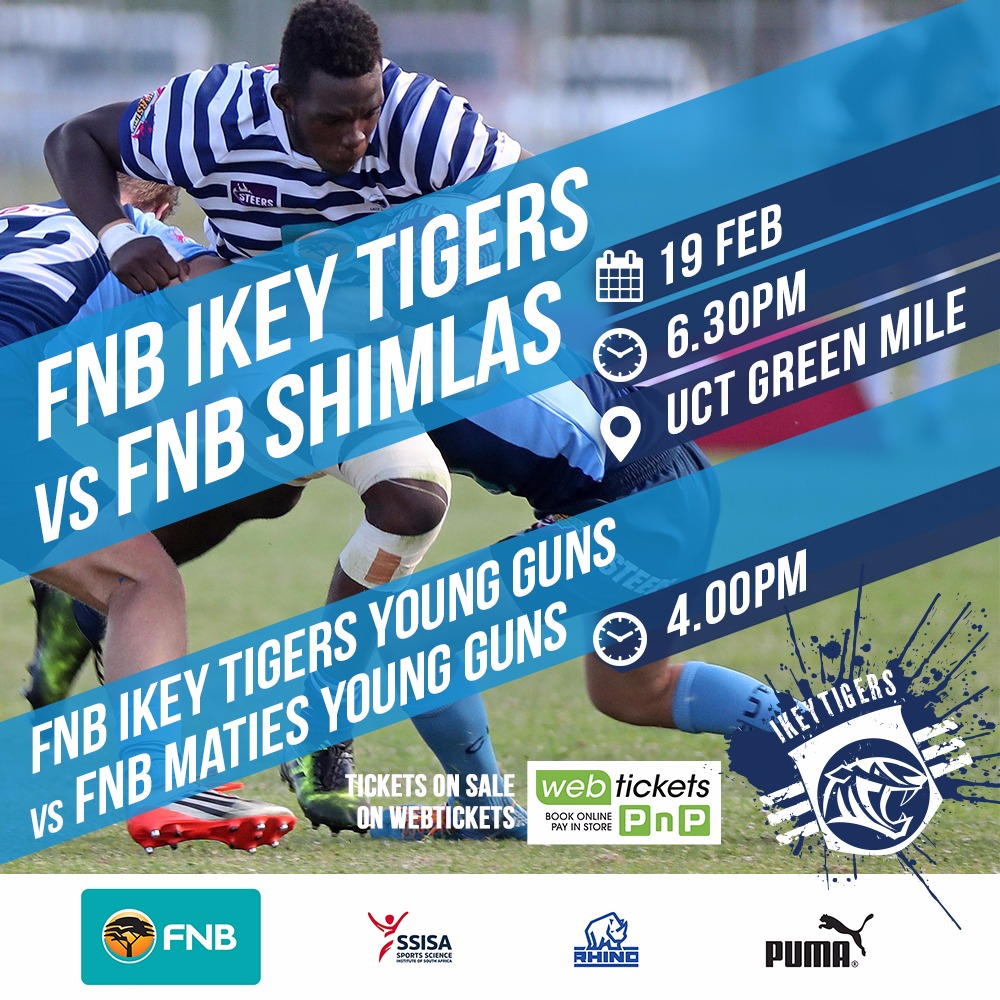 After next Monday’s fixture FNB UCT will be halfway through their 2018 FNB Varsity Cup and they’ll be hoping to retain their current  spot in the top half of the table.

Their next fixture sees them play host to FNB Shimlas at the Green Mile on Monday at 18h30. The two sides last met in Bloemfontein with FNB UCT coming out on top 22 – 7, keeping up their strong reputation for winning on the road.

FNB Shimlas this time around are coming off a convincing victory against FNB Wits and will be looking to carry that momentum with them on the road as they travel to Cape Town.

FNB UCT will also be looking to replicate their incredible performance from their previous fixture, which saw them come out as last gasp winners at home in a tough match against FNB NWU.

The Ikeys and FNB Shimlas now find themselves in 3rd and 4th spot on the log respectively and know that a win for either of them will go a long way to deciding who will remain in the playoff spots later on in the competition.

FNB Shimlas will be hoping that their talisman flyhalf Nicolaas Naude can produce the same magic that saw him win the FNB Player That Rocks in their previous fixture. He ended the match with a tally of 18 points and did an excellent job of leading his backline going forward.

FNB UCT on the other hand will be looking to their forwards to continue the set piece dominance they’ve shown all tournament to control the tempo of the match. They’ll also be looking to continue to show their incredible character in defence which has been the backbone of their campaign thus far.

Should the wind be back on the Green Mile as it was on Monday, game management will be vital for both sides to see who comes out on top.

This fixture brings together two of the form sides in the competition, at a pivotal point in the season which should prove to be a mouth-watering clash.

Get your tickets on Webtickets now to avoid missing out on this classic clash. This week you can also get extra bang for your buck as the FNB UCT Young Guns will be playing against the FNB Maties Young Guns in what should be a thrilling curtain raiser to the main game. Kick off for that game is at 16h00.