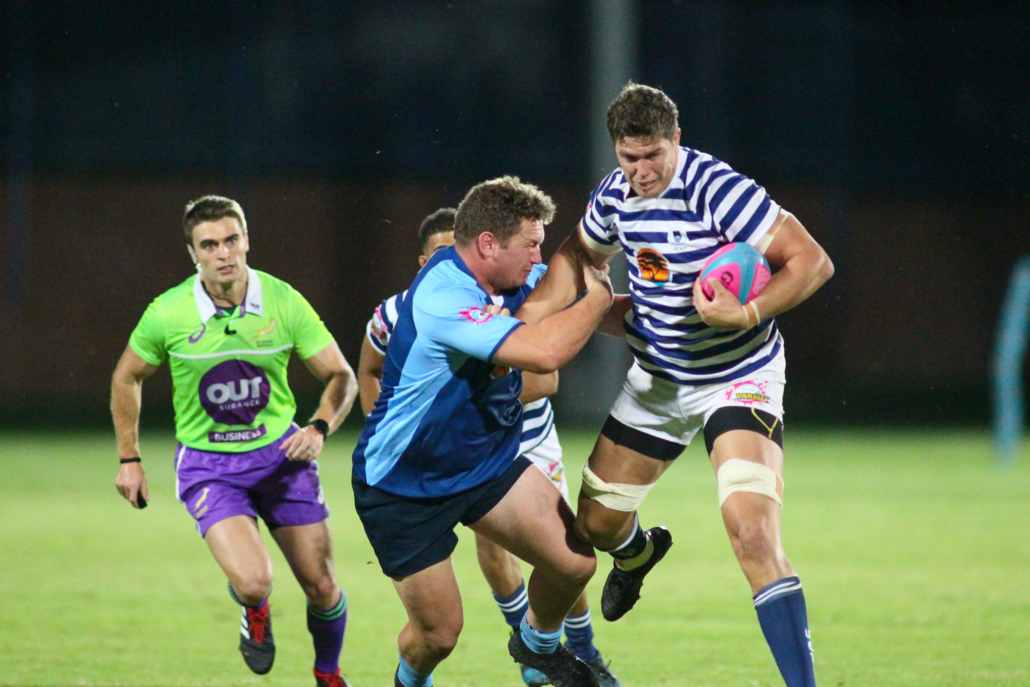 The Ikey Tigers snatched a draw from the jaws of defeat as they clawed back a 20-point deficit to earn a 44 all draw against FNB CUT.

In round four of the FNB Varsity Cup, FNB UCT travelled to Bloemfontein to take on FNB CUT in the hopes of maintaining their unbeaten record.

Despite the wet turf underfoot, the match got off to a frenetic start with both sides scoring tries within the opening 10 minutes. The match then continued to see-saw as both sides traded tries again before the first strategy break.

After that it was the Ixias who grabbed a firm grip of the game as they scored and converted three tries before the halftime break, one a point of origin try, to take a 23-point lead into halftime. The score at halftime read 37-14 to the home side.

In the second half it was the Ikey Tigers who clawed themselves back into the match as they scored 23 points of their own to bring the match back to level terms.

The Ixias scored what seemed like the winner deep into the second half to take the scores out to 44-37 to the home side.

With time running out on the clock, FNB UCT refused to give in as they fought desperately for a try of their own.

It was Josh van Vuuren who proved to be the hero on the day, as he scored off the back of a rolling maul to level the scores and maintain the Ikey Tigers unbeaten record in the competition.

Coach Tom Dawson-Squibb had this to say after the match.

“We were a bit disappointed in how we played the first half but to win the 2nd half 30-7 was satisfying for our guys. The boys love a bit of drama it seems.”

That result leaves FNB UCT in second on the log as they keep their dream of making the playoffs alive.

A Tribute to Greg Swiel
Scroll to top