You are here: Home / Ikey Tigers / FNB UCT Get Off To Winning Ways 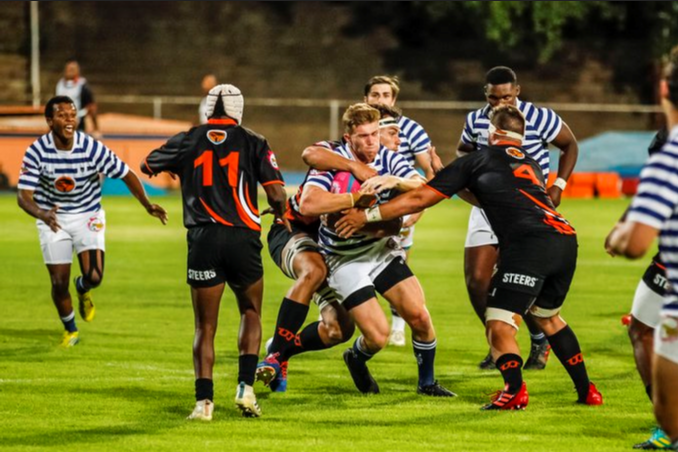 The Ikey Tigers began their FNB Varsity campaign with a resounding 25-16 win away from home against FNB UJ on Monday evening.

Captain Liam Greenhalgh led from the front, as the visitors started off strong, with a try as early as the 4th minute. Flyhalf, James Tedder, slotted the conversion with ease giving FNB UCT an early 0-7 lead.

The home side struck back strong when a “point of origin” try by Shaun Williams, followed by a conversion by flyhalf PW Steenkamp, handed them a 9-7 lead.

A yellow card for the home side for scrumhalf Divan Henning gave the Ikey Tigers the perfect opportunity to claw their way back into the game, an opportunity they grabbed with both hands.

Tedder slotted the penalty to give his side a narrow lead before Gary Porter crashed over the line to give the away team a 9-15 lead at halftime.

The second half was run by FNB Player That Rocks James Tedder who ran the show from the flyhalf berth. An early penalty in the second half extended their lead to 9-18. The away side then picked up two yellow cards of their own and the home side capitalised.

A try from Luke Fortuin, converted by Steenkamp set the game up for a thrilling finale with the scores at 16-18 before another yellow card for the home side put them on the back foot.

A late Siba Mzanwya try converted by James Tedder confirmed the victory for the away side as the final score line read, 16-25 with FNB UJ being denied a losing bonus point in the process.

After that win FNB UCT find themselves in 4th position on the log with a home fixture against FNB NWU to follow.