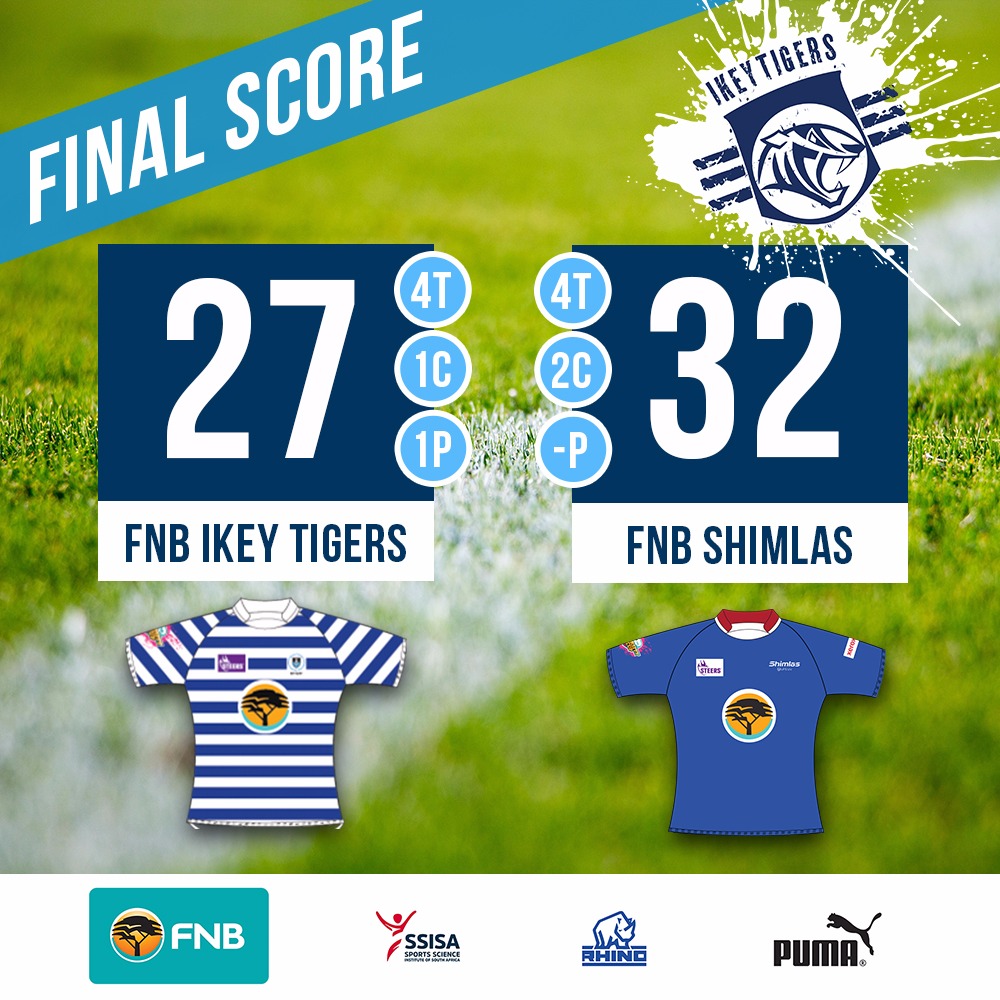 The round 4 match-up between FNB UCT and FNB Shimlas gave us all of that and more,  proving that 11 years into the competition the FNB Varsity Cup are living up to that promise.

For someone unaware of all the rules and initiatives the Varsity Cup has introduced, it may be tough to explain to them how FNB UCT lost that game.

Both teams scored 4 tries; although FNB Shimlas converted 2 of those and FNB UCT only one. FNB UCT sunk a penalty kick which ordinarily would have guaranteed victory, but what mattered last night was the quality of the tries scored.

The FNB Shimlas backline were phenomenal and produced 4 stunning 7 point tries, including 1 during their powerplay which completely undid all the hard work made by FNB UCT’s impressive forward pack.

FNB UCT were the first side to register points on the scoreboard. In the opening 5 minutes, loose-forward Nyasha Tarusenga scored his 4th try in as many matches. Karl Martin was unable to convert the try but made up for that by slotting a long range penalty 5 minutes later.

FNB UCT continued to dominate the fixture with their forwards asserting physical dominance over their opponents as they’ve done all tournament, before FNB Shimlas scored their first 7 point try completely against the run of play. A break up the middle of the park by winger Gideon Aganbag finished off by inside centre Sango Xamlashe. Flyhalf Nicholas Naude was unable to add the extras.

FNB Shimlas were the next side to score, this time from a defensive scrum on their own 5 metre line. Winger and eventual FNB Player That Rocks, Athi Halom, produced arguably one of the best tries of the tournament which left the home side stunned.

FNB UCT fought hard to claw their way back into the match and a try by lock Duncan Saffy on the stroke of halftime, from which Martins added the extras, meant the home side went into the break ahead 15-14.

FNB UCT came into the second half fired up and a great break down near the touchline by hooker Cuan Hablutzel eventually lead to a try for scrumhalf Pieter Schoonraad. Martins converted the try to take the score to 22-15.

But FNB Shimlas refused to lie down and an excellent box kick from deep in their half was collected by winger Gideon Agenbag before offloading to substitute Ayabonga Oliphant for FNB Shimlas to register their third 7 point try of the match. This time Naude made no mistake adding the extras taking the score to 22-23.

FNB UCT then scored their bonus point try just before the strategy break with Cuan Hablutzel bolstering his already impressive performance with a try, although Martins unable to add the extras.

At the strategy break neither team had used their power play and were forced to do so when play resumed. FNB Shimlas got full value from theirs, scoring their fourth 7 point try of the match which Naude converted to take the scoreline to 27-32.

FNB UCT fought hard to get the winning try, but a yellow card later on in the fixture coupled with handling errors running into the howling wind of the Green Mile prevented them from doing so.

FNB UCT walked away from the fixture with 2 vital log points and now find themselves fourth on the log, but surely feel hard done by not to have walked away with the W from last night’s game.

Ikeys in the News Feb 2018
Scroll to top