FNB Ikeys Get On The Road To Face The Madibaz

You are here: Home / Ikey Tigers / FNB Ikeys Get On The Road To Face The Madibaz 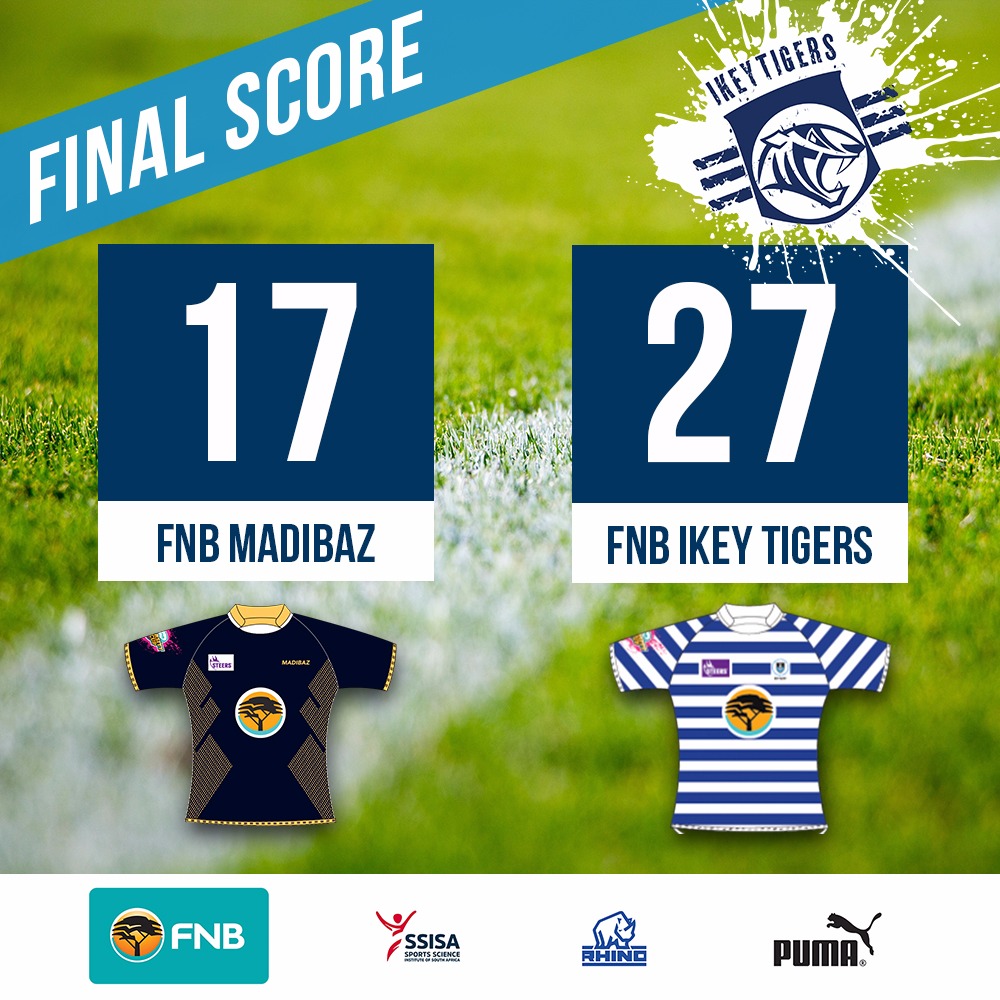 The second round of FNB Varsity Cup saw FNB UCT register their first win of the season on the road against FNB Madibaz 17 – 27.

The home side fought hard against the boys from the Cape but ultimately the Ikeys’ strong set piece dominance was too much for them to handle.

FNB Madibaz were the first side to register points in the match through the boot of flyhalf Simon Bolze converting a penalty early on in the match.

FNB UCT then responded strongly through some solid scrummaging efforts and the monster boot of fullback Karl Martin which set them up with a lineout in the corner. The forwards made light work of crossing the whitewash with hooker Cuan Hablutzel getting his name on the scoresheet.

The home side then came back with a scintillating 7 point try completely against the run of play with the initial break being made by flanker Henry Brown who charged up the field from the middle of the ruck. Flyhalf Simon Bolze then took the quick recycled ball and left the defence with their hands on their heads after a stunning show and go which saw him finish under the sticks, leaving him with an easy conversion.

The sturdy boot of Karl Martin made sure the boys in blue and white were ahead at halftime by slotting 2 penalties including a thumping kick from almost 50 metres out on the angle. The halftime score 10 – 11 to FNB UCT.

FNB Madibaz were the first side to register points in the second half with another spectacular 7 point try in the corner from outside centre Siphumelele Msutwana but that would be the last time the home side would register points.

Cometh the hour mark cometh the man which for FNB UCT came in the form of substitute scrumhalf Pieter Schoonraad, eventual FNB Player That Rocks, who scored a sweet 7 pointer after another dominant scrum from the forwards during the Madibaz power play. Lubbe easily adding the 2 points to restore the away sides lead.

FNB UCT carried through that momentum to continue to dominate play and another dominant scrum, 5 meters out, from the forwards saw Nyasha Tarusenga pick up from the back and beat 2 defenders to score his second try of the campaign.

After the win the Ikey Tigers find themselves in 4th position on the log and will be looking to carry this momentum forward into their next home fixture against FNB NWU Pukke.

FNB Ikeys Get On The Road To Face The Madibaz