You are here: Home / Ikey Tigers / FNB Ikeys Back On Home Soil 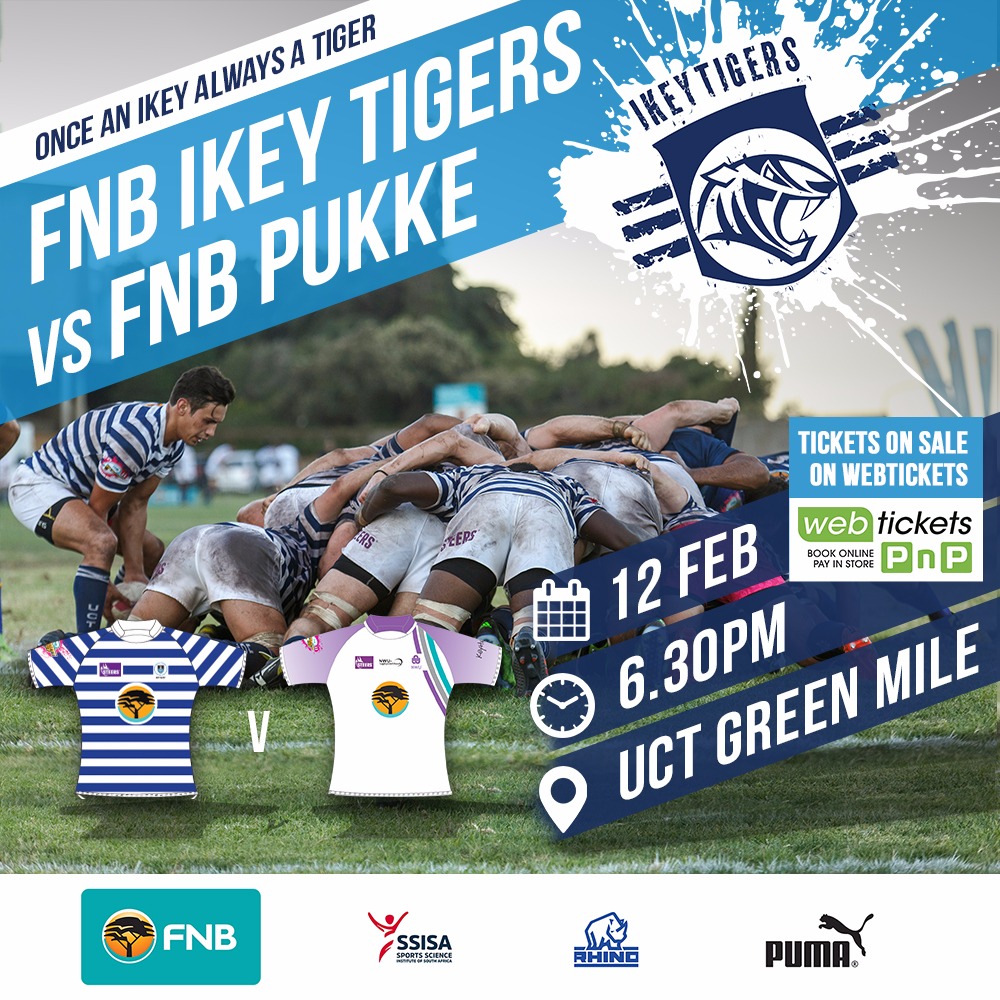 The FNB Varsity Cup gets underway with round 3 on Monday 12 January. FNB UCT play host to FNB NWU Pukke at The Green Mile at 18:30.

FNB UCT don’t have a good record against the boys from the North West, their last meeting ending in a 15 – 20 loss in Potchefstroom.

However no one could forget the last time FNB UCT did beat this FNB NWU Pukke side as they did so in spectacular fashion. They recorded what is arguably known as the greatest comeback in rugby history.

The current team may be vastly different now than the side that ran out to win to the competition in 2014 but they can draw a lot from that performance going into the match on Monday.

The FNB UCT side of 2018 in their previous 2 fixtures of the tournament have shown great heart and tenacity in the way that they play. They’ve also proven that a solid set piece along with some accurate kicking can go a long way to winning matches.

This was especially true in their performance on Monday against the FNB Madibaz where the side picked up their first win of the campaign.

“We bank that win now, good to get one under the belt, and move on to the next challenge which is Pukke in front of our home crowd which is exciting,” said Captain Josh Moon.

FNB NWU Pukke are coming off a bye this week whilst the FNB UCT side carry momentum from their previous victory so it will be interesting which side comes out on top when the two sides meet on the infamous Green Mile.

The match kicks off at 18h30 and tickets for the game are available on Webtickets or at the gates. Be sure to come out and support the boys in blue and white!