The age old adage that a game of rugby is akin to a building was plainly evident yesterday. If the foundation of the structure, the pack of forwards, does not stand up to the tremors, the vagaries of weather, and the dynamic of the elements ranged against them, the building sways dangerously in the high winds. Wind, in the form of the Cape Doctor, played a big part in the poor handling and passing of both sides in the first half. 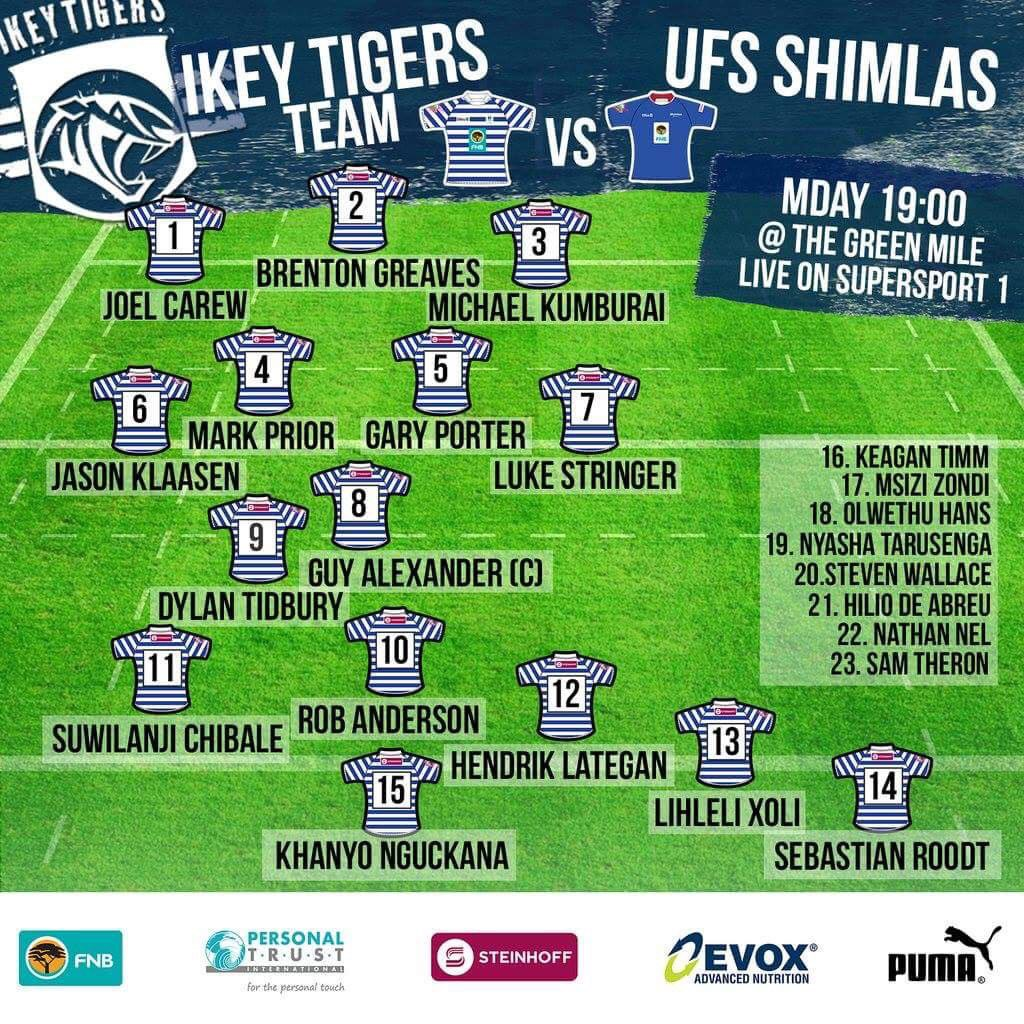 Right from the first scrum, the lighter Ikey pack was in trouble, often backpedalling. As an old lock forward of the past, I can empathize with the Ikey locks and Guy Alexander. The power and excellent technique of the Shimla’s front row was simply too much for the young Ikey front row, on the day. The Ikey Scrum Master, Paul Day, will nurture and develop the 19 year olds to realize their true potential. In my day, 19 year old front rowers playing at the level of Varsity Cup rugby were as rare as hen’s teeth. Power to these young warriors.

But for the excellence of Guy Alexander in picking up the ball at the base of the scrum, and making acres of ground on numerous critical occasions, the Ikey Tigers would have put even more pressure 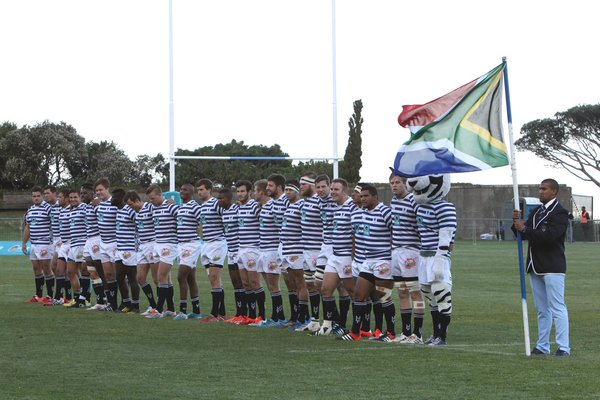 on Dylan Tidbury, and the inevitable disruption to the rhythm of the backline. Alexander was outstanding throughout the game, and the line he ran to set up the Ikey’s one try was brilliant. Mark Prior showed the value of experience, a high work rate, strength, and an uncompromising approach to the power of the Shimla forwards. He took no prisoners, and is a key member of the Ikey Tiger’s pack. Jason Klaasen was quieter than usual, but the old equations that if your tight forwards are getting rolled in the tight phases, loose forwards are invariably the fall guys, was the case in most of this game. 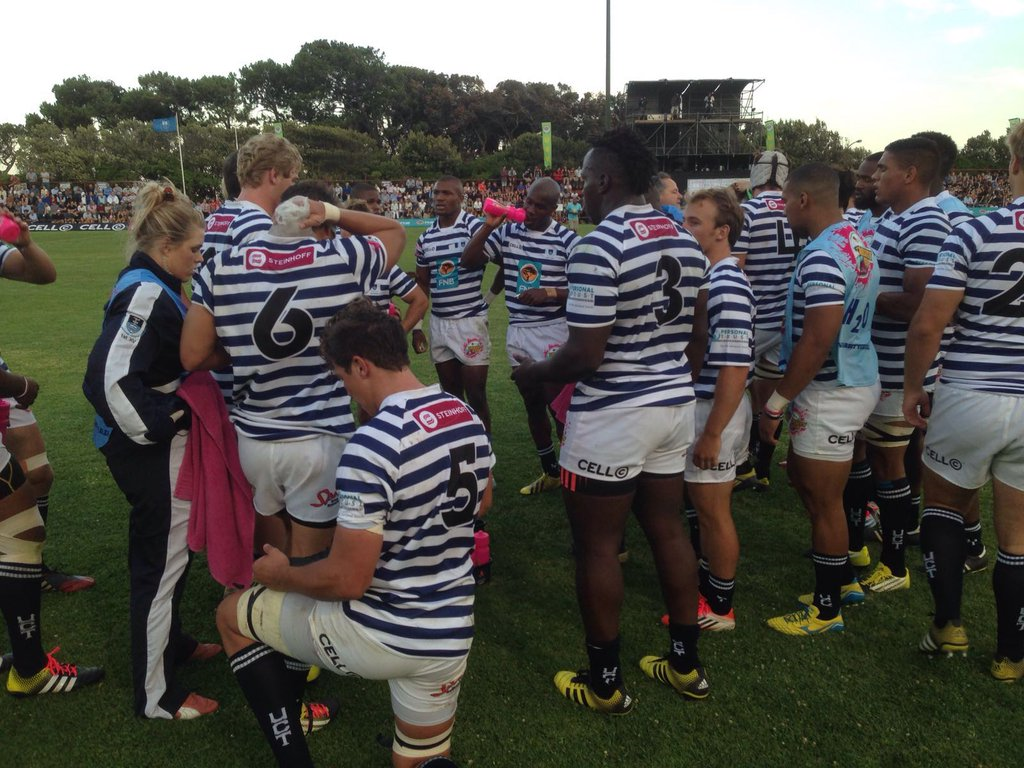 The handling and passing from both teams was very poor in the first half. The commentators remarked that the South-Easter was a huge factor. Well, I don’t entirely agree. I have watched a lot of rugby in New Zealand, and even in far worse conditions than those prevailing yesterday, the handling and passing is consistently far superior to that exhibited by two teams renowned for ensemble rugby. As  Nick Farr-Jones, the ex-Wallaby skipper of the triumphant RWC 1991 Australian team, and one of the great scrumhalves of rugby, remarked; playing into the wind, something the Ikey Tigers are normally good at, is easier from the point of view that the ball comes into your mitts and body. The unforced errors from both sides ran into double figures long before the game was in the critical last quarter.

During half-time the Super Sport interviewer chatted with John Dobson. Dobbo was in cracking form, his inimitable repartee capped by a retort that the Ikey Tigers were genuine students, clever young men expected to launch rockets, as opposed to the poseurs who were ‘studying’ transport logistics. No names, no pack drill, but we all know that some universities have poked holes in the Varsity Cup ruling on players participating be comprised of genuine students, with a dispensation for a limited number of players not being full-time, genuine students. Flaunting this rule demands fitting punishment and censure. 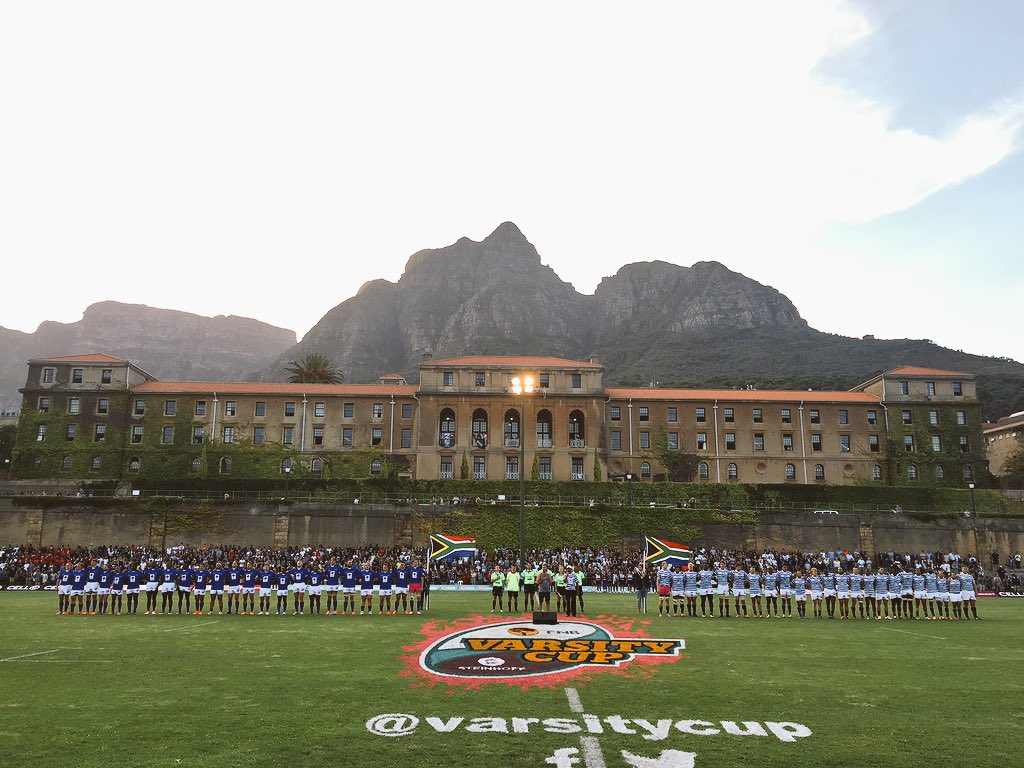 At half time the Ikey Tigers had enjoyed 69% of possession, with nothing to show for it. Expansive rugby is lovely to watch, but the beauty of rugby is the inclusivity of it; all 15 players (we are not the 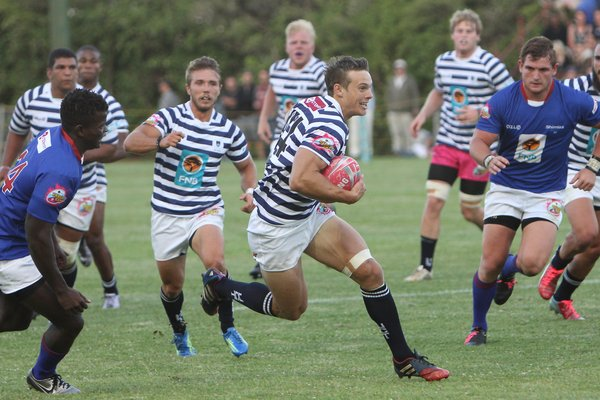 Blue Bulls of old) need to chip in to provide a sensible platform for the backs to do their athletic rugby ballet we all love to watch. Too often, we ran from deep, only to lose possession. The turning point in the game was in the second half when the Shimlas tightened up, cut down on the errors, drove remorselessly up the middle, and then released their powerful backs. They played sensible, accurate rugby, and in a relegation year we need to remember that Nathan Nel moments only happen once in a blue moon. Ikey rugby will always be high risk, balls to the wall, but there are times when we need to remember what the great UCT captain of the mighty 1960s team, Basil Bey advocated at UCT and Bishops over the years. The forwards are the piano movers, for the backs to play the sweet notes on the piano which enthrall the audience.

I expect slings and arrows from the experts and Ikey fans, but as my dear friend, Spiro Zavos, of The Roar sports website, and a famous sports columnist in Australia, told me recently, if you allow all the armchair experts to influence your honest opinions, give it away, and read comics, instead of writing about your favourite team.

This Ikey Tiger demonstrated huge bottle, tackling like demons, and not buckling under the 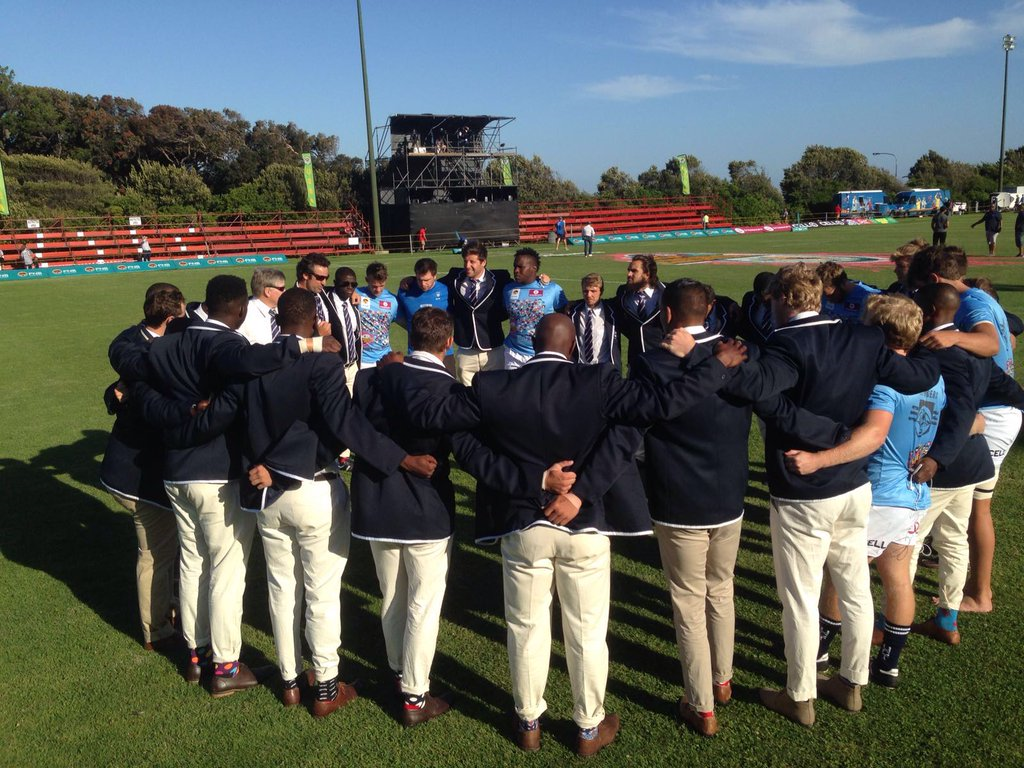 pressure until the last twenty minutes, when the Shimlas played very well. We have some great steppers, and a young forward like Gary Porter showed what a half of Varsity Cup rugby can do. He stepped up significantly in the second half. It took that excellent Ikey lock, James Kilroe, a season or two to hone his fiery commitment and talent. So I trust, will Gary Porter’s development progress. Khanyo Nguckana is a talent of note. We will see much more of him in the future. Alexander is a high caliber player, and I would like to congratulate Shimmy on the first big outing, and wish him heaps of good fortune this year as Head Coach of the Ikey Tigers.

For Video Highlights of the Match See: http://goo.gl/DDNLc5 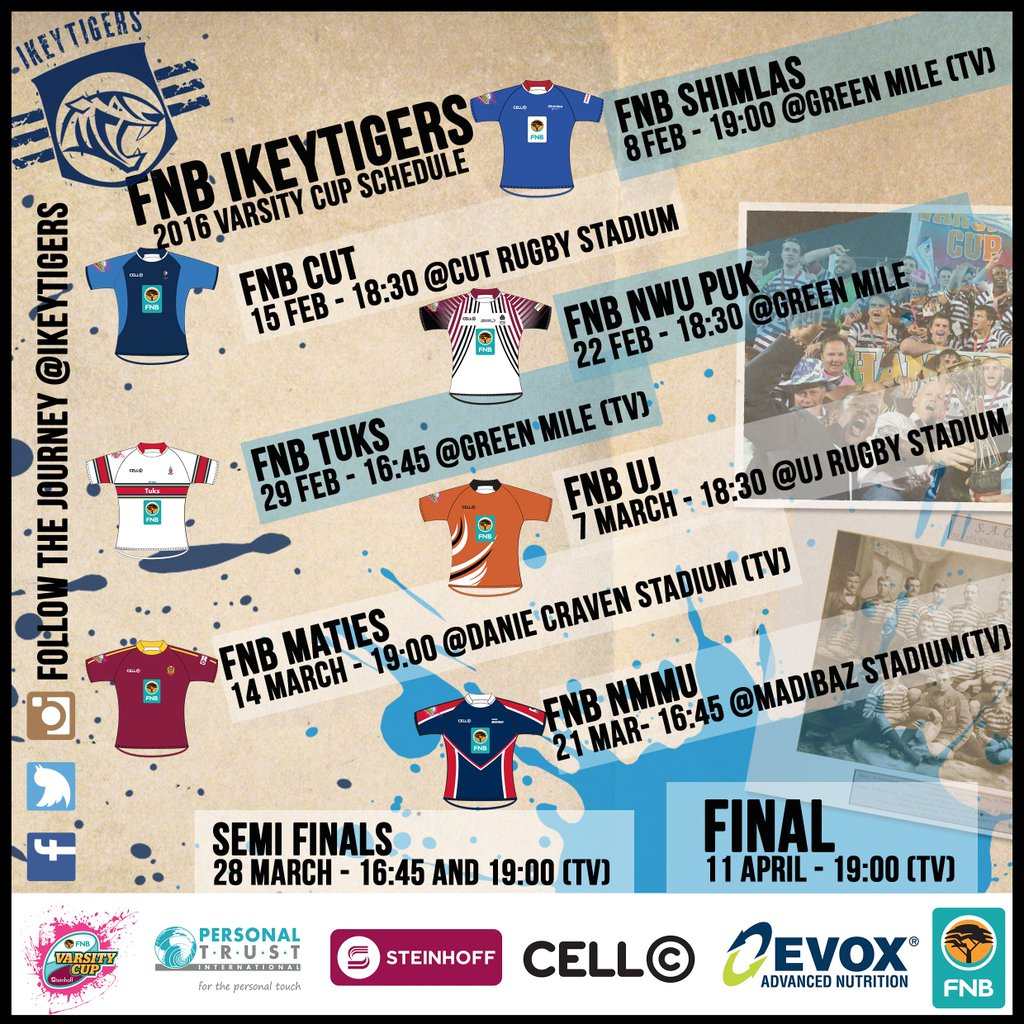 What of the New Rules?

As for the 2016 tweaks to the Varsity Cup rules, I comment as follows. I could not see any improvement in the scrums, due to the ‘slide.’ Maybe it should be called the’ Sleight of Hand ?’ The putting in of the ball at scrum time seemed to work, as did the maul variation. The 5/7/9 point’s thing is still confusing to an old duffer like me, but if we pull off a few Nathan Nels during the 2016 campaign, I will think that is a bloody marvelous innovation.

The one wrinkle I had not contemplated was the possibility of a team kicking the ball back to their own 22 in the belief that they have the opportunity and capability to win possession from the ensuing lineout, and rampage all way to the opposition try line for a 9 point try. Crazy, or is it? The ball could even be kicked BACKWARDS to a classy piano player, who could waltz upfield, creating a Nathan Nel moment, and a 9 point try. Viva Ikey Tigers! 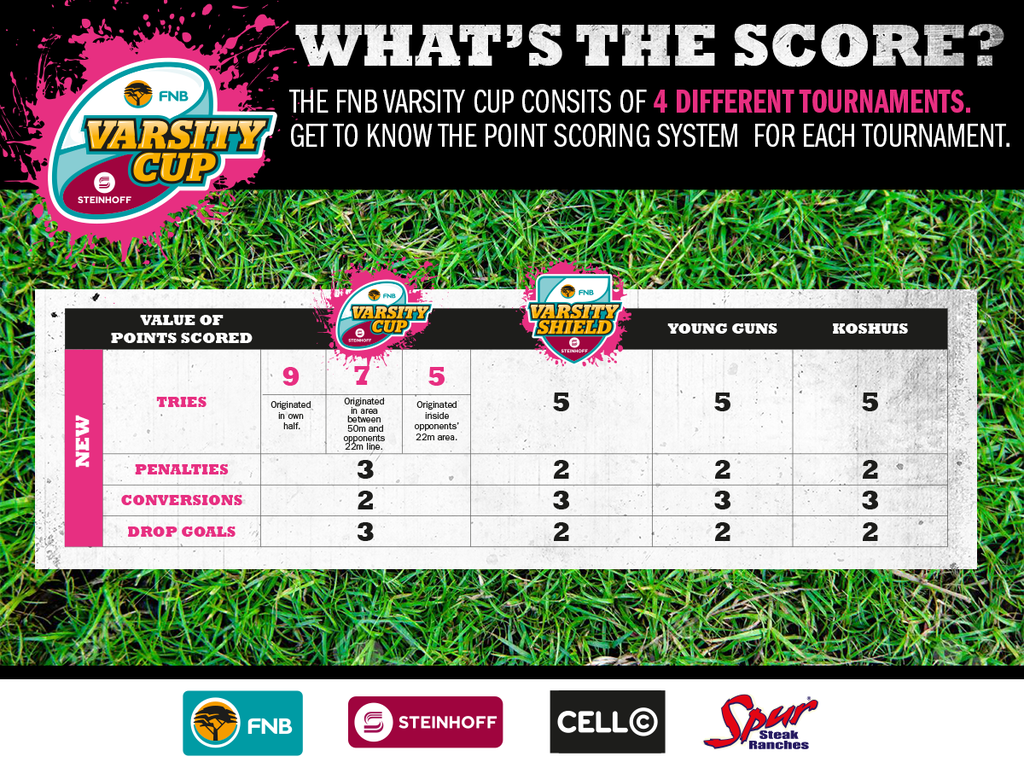 DON ARMAND: A MAN FOR ALL SEASONS
Scroll to top