Come Monday, before rugby fans all around the country tune in to witness the 2016 FNB Varsity Cup presented by Steinhoff International final, the FNB Ikey Tigers will take the field in their final match of the 2016 FNB Varsity cup campaign in what they know is a must-win game.

“It’s been a very difficult season, but we’re working hard to put everything that’s happened out of our minds and focus on the task at hand. We’re excited for the challenge and keen to end the campaign on a positive note,” said captain Guy Alexander.

The FNB Ikey Tigers were originally scheduled to play FNB UKZN in the relegation/promotion playoff, but the FNB Varsity Shield side were docked twelve points for fielding an ineligible player earlier on in the season. This means that the FNB Ikey Tigers will now face FNB UWC, a team they’ve already squared up against during their preseason.

“We’ve been really impressed with how UWC have played this season, and we’ll look at the game no different to how we look at other teams in the Varsity Cup. We know what this game means to them and they know what it means to us, so I’m sure it’s going to be a tough encounter.”

Alexander went on to express how important it is to ensure that the team is still in the FNB Varsity Cup next season, but he also noted that they must be wary of being caught up in the moment. “The Ikeys have a proud history and we understand the responsibility we have to uphold that. That being said, it’s important for us to focus on the actual game of rugby and not get caught up in the emotion of it all,” Alexander said.

Alexander also mentioned the brighter side of things, and one wouldn’t expect anything less from the captain. “I’ve been impressed with the youngsters that have come through this season. They’ll learn a lot from this experience and I hope that it can help them come back stronger next year and make all Ikeys supporters proud,” Alexander said.

The FNB Ikey Tigers are set to take on FNB UWC on Monday, the 11th of April at 14:30 (TV) at Danie Craven Stadium, Stellenbosch. Tickets are available via (www.webtickets.co.za) 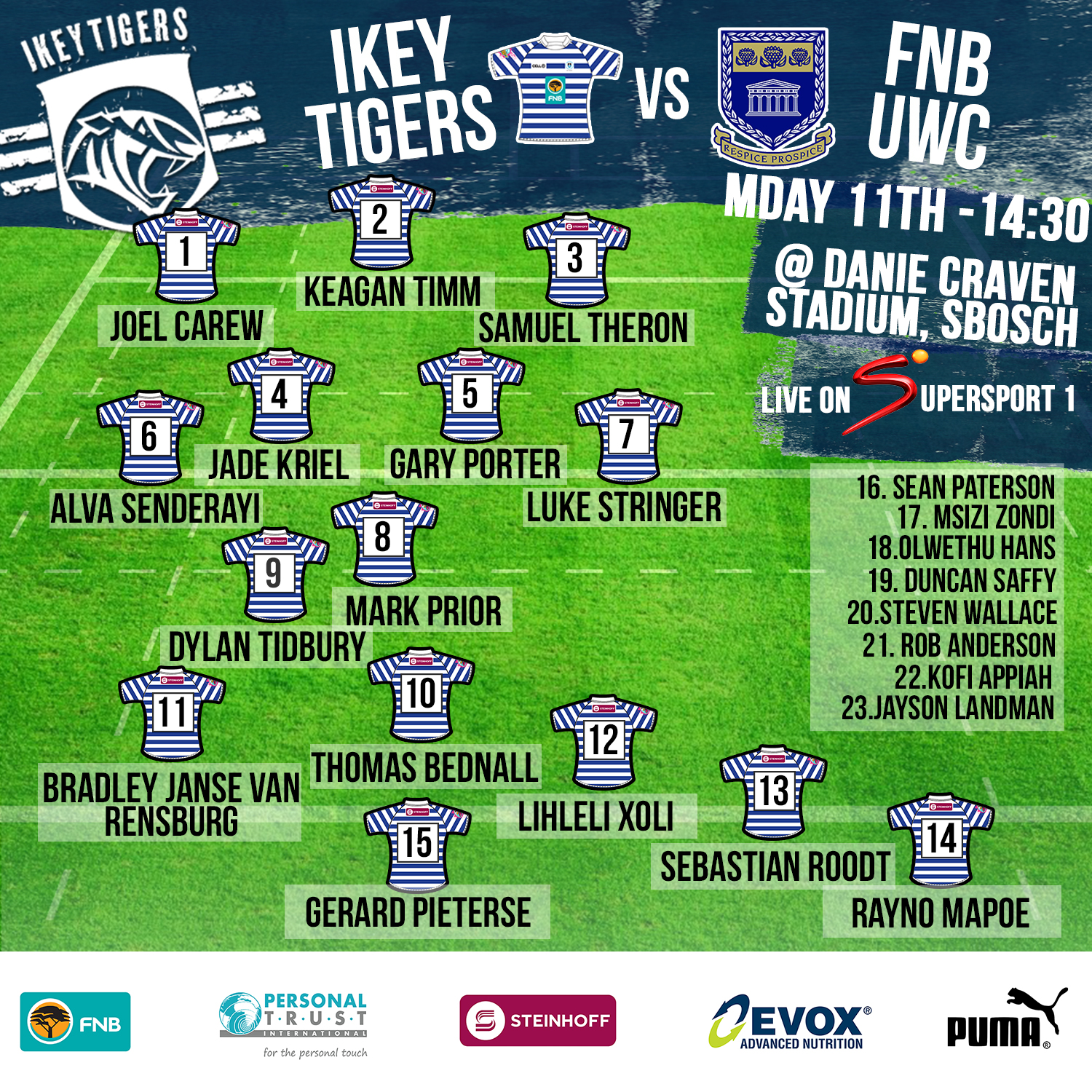 The FNB Ikey Tigers Team to take on FNB UWC: