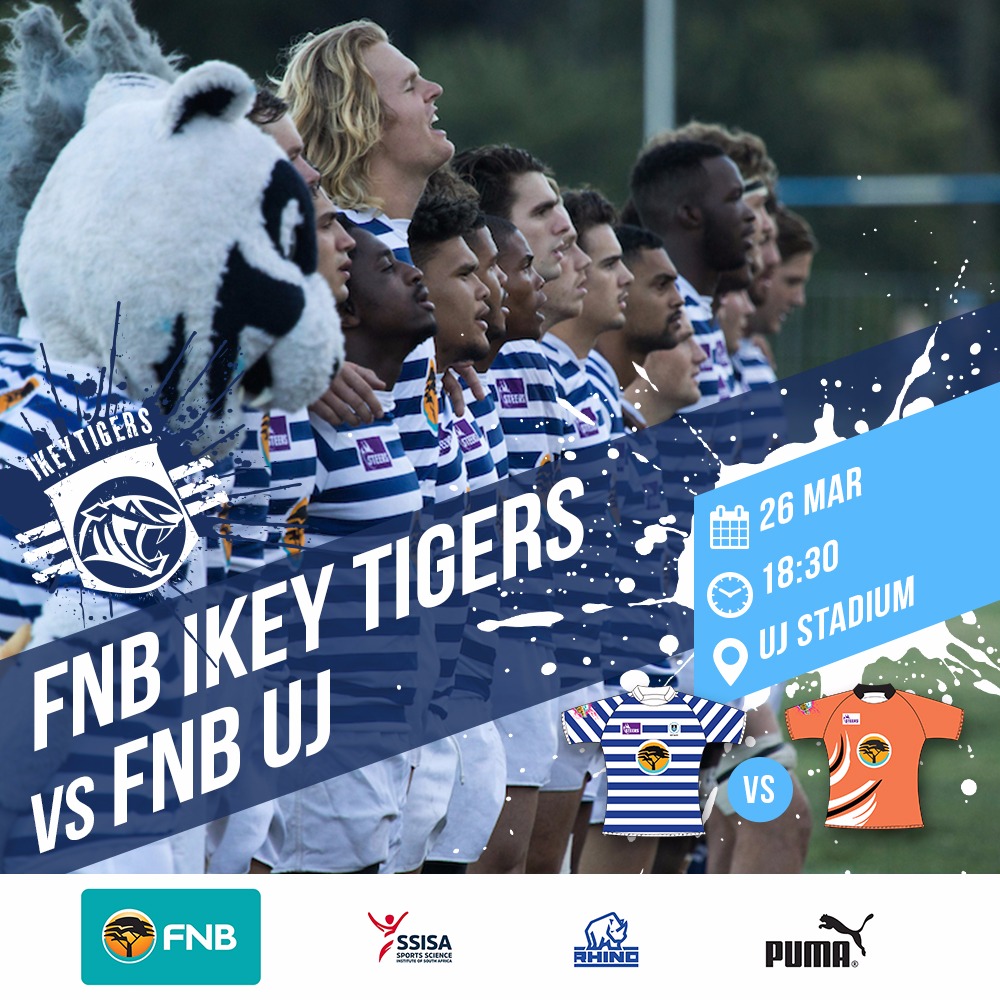 Going into the final game of the round robin stage of the competition the FNB Ikey Tigers have got everything to play for.

The side currently sit in fifth position on the log only 3 points adrift from the playoff spots with only FNB UJ standing between them and a semi-final spot.

The two sides meet on Monday and a win from either side will all but guarantee their place in the semi-final.

FNB UJ come into the match as the form side, undefeated in their last 3 games. Their last fixture against FNB UP Tuks ended in a 30-30 draw as they were unable to hold onto their lead.

They’ll be bitterly disappointed with that result as it has left the back door open for the FNB Ikey Tigers to overturn their position and sneak into that fourth and final semi-final spot.

The FNB Ikey Tigers are coming off a narrow victory against FNB CUT in Bloemfontein where they can take confidence from the fact that they got the job done.

They went into the match knowing that nothing less than a bonus point victory would give them a shot at a semi-final spot.

Up against a FNB CUT side fighting for their lives in the competition trying to avoid relegation at the end of the season, the side from Cape Town showed great composure to win the game.

That kind of steely determination will be crucial going into this match up where the side will have to win and win comfortably if they are to secure a spot in the semi-finals as a losing bonus point is all FNB UJ needs to hold onto their log position.

The FNB Ikey Tigers are familiar with the underdog tag and at the start of this season not many would have put money on the team coming this far, based off the previous 2 seasons, but this 2018 side has restored pride in the blue and white hoops.

This is a team that boast a solid set piece, a burly pack of forwards, a formidable defence and an exciting backline. All these ingredients plus a fearless leader in the form of captain Josh Moon make up the credentials of a championship side and whether or not they make the semi-finals one can be very proud of the FNB Ikey Tigers and their season thus far.