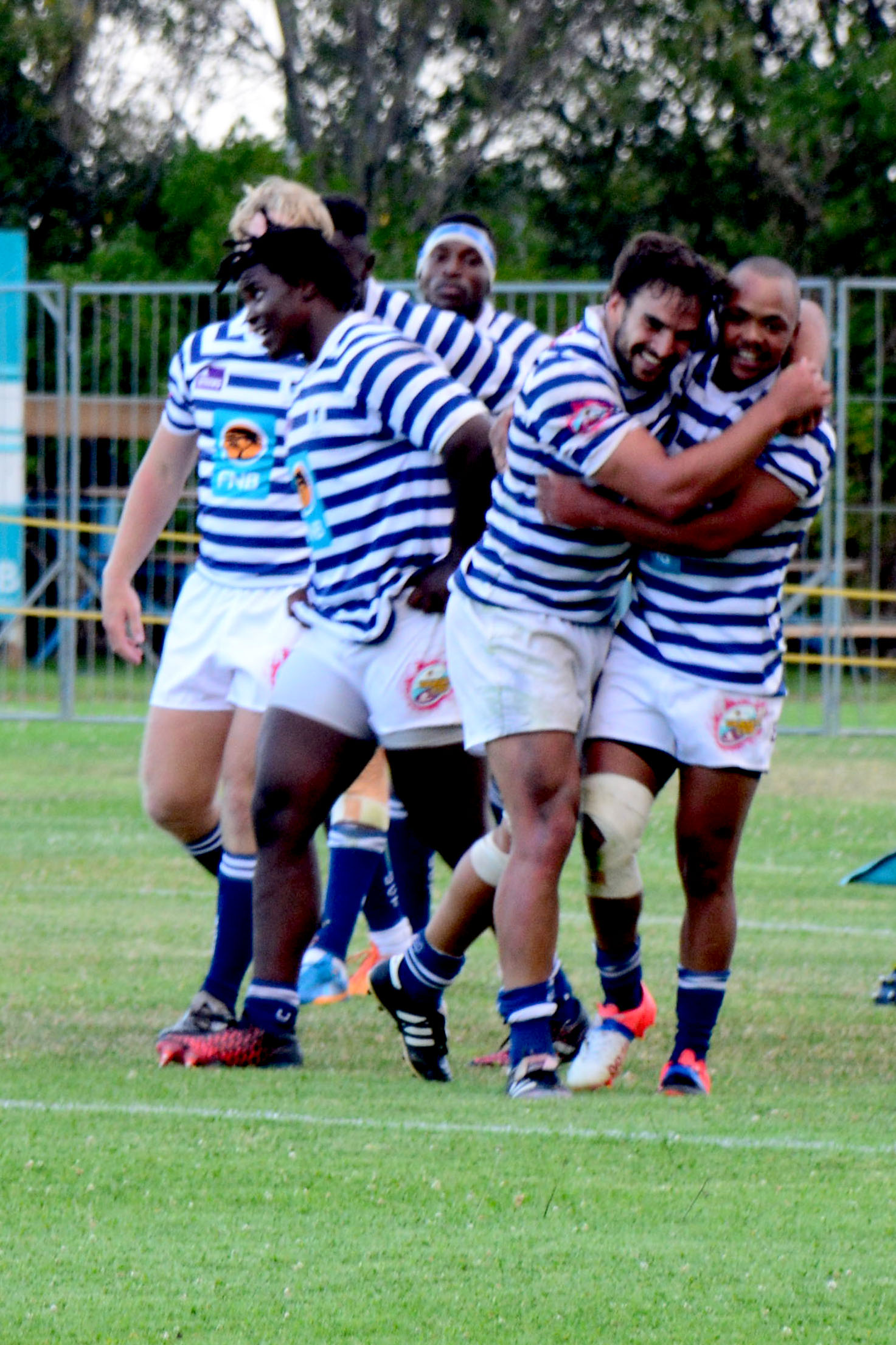 The FNB Ikey Tigers earned their first win of the 2017 FNB Varsity Cup presented by Steinhoff International as they beat FNB CUT 21 – 12 at a windy Green Mile on Monday afternoon. The team left it ‘til late, as a powerful run by Rayno Mapoe in the dying moments of the game saw the home team secure the win.

“It’s a huge relief for us, and a huge morale boost as well. I think the result came at just the right time, because without it, the next few weeks would have been much more difficult,” said coach Christiaan Esterhuizen.

The FNB Ikey Tigers started the game well, and their pressure paid off in the eight minute when they scored their first try of the game through Hablutzel. They then proceeded to score again just before halftime, going into the break ahead by twelve points. Two tries in the second half by FNB CUT saw the teams level as the clock ticked closer to full time. The FNB Ikey tigers won a penalty right in front of their own try line, and instead of settling for the draw, worked the ball wide to Mapoe who ran the length of the field with ball in hand before offloading it to Lategan, who slid home.

The FNB Ikey Tigers played almost half of the entire match a man down, as two yellow cards and a red card meant that every player had to fight even harder for the win. “It was a massive performance defensively because we played with a man down for almost a full forty minutes. The guys defended brilliantly, and the two tries we conceded were from line breaks because of individual brilliance. That shows character, fight and guts. I’m very happy about that,” said coach Esterhuizen.