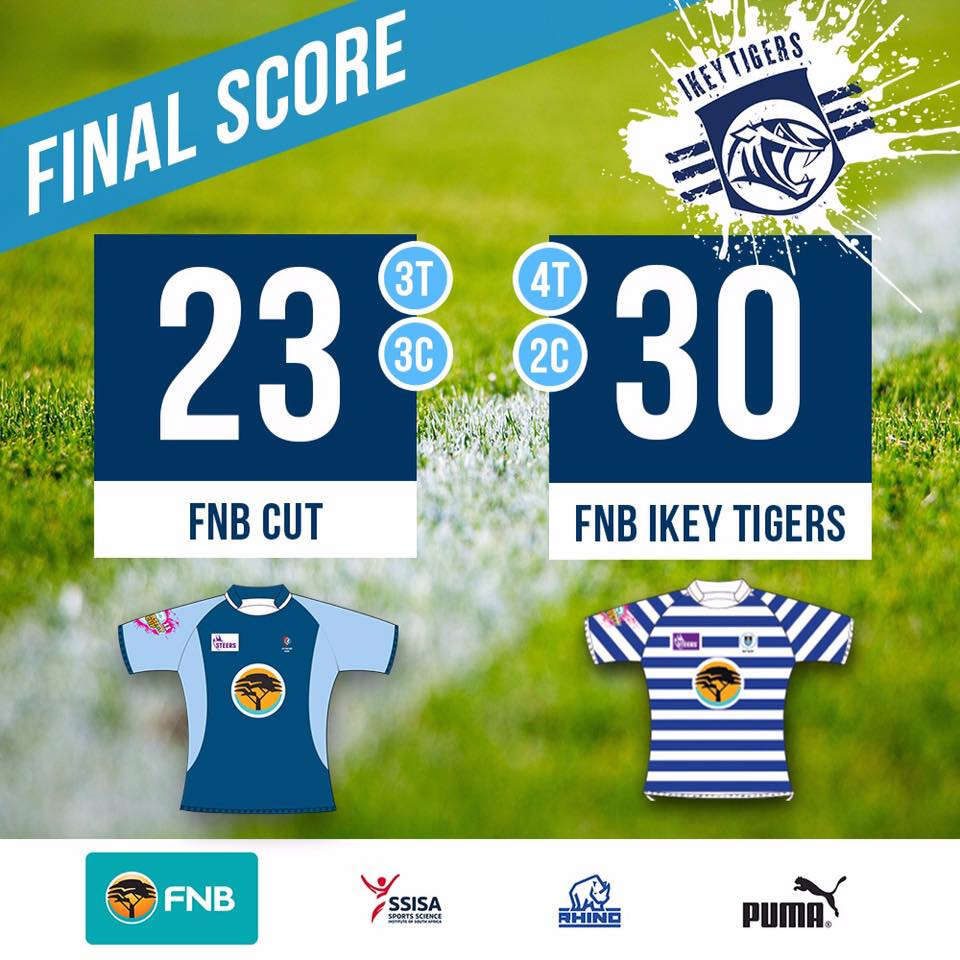 Both teams went into this game with everything to play for, the home side fighting to avoid relegation and the visitors looking to give themselves a fighting chance of making the semi-finals.

This was evident throughout the game as both teams fought tooth and nail to take the advantage early on in the game. It was the home side who forced the visitors to make the most tackles early on but it was in fact the visitors who were crossed the chalk first through lock Duncan Saffy.

The side from the Cape then scored a spectacular 7 point try after an exhilarating counter attack from fullback from Darian Hock which was finished off by scrumhalf Pieter Schoonraad.

The diminutive scrumhalf, the FNB Player That Rocks then scored his second try of the match after some superb support play.  Lohan Lubbe added all the extras and the visitors seemed to be running away with the game with a 23-0 lead.

The home side refused to lie down though and fought their way back into the match after throwing wave after wave of attack at the visitors. Ruan Wasserman who was a constant thorn in the side of the visitors assisted a try for scrumhalf Ruben De Haas.

They were camped at the FNB Ikey Tigers tryline for the remainder of the first half and it took a determined defensive effort from the visitors to make sure the scoreline remained 23-7 at halftime.

The FNB Ikey Tigers looked to put the final nail in the coffin by scoring first after the break through eighth man Nyasha Tarusenga, taking the lead out to 23 points.

The home side looked to really flip the script though after scoring a try during the FNB Ikey Tigers powerplay which resulted in a 7 point try for fullback Dimitrio Tieties.

FNB CUT then called their own powerplay and centre Ruan Wasserman scored a try of his own to make the final few minutes of play real tense.

The FNB Ikey Tigers held onto the lead and took away a crucial 30-23 bonus point victory going into the final round of the competition.

Meanwhile up in Pretoria the FNB UP Tuks secured a valuable draw against FNB UJ to take them out of the relegation zone and set up an intense final round match between FNB UJ and the FNB Ikey Tigers up in Johannesburg.

The sides are now separated by 3 log points and a bonus point win for the side from Cape Town would definitely earn them a place in the semi-finals.