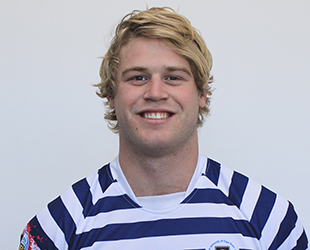 The FNB Ikey Tigers have a new captain heading into the season, with Guy Alexander leading the line as the team looks to do one better and go all the way this year. “I’m very excited. It’s nice to have the role in an official capacity,” Guy said when asked about being named captain. “The team makes it very easy, I consider myself to be a lucky captain,”

In terms of the team, eleven players from the 2015 season will be playing again this year. “Having the experienced heads in the team is big for us because they know what it takes to be champions. We still have a few guys from the 2014 squad as well.”

“The younger guys bring in that excitement and energy, so hopefully it will all prove to be a lethal combination,” he then added.

The team recently played a training game against the Stormers, a session that coach Robbie Fleck branded as demanding and testing. The Ikey Tigers were constantly attacking as the Stormers looked to work on the defensive side of their game. Captain Guy Alexander was happy with their performance, saying: “We were accurate in attack. We had a lot of energy on a hot day in Stellenbosch so I’m happy about that. It’s also good to see what needs to be fixed before the start of the new season and this gave us an opportunity to do so.”

The Ikey Tigers end their preseason with a match against False Bay on Saturday, the 30th of January 2016.

The FNB Ikey Tigers will host FNB Shimlas at the Green Mile on Monday, the 8th of February at 19:00 (TV). Tickets available at (www.webtickets.co.za)

VIDEO: Shimange on rule changes and running the ball