Blog - Latest News
You are here: Home / Comments / DON ARMAND: A MAN FOR ALL SEASONS

Don Armand was born in Harare, Zimbabwe and schooled at Maritzburg College in Natal. Although best known as loose forward, he can comfortably slot into the second row.

Don represented the Ikeys from 2008 and was part of the 2011 Varsity Cup winning team wearing the number six jersey on that memorable day. 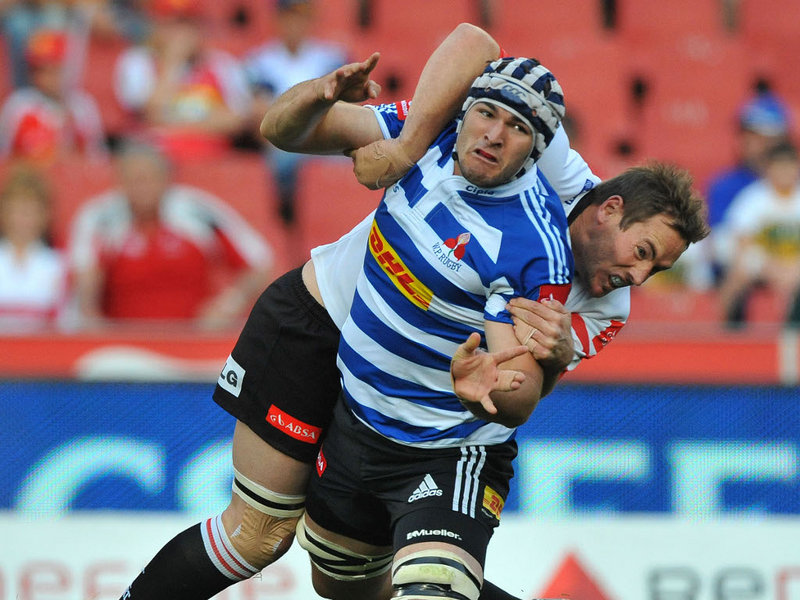 He made his Western Province debut in March 2012 in a 51-22 thrashing of the Boland Cavaliers and was part of the 2012 Western Province Currie Cup winning side, starting in the final against the Natal Sharks in Durban. A Western Province side that included fellow Ikeys, Damian de Allende, Demetri Catrakilis, Nic Groom, Eben Etzebeth and Marcelle Brache.

Due to injuries sustained by loose-forwards; Duane Vermeulen and Nick Köster on the Stormers 2012 Australasian tour, Don received a call-up to the squad for the final tour game against the Western Force. The match ended in a 17-3 Stormers victory. He made his Super Rugby debut as a 75th minute replacement for former Ikey teammate Nizaam Carr.

In July 2013 he joined English Aviva Premiership side Exeter Chiefs.  Don has started the majority of matches this season, despite the competition for places in the team from experienced players such as Thomas Waldrom and Julian Salvi. Don has starred for the Exeter Chiefs in a number of matches and scored two tries in their 41-3 victory over the Newcastle Falcons in the English Premiership. The Exeter Chiefs are a club on the rise under head coach Rob Baxter and at the end of 2015 were lying in second place just behind Saracens in the Aviva Premiership.

Don’s rugby career to date is something of a classic case of a young man who had the right schooling and family values to succeed, but when his family had to leave Zimbabwe things were not easy for him. Fortunately, he was the recipient of a bursary from David Vanrenen, a mighty 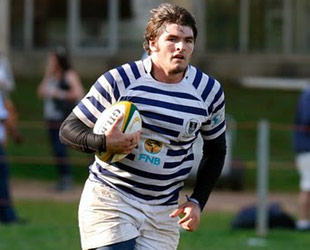 prop in the sixties era at UCTRFC, and the founder and funder of the ‘Charlie Vanrenen Bursary Fund’, established in honour of his son, a fine young man who died in the Bali bomb blast.

Don proved not only a worthy recipient in terms of his burgeoning rugby talent, but a man who exemplified the term ‘IKEY’, encompassing all the inherent values and qualities this implies. The Americans have a term which aptly applies to the ultimate team man; MVP…..Most Valuable Player. That is Don Armand in whichever team he graces.

We catch up with Don……

How are you enjoying life in the United Kingdom?

Loving it here! All I heard before I came was that it was called Mud Island and rained 24/7. Down in Devon it’s been pretty amazing weather wise. Haven’t experienced any snow which leaves me having had more snow encounters in South Africa than I have had here!

Aside from the weather, life is going really well, I have a son called Miles who recently turned 1. And we are expecting another come July! So we have some interesting times to come in 2016!

What does a typical week and match day entail?

A typical week normally consists of 3 days training, then a day off followed by captains run and a game on the Saturday!

Our training days normally start at around 8 am and go till about 2/3pm depending on the day of the week. We gym Mondays and Wednesdays with an optional slot on a Tuesday morning! My days off are daddy day-care days normally which can be like a training session on their own! Captains runs are short and sharp which end around midday and start at 10 which give good time to relax before the match!

Match days at home are awesome, usually get to chill in the mornings and arrive around 2 hours before kick-off…after the match we get dressed into our club suits and go and spend time with family and fans upstairs in the bars!!!

What has been the highlight of your time with The Exeter Chiefs? 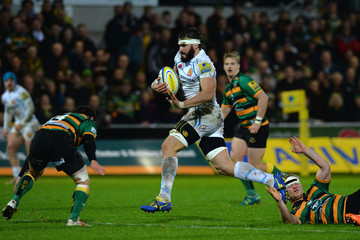 Well there have been quite a few highlights. Amongst the top would be getting initiated two days after arriving at the club, before even participating in a training session!
Another would be being part of the LV cup final win which was a pretty important occasion for the club. This was followed by an open bus tour through the city where we ended off meeting the Lord Mayor of Exeter!

What advice would you give to anybody wanting to play rugby professionally in the United Kingdom?

Hmmm…not to be scared to go out of your comfort zone. Moving country is a really big change and can sometimes stop people from doing it. So don’t be scared to take any opportunity you get to play here. Once you are here I would say don’t be scared of hard work, especially if you find yourself not where you want to be selection wise, your time will come.

It is also important to make sure you can play happily in the environment if you are in. The last thing you need is to find yourself not enjoying a sport which you have always loved to play. Oh, and don’t go too far north, it gets cold up there!

Do you follow the UCT Ikey Tigers and the Club?

What do you miss most about UCT rugby?

I have found myself pretty fortunate to be in a team where there is a lot of emphasis on enjoying what you do with the guys you are doing it with, and that to me was a big part of what UCT rugby was about. But I do miss a freezing cold breeze howling down the green mile whipping rain into your face while you are trying to play a bit of running rugby!! And the greatest memories I have were the after match fines sessions that saw guys like Marcel Brache, Nic Groom and Danger (Dayne Jans) make up some incredible fines songs for every individual in the team. To me the value they added in making everyone in that team feel part of something special is something I will never forget.