If you seek to understand what makes Cecil Moss the UCT, W.P and Springbok rugby player a man who epitomizes the combination of a rugby player, professional medical luminary, rugby coach, and a fine example to all as a man in the amateur era of rugby; get hold of his book by hook or by crook. My copy occupies a special place on my bookshelf. 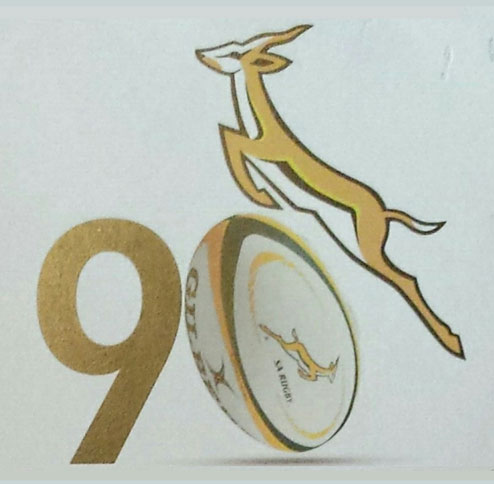 One of the very fine players and men Cecil nurtured, mentored and developed to his full potential is Ian McCallum, UCT, W.P, and Springbok fullback. Ian, a man of deep understanding of what makes men tick, when asked by your scribe to encapsulate the core of what made Cecil Moss an exceptional rugby coach, pondered briefly and said; ‘I can say it in one sentence: Cecil was a superb man manager, a mentor, a guide, a friend. He could lift you up when you had a poor game, and he could bring you gently down to earth when you floated too high in the rugby clouds’ O.K, that is two sentences. Cecil deserves all the praise and acclaim many would express if I had asked them.

I was never coached by Cecil, so the man I have got to know is from the viewpoint of a somewhat battered ex lock and very proud UCT rugby man after his illustrious coaching career ended. UCT has had such fine men coaching them over the years that it is enough to say that I found my chats to Doc Moss at the Sports Science Centre, where he headed the older brigade in quiet, unobtrusive workouts, a reason to go to the Palace of Pain. Cecil’s knowledge of rugby is astonishing and his quiet, persuasive manner of imparting  that knowledge, an object lesson to some of the modern, screaming and shouting hysterical poseurs, being paid a fortune for coaching by numbers. Cecil coached by careful thought, personal experience on the pitch and as Ian said, superb man management, was an exceptional coach as his record confirms. More importantly his legacy is the men he nurtured and mentored. 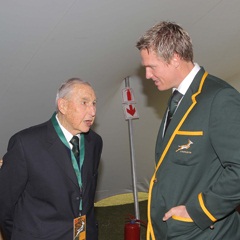 May your nineties be as fruitful as you deserve, Cecil, and we look forward to your century not out.