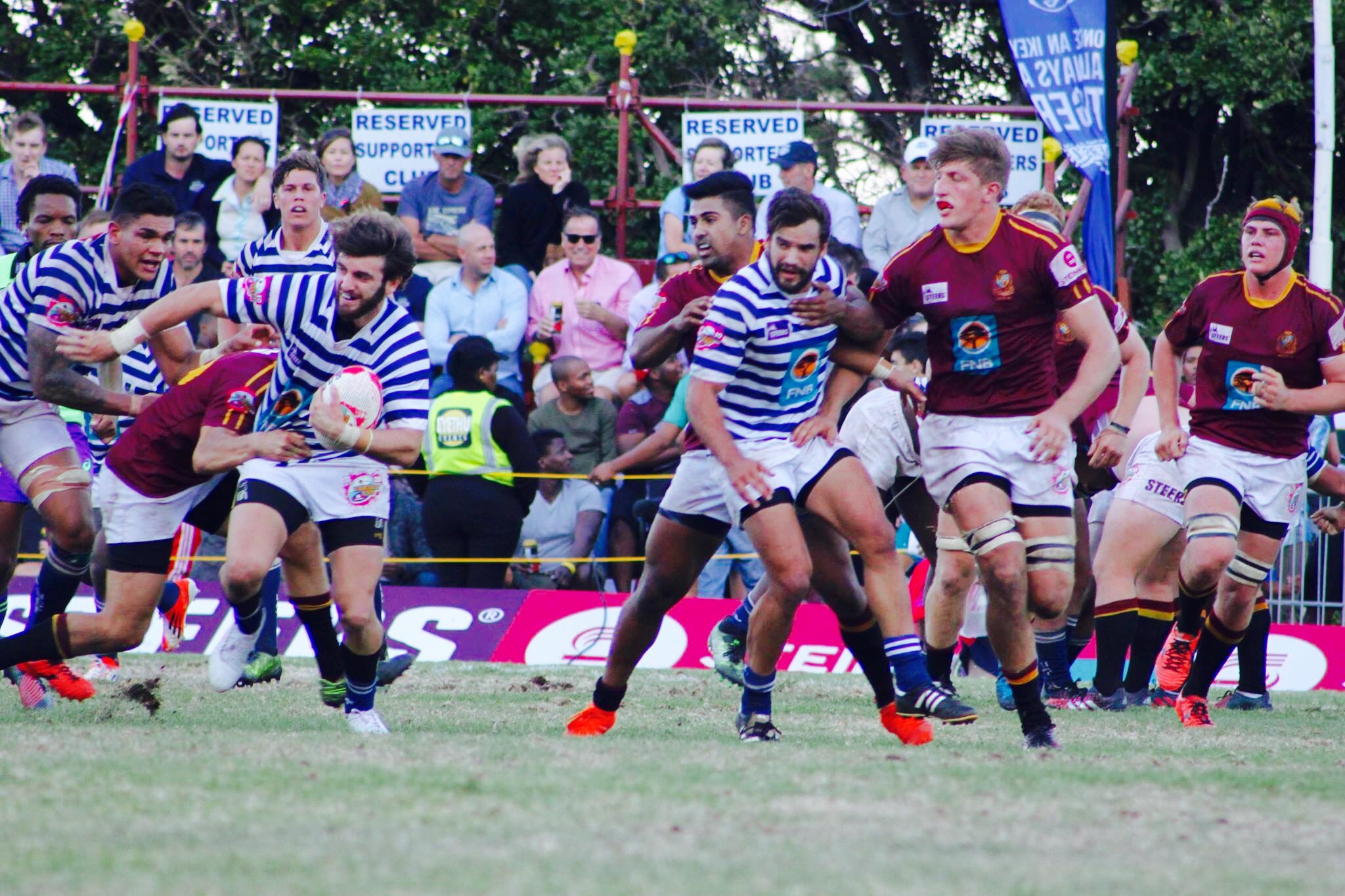 After a brief hiatus, the FNB Ikey Tigers are ready to resume their campaign as they host FNB Maties in what is set up to be a challenging inter-varsity match. Despite the difference in their run of form, the home side will be looking to go the distance against their age-old rivals.

“Intervarsity is always a nice game when both teams come prepared to play on the day. Maties are the in-form side at the moment, and they’re favourites going into this game. We know it’ll be a tough task for us, but we’re ready to fight and compete,” said Christiaan Esterhuizen.

After ending their 2017 FNB Varsity Cup campaign as runners-up, FNB Maties have continued their run of fine form in the league. There’s no doubting that they are formidable opponents, as so far they’ve managed to defeat defending champions False Bay as well as overwhelm FNB UWC by a margin of seventy points.

Returning from their mid-semester vacation, the team has resumed their training as well as taken part in some team-building activities away from the rugby field. “We had normal training on Monday, and the next day we went and played 5-a-side football as a team before enjoying some drinks together. We just wanted to keep the team vibe up, as that’s what makes us UCT,” explained coach Esterhuizen.

Fun and games aside, the team’s eyes are set on Saturday’s derby. With regards to the new team, Michael Kumbirai is available for selection while both Alva Senderayi and Brad Bosman remain unavailable. Official team announcement to follow.

The match is set to kick off at 16:00 on Saturday, the 13th of May at the Green Mile. Make your way down to the stands and show some Ikeys spirit!

Maties Prove to Be Too Strong
Scroll to top