You are here: Home / Club News / Club Rugby at Newlands

With the looming closure of the Newlands Rugby Stadium, we thought it would be good to share some memories and photos. This will be the first of a few articles about The Grand “old lady” of South African Rugby.

Club rugby was the heart and soul of Newlands during its early days until the decision was made to stop club games, mainly to preserve the field for provincial and international games. Many will remember when there was no grass in many areas of the field, particularly where kick-offs were received.

One could watch three club games every Saturday on the Newlands A field and at the same time on the Newlands B field (where the Sports Science building is now situated) there were games being played. As a result, there were usually large crowds of people watching the games, particularly the “main game”. The traditional teams like Villager, Hamiltons, Maties, False Bay and Ikeys featured but at that time clubs like Police (the Bobbies), Milnerton and Union (before they amalgamated), Northerns, Defence, Gardens and Van Der Stel were household names.

Most of the supporters of the various teams would stand or sit together in the main grandstand which built a great atmosphere for both players and supporters alike. There were wooden benches surrounding the field where the youngsters would sit just a few feet from their heroes and feel every tackle or the thudding sound of a player running down the wing.

An extra-large packet of peanuts cost a mere ten cents and there were plenty of vendors walking around selling wares. It cost a few cents to pass through the turnstiles and programmes were available in glossy printing with news, pictures and team sheets. A star or an Asterix would indicate if a player had played provincial or Springbok rugby.

There were limited provincial and international games and it was not unusual to see a number of provincial and Springbok players every Saturday. It was also a good place to spot the up and coming talent, particularly when the Ikeys or Maties played. A young player making his debut had every chance of having to face an opposite number who was a current WP or Springbok player.

Interestingly, the first match that was played at Newlands was a school game between Bishops and SACS to see if the ground would stand up to it. The ground was officially opened on 31 May 1890 when Villagers played Stellenbosch.

It is said a picture is worth a thousand words, and the pictures below should bring back some memories of club rugby at Newlands and the young Ikey heroes who would go and play against hardened campaigners every Saturday with a never say die attitude and playing an exhilarating and unique brand of running rugby. 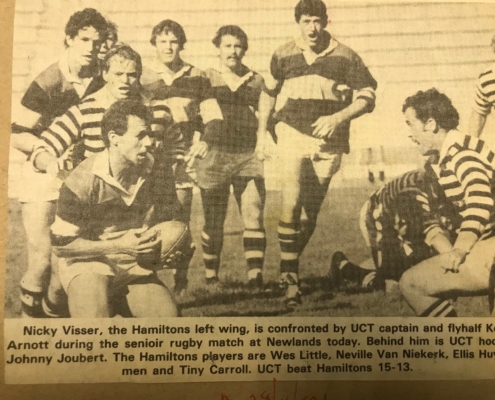 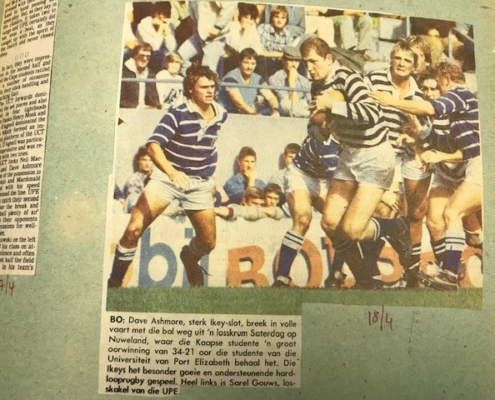 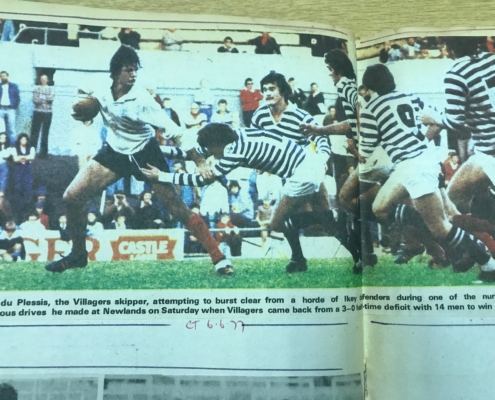 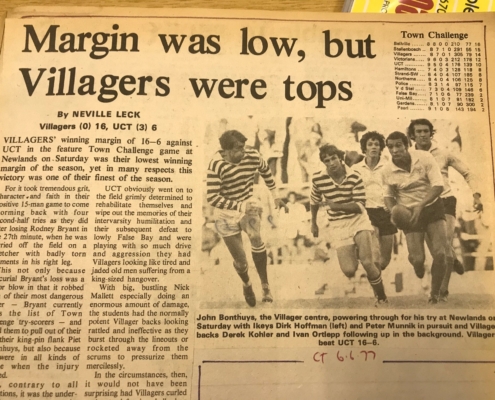 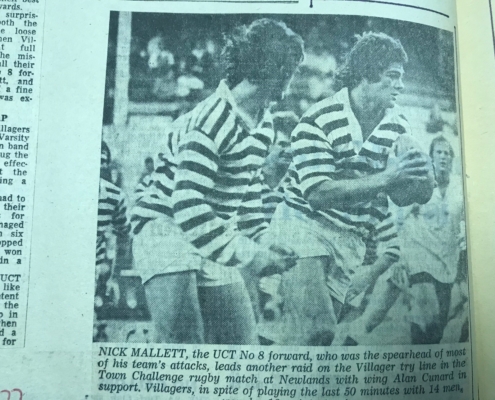 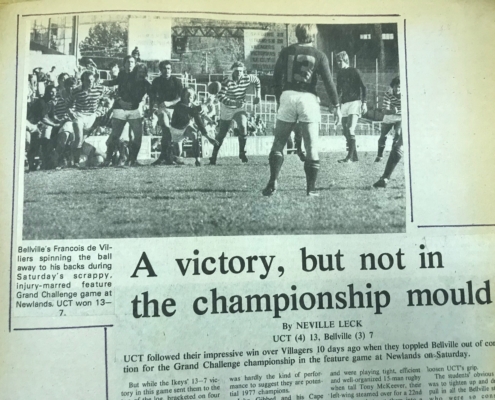 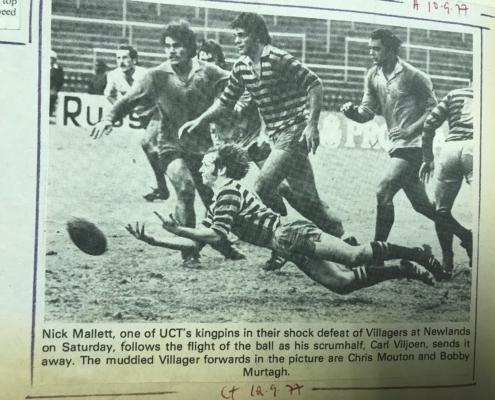 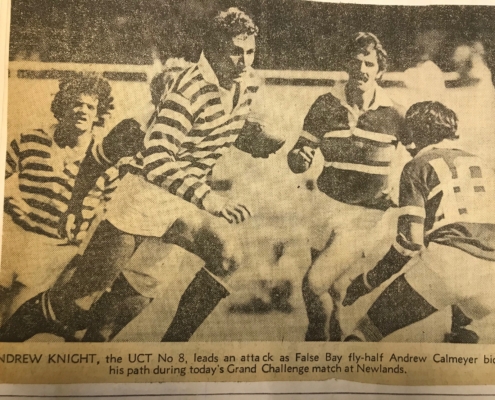 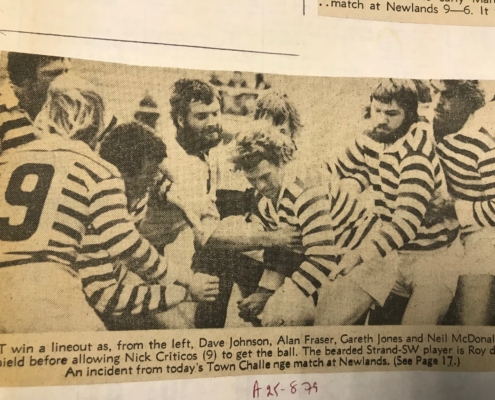 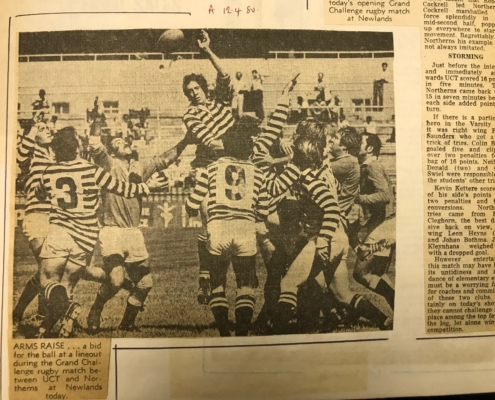 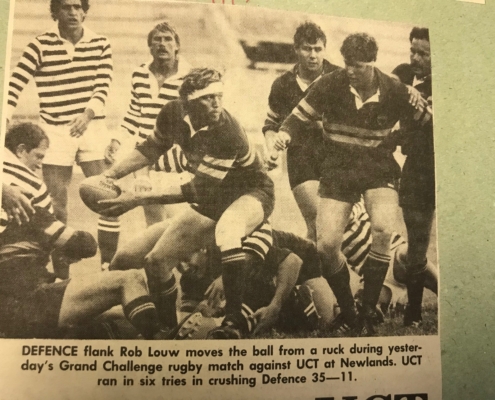 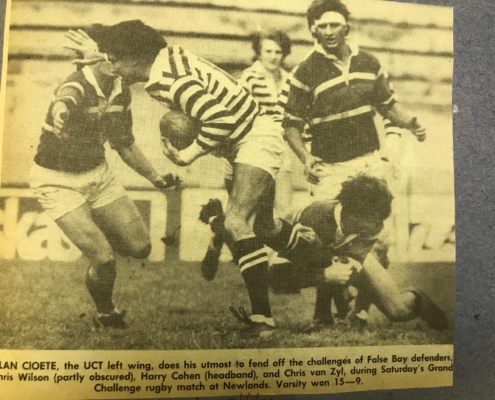 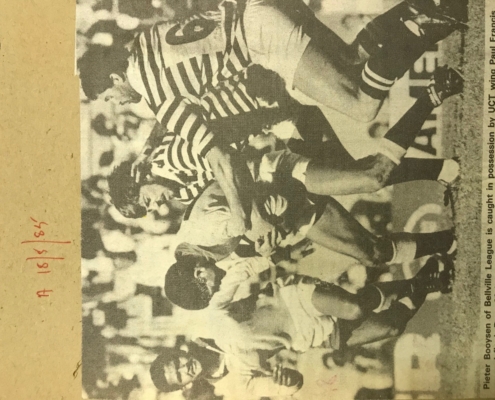 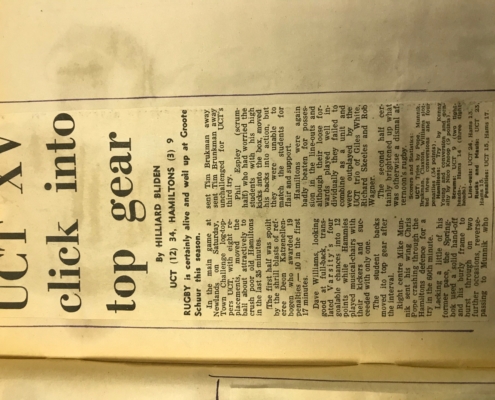 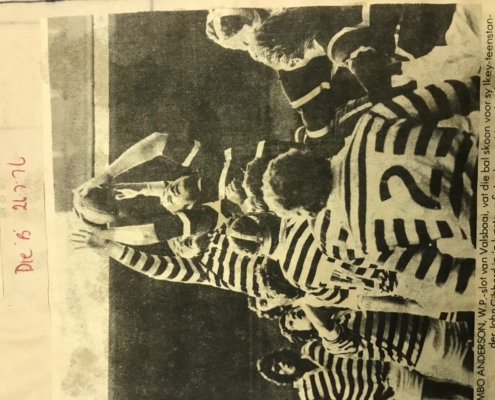 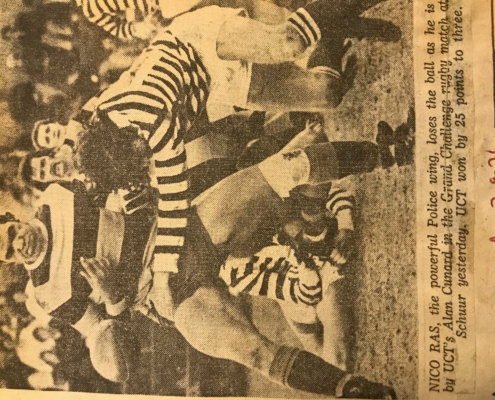 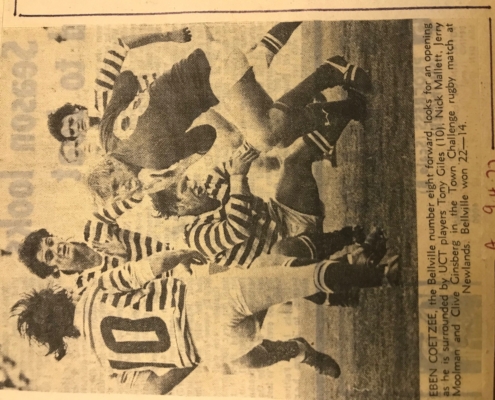 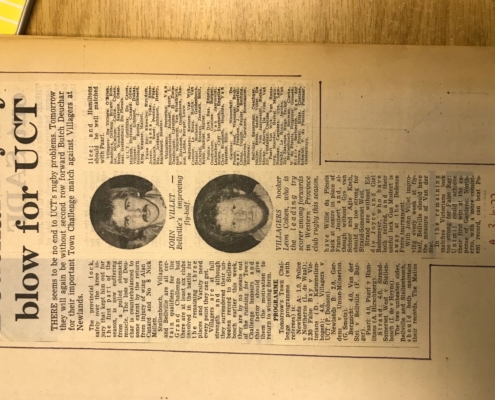 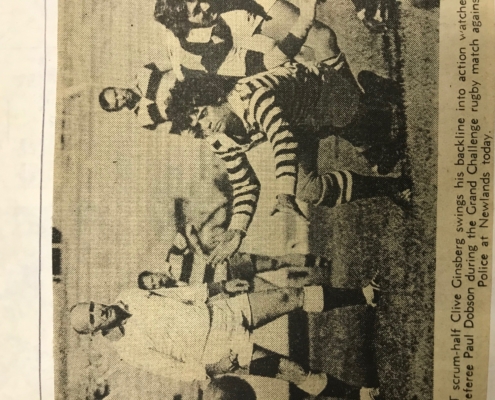 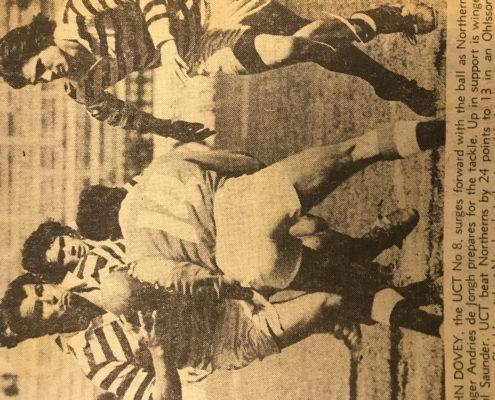 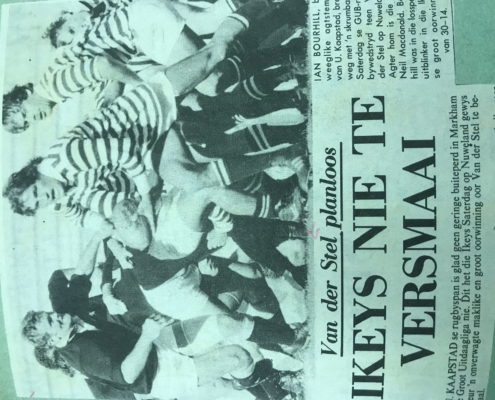 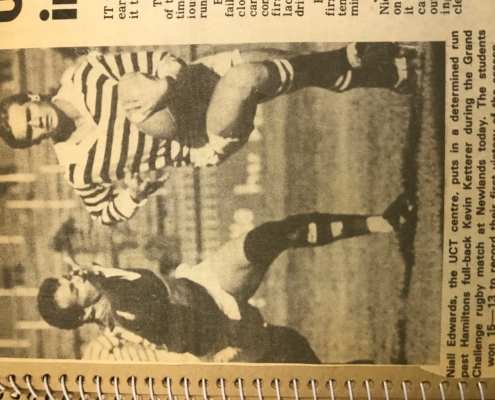 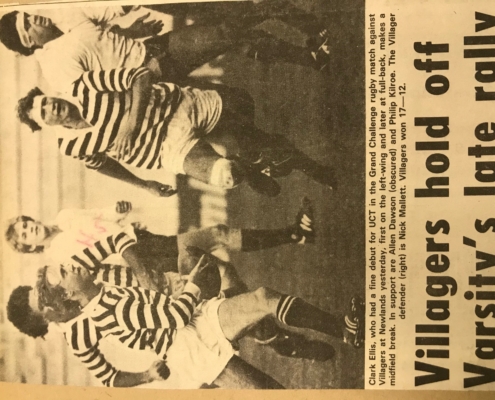