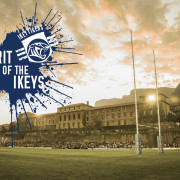 “The Spirit of Ikey Tigers”, a short film capturing the essence of Varsity rugby at the University of Cape Town. 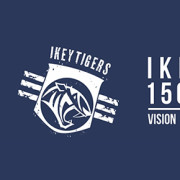 Our 2016 Varsity Cup campaign was by some margin the worst we have suffered in the nine years since the tournament started in 2008.   We have a proud history in this competition as two-time champions, twice losing finalists and with a total of six semi-finals.  So to lose every game, many by record margins, was tough to accept – for the team and the whole Ikey Tiger supporters family. So what went wrong?  And can we fix it?

At times this year we have fielded a 1st XV with eight U20 players.

The real VC contenders however continue to improve year on year.  To illustrate this, 39 of those who played in the VC semi-finals in 2016 have gone on to play Currie Cup or Super Rugby since then.

Once the losses and injuries mounted, the team’s confidence was broken and without hope enjoyment is lost and performances spiral downwards.

Less significant, but still important were the changes in the coaching team.  It is easy to criticize our coaches as everyone looks at the scoreboard and the log, but few appreciate the circumstances in which they must work.  We were very lucky to get Shim as our head coach at very short notice, thanks to his loyalty to UCT and the help of WP, for which we are grateful.  However, he needed to assemble a new team of coaches, trainers and managers at short notice and build relationships with a new squad of players.  As capable as he and his team are, this would almost always require some time to adjust and we had precious little of that in a short and unforgiving competition.

In investing we say the five most dangerous words are “it’s different this time”.  But for the Ikey Tigers it has to be!

If we don’t get much greater support from our supporters and the University itself, our ability to even survive, let alone rebuild into a competitive team, is under real threat.

Our competitors have become semi-professional and the gap between the Varsity Cup contenders and also-rans is becoming ever wider. Our best guess is that the group of real VC contenders have budgets of at least 500% of ours. This they spend on bursaries, coaches, administrators and facilities, all of which we envy and would love to emulate.

To do this we simply need more money.  Not to match them but to ensure that the gap is manageable – perhaps 3 to 1.

More controversially, there are no financial restrictions in the Varsity Cup rules, and most of our rivals make substantial cash payments to Varsity Cup players – something we have neither the ability nor inclination to do.  Moreover, the admission requirements, course rigour and expectations for academic progress at our rivals are very different to those at UCT – again something we have no ability nor inclination to change.

UCT itself does little for high performance sport.  Sport at UCT is chronically underfunded (something unlikely to change given current financial pressures), but also focuses on wide participation and equality of treatment across all sporting codes irrespective of the environment in which they operate – the impact of this on high performance sport is clearly shown by the conspicuous lack of success in almost all UCT teams.

So what’s the good news?

This year’s team will be older, harder and better prepared next year.  Already the rebuilding has begun and the performances in league have shown improvement and most importantly, real grit.

The Tiger Cubs have just won the Hedley-Atkins trophy against Maties for the second year running and enjoyed possibly their best ever Varsity Cup Young Guns campaign. They are unbeaten in the first half of the league.

We have some lead time to recruit and prepare for VC 2016 and are getting more help from WP than ever before.  We have received a substantial pledge from an alumnus towards our Ikey Vision 150+ Campaign, which will materially increase our ability to offer bursaries to financially needy players.

We have a core of inspired, and largely volunteer, coaches and administrators.  We have built an unrivalled culture of love, joy, courage and intelligence that is the envy of our peers.

But we can only bring this to bear if we can assemble a core of good enough players and provide them with excellence in coaching, conditioning and support.  We have to be able to plan more than month-to-month and season-to-season.  This requires a supportive UCT environment and much more funding which can only be sourced from our alumni and supporters.  Our Ikey Vision 150+ Campaign has not yet had the response we would have hoped for nor what is needed to ensure survival and success.  We forge on and I appeal to you to recognise the severity of the crisis we face – without your help we can expect more of the same, perhaps worse.