You are here: Home / Ikey Pub 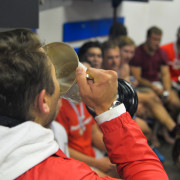 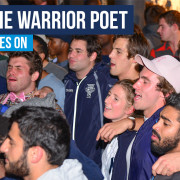 Did you know the Ikeys have a team song called “The Warrior Poet”?
Specifically composed and created for the team by UCT alumni and musical talent Andy Schar, it has become an anthem for the UCT rugby players and has been sung by thousands since it was introduced in 2009. Usually there is even a talented player – or coach – who will jam it on their guitar or a piano if there is one close by.