You are here: Home1 / U202 / Catching up with Ikey Tigers U20 Young Guns Head Coach, Josh Carew 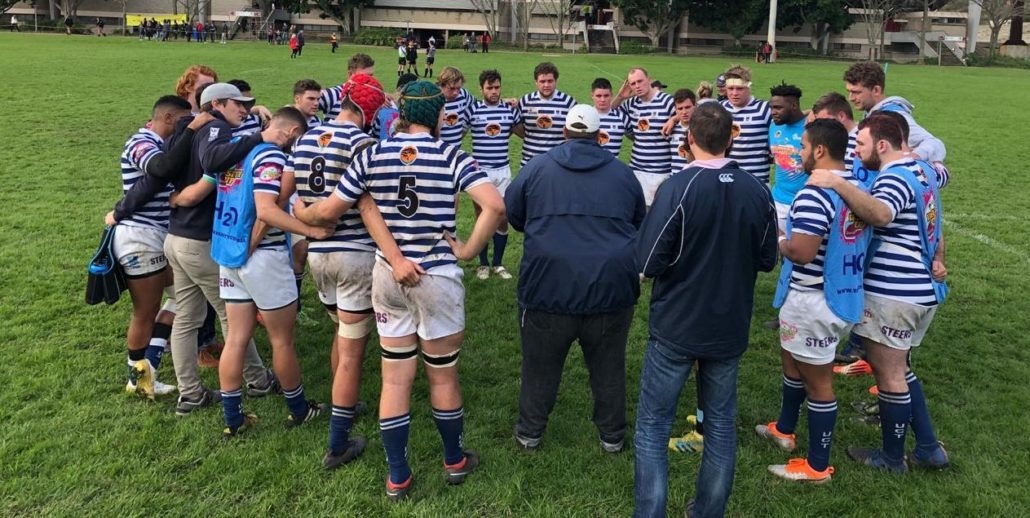 Josh Carew is the new Head Coach of the Ikey Tigers under 20 Young Guns Cubs squad. Josh is a well-respected coach both at club and school level. He is a fantastic club man, coach and mentor and he has a wonderful history with the club. We are delighted to have him leading our Young Guns to success.

He plays outstanding running rugby and is known to never lose a line out; he’s so specialised in that area of the game. Interestingly enough, he is also an attorney.

We caught up with Josh Carew to see what’s in store for the cubs ahead of the 2020 Varsity Cup Campaign.

We are very happy with how the 2020 Cubs squad is shaping up. We are blessed to be in the catchment area of schools with rich rugby history, such as Rondebosch, Bishops, Wynberg and SACS; that provide varsity with the local southern suburb talents. However, next year sees our pool of players coming from all over the province and country- which is great for UCT. We are fortunate to have attracted some exciting talent to the Ikey Family for the upcoming season, which will complement the strong core of returning players. Our returning players are fresh off a Varsity Cup semi-final finish in 2019, as well as an unbeaten Super A League (Maties pipped us on points difference); so all things considered, we’re in pretty good shape going into the new year.

How has your pre-season training progressed and what is still planned prior to the opening game on 10 February away against Pukke?

Pre-season up till now has come with its own unique challenges this year. With some of our squad training with the 1st XV during their pre-season, and many of our squad residing outside of Cape Town, coupled with valedictories, exams and then Rage; it was often tricky getting everyone on the field at the same time. That being said, we adapted as best we could, and for the most part, those that have attended the sessions have worked hard on their on-field and off-field conditioning and skills. With the bulk of our squad meeting on the 6th January, we know that our hard work as a squad starts then. Fortunately for us, the Young Guns first fixture is a week later, which gives us more time to prepare for Pukke on the 10th February! Having lost to Pukke in the semi’s last year, all our focus and energy will be towards ensuring we start the campaign on a positive note. Pukke had an outstanding season in 2019, and we know that we will have to bring our A-game to start the campaign strongly.

We could not help but notice that at pre-season training there were a number of boys from the Northern Suburbs and Boland schools included in the training group. Are the Ikeys attracting more youngsters from “non-traditional” Ikey schools?

Yes, absolutely! Essie and Jono Field have done an outstanding job with the recruitment for the club and more specifically the Cubs this year. The best I’ve seen in 5 years at the club. We have managed to attract boys from Paarl Gim, Paarl Boys, Paul Roos etc. As stated already, we already get plenty of talent from the southern suburb schools, but it is brilliant that we can now also start attracting talent from outside the traditional Ikey-feeder schools. This is hopefully the start of a long relationship with these schools. Getting five to ten players from the Northern Suburbs/Boland schools has really boosted our squad, and none of that would have been possible without the hard work from our Ikey recruiters.

2019 results were excellent with the Ikeys clinching 3rd place and a semi-final place. What lessons have you learnt from last year’s campaign?

Always have spare tightheads in the squad! Unfortunately we came so close to playing in the final last year, but injuries hurt us, and it seemed to target our tighthead props. We went into the semi-final with guys playing out of position and at this level of the game, it is difficult to compete if you’re not at your best.

We have recruited well, in all positions, so the depth and quality of this squad is not in question. A lesson from this year is to ensure that our lads stay fit and healthy throughout. How we manage the players and manage their workloads will be key in ensuring that they are constantly playing and performing at their full potential. It is a 10 week competition in three months, so it is very physically and emotionally demanding. We unfortunately felt we were at our weakest when it came to the playoffs this year, where in reality we need to be peaking if we want to have any chance of winning the competition.  Last year was the first time the Cubs played in the extended Varsity Cup Fixture list, so that took its toll on our players. We will be mindful of that going into the comp this year.

What have been your main focus areas in preparing for this season?

Half our squad is new to the Ikey Family, new to the southern suburbs and in some cases new to Cape Town. Our goal for preseason is to unite a team and get them to love each other first and foremost, then start loving Varsity and everything that it stands for. This is often easily achieved in the pub or during various social events. From a rugby perspective, we have a clear idea of how we want to play the game; and this is where the hard work starts. We as management are well aware that if we are not conditioned enough, everything else becomes tough to implement. Therefore there will be a strong emphasis on conditioning to ensure that we can play the game we want to play. Varsity is renowned for its attractive brand of rugby, and I think players come to Varsity to express themselves on the field. So there is a big emphasis on this next year too, to ensure that we play a brand of rugby that we are proud of…within reason. Our players all come from different backgrounds and have different skill sets, so a key factor will be to upskill the players and get them to buy into the Ikeys way of playing.

Who has been involved in pre-season coaching and who will be a part of your coaching team for the Varsity Cup?

I am very fortunate to have a strong coaching unit to assist me. Michael ‘Foley’ Muller is the backline and attack coach. He has been with the Cubs for the last three years, and undoubtedly has made an impact over the years with regards to the brand the Cubs play as well as the skills development of many of the Ikeys players. Mark Lindenberg, a new recruit to the Ikeys, is heading up the defense, breakdown and off-field conditioning for the Cubs next year. Mark having coached many years at Rondebosch, and more recently at False Bay, has seen the light as an ex-Matie student, and finally joined us at UCT. Christiaan ‘Essie’ Esterhuizen rounds out the coaching staff. I jumped at the opportunity to get Essie involved with the Cubs when he became available, as he has so much to offer both the team as well as the management. Essie will be taking charge of our skills, kicking, counter-attack and analysis; but most importantly he will mentor the management group as a whole, as his experience is invaluable. Jono Field will once again be the manager for the Cubs, and he is instrumental in the player wellness throughout their transition from high school to varsity.

Will the team continue to play the core style of play of 2019 or can we expect anything different this year?

Without giving too much away, I think we will as much as possible stay true to the Ikeys brand and play an exciting, easy on the eye style of rugby. But we will most definitely change things up, and try to be innovative in our approach to our game. That being said, we must respect our opponents and conditions, and will always do what we believe will enable us to get victories and be successful. We want to play a positive style, as the Cubs have done for the past few years; but we do (or maybe I do) believe, that a maul try is as good a spectacle as a 50 meter break!

It has been said that with the Unions contracting less school leaving players that the Young Guns VC is going to become more competitive. Are you expecting our competitors to approach the Young Gun’s competition with more focus and resources in 2020?

I think the fact that Cubs have attracted players of such quality that would usually be contracted to Unions, is already a strong indicator that the Young Guns VC is going to be stronger than ever before. We are under no illusion that whilst we have recruited better than ever this year, so too have other teams. Our hope is that this competition is tougher and more competitive, as that will be brilliant for the competition and future Varsity Cups.  Our approach will remain the same. We will continue to back our structures and processes at UCT, and continue to focus primarily on ourselves to play a brand of rugby that we can be proud of. Of course with the standard of the competition increasing, there will be less room for error and slip ups. The beauty of the competition is that all eight other teams now also have stronger squads, and are training hard and being innovative to win the cup. We will continue to respect all teams in the competition and prepare for them with the respect they deserve; but fear none of them. If we can keep our squad fit throughout, continue working hard, and with a little bit of luck; there’s no reason why we can’t be competing amongst the best to bring to the Young Guns Cup to the Green Mile for the first time.

Become part of the Tiger Tribe!

Ikeys in the News January 2020
Scroll to top