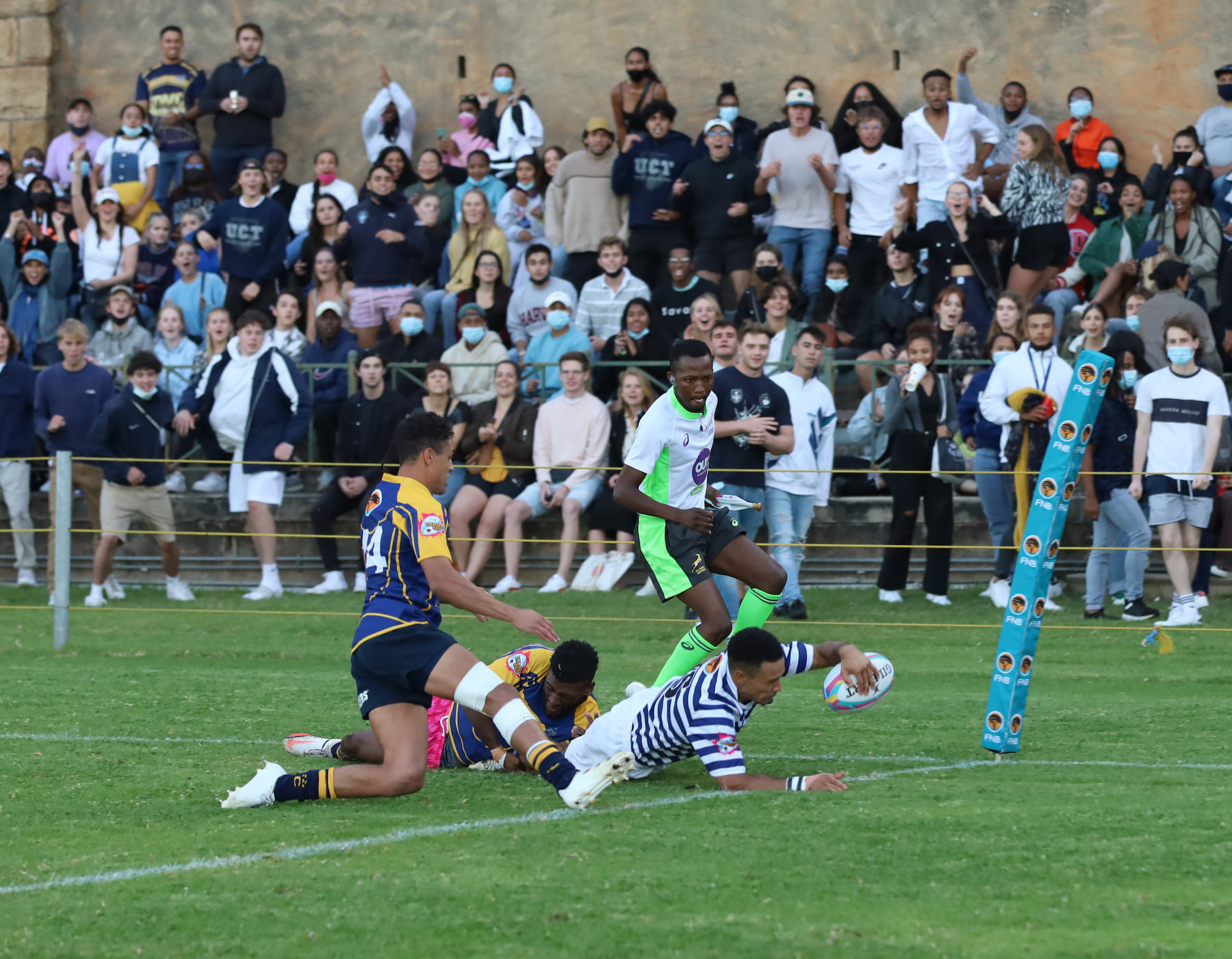 A dominant 51-26 bonus-point victory over UWC on the Green Mile – in front of fans for the first time since Covid – saw the Ikey Tigers power into top spot on the Varsity Cup log.

Playing with the omnipresent Green Mile “Zephyr” behind them in the first half, the men in blue and white made the most of very tricky conditions to claim the annual Chester Williams Memorial Trophy.

UCT got off to a flyer with wing Duran Koevort dotting down in first minute of play. A try he duly converted. The hosts continued to have the better of the game, extending their lead through loose forward Sipho Dyonase, who ran an excellent line off a William Rose pass.

The visitors tried to get their traditional running game going, but in the face of a quite ferocious defence, handling errors tripped them up on a number of occasions. And with half backs Rose and Dave Hayes controlling the game, Ikeys added to their lead via Luthando Woji and Connor Evans tries, which saw them head to the sheds 28-0 up.

UWC were quickest out of the blocks in the second half as No 8 Shaine Orderson went over for their first try of the match, converted by centre Lyle Hendricks.

The second half was a bit more competitive than the first as UWC started to find their rhythm with ball in hand and get some of their dangerous backs into space. It was interesting to see them choose this option instead of using the wind to get field position.

Wing Peter Williams and scrumhalf Conwill Conradie added tries for UWC, after Mika Schubert scored for the Ikey Tigers, to make it 35-19 with 15 minutes to play.

It was then that the Ikeys ran riot, with replacement (and debutant) scrumhalf Imad Khan unselfishly given a try by teammates, before Ntokozo Makhaza cruised in to bring up the half-century for the home side.